Having watched this movie (released in the UK as Perfect Strangers), I’m realising I need to watch more of Robert Donat. He—and Deborah Kerr, who overdid the saccharine act in Quo Vadis—pull off this unusual tale of a wartime romance with ease. Frankly speaking, wartime romances à la A Farewell to Arms don’t thrill me. I hate the angst, the fear of the loved one copping it, etc. Too much stress.
So Alexander Korda’s Vacation from Marriage, never too blue, never really distressing and with a mostly predictable end, was perfect. Sweet!

1940, April. Catherine (Deborah Kerr) and Robert Wilson (Robert Donat) have been married four years. Robert’s a bookkeeper; Cathy spends her time nursing a perpetual cold and pottering about their bleak little flat. She is, as Robert describes her later, quiet, simple, dependable. Not a pinup girl.

But then, Robert’s not much better himself. As Cathy says (later), “I’m not saying he’s Clark Gable.” 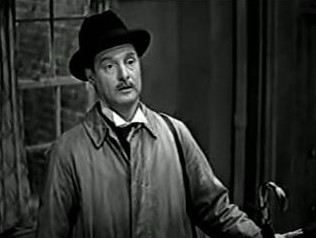 Robert’s life is like clockwork: leave home at 8 (after winding up the clocks and picking up the brolly), reach office at 9, leave office at 6, and get home at 6.30 after buying a newspaper at the shop down the street.
To put it mildly, Robert and Cathy lead sedate lives. More bluntly, they’re dull as ditchwater. They’re caught up in the humdrum of daily routines, have little to say to each other, and aren’t going anywhere except on an annual vacation to Clacton-on-Sea.

But Robert gets called up to join the Royal Navy, and ends up on the HMS Benbow. The first to go are his ghastly toothbrush moustache—the Navy won’t tolerate it—and the mop of hair he’s always combing down. Then, his diffidence and general dullness start taking a beating. He’s actually turning into an interesting man: friendly, self-confident, and yes, yummy in uniform! 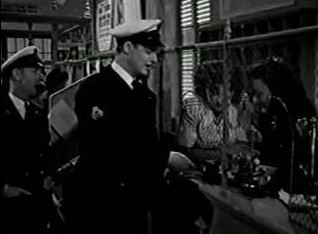 Cathy, meanwhile, has enlisted too—in the Women’s Royal Naval Service (WRENS). Her first day, she makes a friend: the likeable Senior Rating, Dizzy Clayton (a very peppy Glynis Johns). Dizzy swiftly sets about revamping Cathy, and soon we have another successful makeover. Cathy, all made up and with a smart hairdo, evolves into a very competent WREN. No wonder, then, that Dizzy’s cousin Richard (Roland Culver) falls for her. But Cathy insists that she’s devoted to Robert. 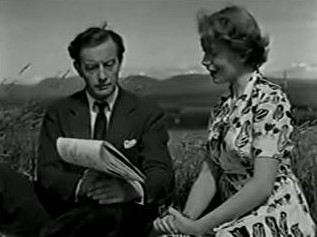 Robert’s ship goes down, and Robert lands in hospital with frostbitten hands. While recuperating, he finds himself confiding in the nurse, Elena (Ann Todd), telling her about Cathy. There’s a mutual attraction of sorts, but it doesn’t get any further: she’s mourning her recently killed husband, and Robert convinces himself he still loves Cathy. 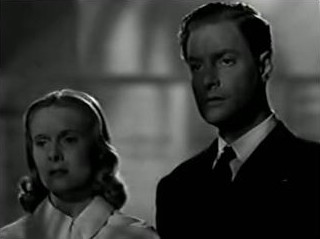 Out of the blue, both Robert and Cathy get 10 days’ leave at the same time. They’ve been waiting for this—or at least telling themselves they’re waiting—for the past three years, so they plan to meet back at the flat. On the way there, in their respective trains, they discuss each other: Robert with his mate, Scottie; and Cathy with Dizzy. The conclusion’s the same: neither wants to go back to the helpless, boring and utterly colourless spouse of three years ago. 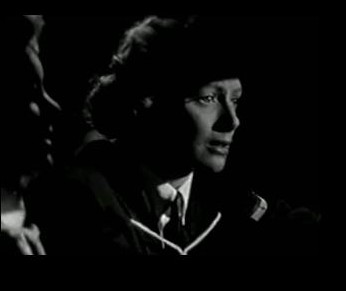 Cathy, in fact, chickens out and phones Robert at the flat, saying she wants to leave him. She agrees to meet him, though, at the bus stop. It’s night-time, so neither can see the other too well, but they meet, hurl recriminations at each other, and agree on a divorce. 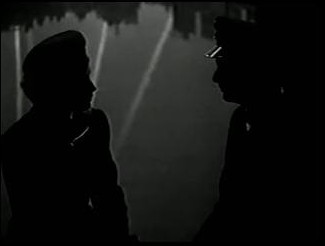 To talk it over, Robert persuades Cathy to come with him to the local pub, where Scottie and Dizzy will soon be landing up.
Here’s where one of my favourite scenes begins. Cathy and Robert enter the crowded pub, and Robert goes off to get their drinks—all without seeing Cathy’s face (or her seeing his). The moment when they actually come face to face is priceless! 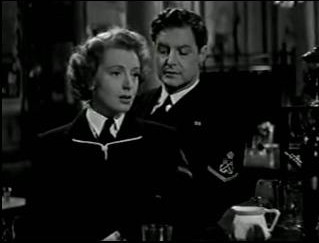 But an attractive spouse—even if he or she’s gorgeous enough to have your best mate doubt your sanity in wanting a divorce—isn’t enough. Robert and Cathy bicker, digging up old hurts. In the process, they also find that a lot of pre-war misconceptions they had about each other get cleared up… but no, when they part, it’s still on bad terms. Really bad.

So what happens? Does Robert collect his gear from the flat and move on out? Does Cathy remain adamant that she doesn’t want anything to do with her `old maid’ of a husband? Watch!

What I liked about this film:
Donat and Kerr are delightful—and very convincing, both as a drab and boring couple and as attractive, self-assured people.
The scene in the pub is superb. Not just their sudden (and dramatic) recognition of each other, but also the subsequent dialogue. There’s a subtle chemistry coming through here, of two people who’re raging at each other, but whose shared past actually does bring them closer in ways they probably don’t realise.

What I didn’t like:
The end’s too hurried. I found myself looking worriedly at the timer and wondering how a plausible end could fit into two minutes.

But, despite that unsatisfactory end, a lovely film that left me with a smile for the rest of the day.