This was not the post I had intended for this week. As a matter of fact, I had not given any thought to what I’d write about, but I had imagined it would be something light-hearted (perhaps a song list I’ve been working on for a while). Something, definitely, cheerful—to help me get over the sadness of one of my favourite actresses having passed away. Something too, to build up the spirit of good cheer for Christmas.

Instead, I began the week by learning that another favourite actress of mine, Joan Fontaine, award-winning lead of Hitchcock’s Suspicion (and the female star of his superb Rebecca), had passed away, at the age of 96, on the 15th of December. Just a day after the death of another legendary star, Peter O’Toole, the Lawrence of Arabia (which I heard about only on the 16th, as it happened). 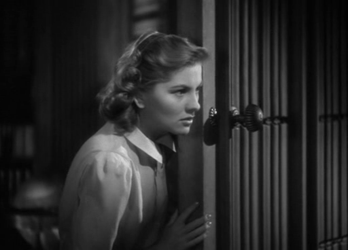 Should I have dedicated a post each to Joan Fontaine and Peter O’Toole? I suppose I should have, since I liked both of them a lot. Both, too, were very fine actors, among the A-listers of their time. In fact, I began today to watch O’Toole’s The Lion in Winter, and even dug out my copy of Suspicion, to see it all over again. I could not, though. I watched a bit of The Lion in Winter, and then gave up. Not because it was a bad film; far from it. But because my heart was just not in it.

I have lost count of the number of people I have posted tributes to on this blog over the course of this year. Or even over the past five years, ever since I set up Dusted Off. When I began, this was meant to be a blog featuring film reviews and lists. Since then, to those I’ve had to add tributes. To Dev Anand, Shammi Kapoor, Shamshad Begum, Manna Dey, Nalini Jaywant, Kalpana, Jean Simmons, Eleanor Parker, Ravi, Achla Sachdev, Rajesh Khanna, Tony Curtis, Dara Singh, Elizabeth Taylor, Pran… and, oh, so many more.

As Shilpi Bose remarked on my Eleanor Parker tribute, we are sad, even though there seems to be little (or no) reason to be sad about the passing of all these people. True. It’s not as if I knew any of these people personally. And, since I’m never too interested in the personal lives of other people, I rarely read biographies or watch interviews—which means I rarely, if ever, hear the gossip, unsavoury or not, about them. Which all boils down to one fact: these are people I know only through their work. And I admire, like, even love them, for their work. 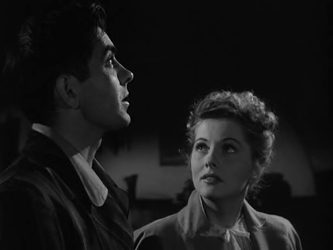 In most cases, these people hadn’t even worked in a while (people like Nalini Jaywant, Kalpana, or Eleanor Parker hadn’t appeared onscreen in decades). Actually, most of these people whose films I love so much had stopped working—or had moved away from centrestage—by the time I was born.

Why, then, did I have a lump in my throat when I heard Dev Anand had died, or why did I watch one Shammi Kapoor film after another in an attempt (unsuccessful) to get over my depression when Shammi Kapoor died? Why did Manna Dey’s death affect me so much? It’s not as if with the passing of these icons, their work has stopped. Far from it. Their best work lay well behind them. It’s digitised, available, even readily available. Those beautiful faces, those wonderful voices, those amazing talents—all live on, in their films, their music, their words.

Perhaps the reason is that these people were among the last living memories of an era that is fast slipping away. Even if those films are half-forgotten by much of the world (or, as in many cases, completely forgotten). Even if those films weren’t always as good as they seem now through my rose-tinted fan glasses. Even if I have seen some of those films only once and have decided that that once was enough for me.

The point is, the 40s and 50s and 60s were an era far removed from the films of today. In the way films were made (Shilpi’s many anecdotes regarding the making of her father’s films will possibly bear this out). In technology, of course, but probably also in other ways: in the issues and topics that cinema chose back then (reflective, of course, of society back then); in the cinematic styles that prevailed; in the depth to which cinema affected society or was affected by society.

I was told, the other day, about an interview—from some years back—in which Manna Dey reminisced about how Madan Mohan persuaded him to sing Kaun aaya mere mann ke dwaare: by bribing him with bhindi-meat curry. An amusing anecdote, but it made me think, sorrowfully, when Manna Dey passed away earlier this year: that’s it. No more anecdotes, no more recollections. What was documented remains. What was not, has gone, died with Manna Dey. 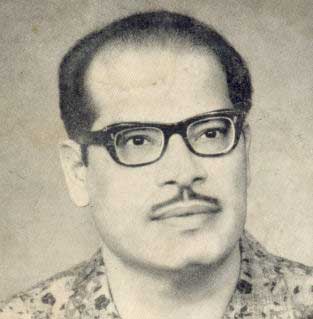 And that is what, even when I don’t particularly adore the icon who’s passed away, makes me feel sad. That someone who lived those films, who lived that period, is gone. Because with them, their memories are gone too. Not all, of course, because some will have been captured in interviews and articles, possibly also in the transferred memories of those they held dear, their families and friends. But many of those memories will be gone. And some of them utterly unique.

That is it. I miss the passing of these people whom I did not even know because their passing means also the passing of an age that I find fascinating. A fascination that is not very prevalent (a reader who’s recently started visiting Dusted Off mentioned that she’s glad to have finally found an online space where people don’t roll their eyes when one raves about old films).

So, goodbye, Joan Fontaine. Goodbye, Peter O’Toole and Eleanor Parker and Pran and Dara Singh and all those many others I have written tributes to. You never knew me or the millions of others who have loved your work. But you take my love with you. My admiration, my wish that I had lived in those times when I could have looked forward to the next film you’d be working in. And you leave behind all those films. The ones I’ve loved, the ones I didn’t care for, the ones I am yet to discover.

Goodbye. This is a sad way to bid the year farewell. And I hope this is the last tribute I need to write for a long while now.