Alfred Hitchcock is an all-time favourite, so I’m always game for anything he’s directed—and Strangers on a Train certainly delivers. This is one of Hitchcock’s lesser known movies, but it’s suspenseful, and has an interesting premise: does lack of an obvious motive help make for the perfect murder?

Ace tennis player and aspiring politician Guy Haines (Farley Granger) is on his way to Metcalf to meet estranged wife Miriam so that they can get a divorce and Guy can marry his sweetheart Anne Morton (Ruth Roman). On the train, a stranger introduces himself to Guy as Bruno Anthony (Robert Walker). 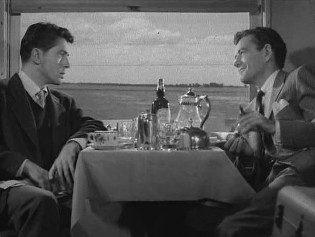 Bruno’s a mama’s boy, clingy as a limpet and very interested in Guy’s private life, of which he seems to know a lot through the tabloids. He offers Guy a lunatic proposition: he’ll murder Miriam in exchange for Guy’s murdering Bruno’s strict disciplinarian of a father. Bruno’s idea is that since there won’t be an apparent motive for either murder, both he and Guy will go scot-free. 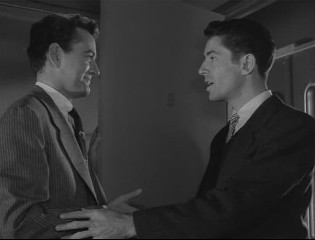 Guy, not surprisingly, brushes off Bruno’s suggestion. He gets off at Metcalf, not realising he’s left his monogrammed lighter behind with Bruno. 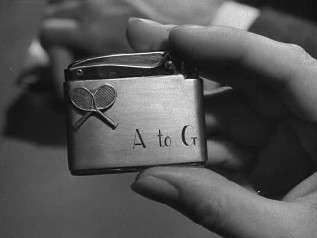 At Metcalf, Guy goes to meet Miriam. She’s been sleeping around and is now pregnant, but not willing to divorce Guy. After all, he can take her to Washington DC, where she can be a high society girl and have her baby grow up respectable. Not a nice woman, this. 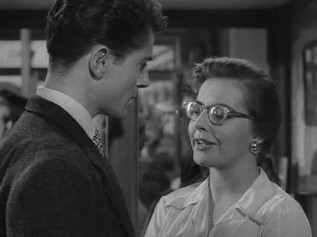 Guy is livid and returns to Washington. And Bruno, who’s decided to complete his bit of the non-existent bargain, tracks down Miriam in Metcalf. He follows her to the amusement park, and on a quiet island near the Tunnel of Love, strangles her. 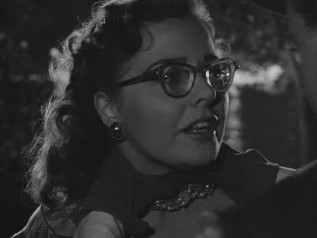 Since Guy is the one person who benefits from Miriam’s death, the police suspect him. Though he denies killing Miriam (and they can’t find any evidence against him), they get a detective to tail him. Little do they realise someone else is tailing Guy too: 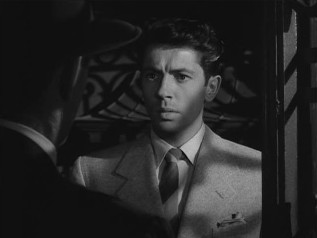 Bruno’s everywhere. At a tennis match, outside Guy’s house, even at a party hosted by Anne, which he crashes. Anne’s younger sister Barbara (Patricia Hitchcock) confides in Anne that there’s something decidedly wrong with Bruno (he nearly throttles an old lady at the party). Anne confronts Guy, and he spills the tale to her.
[Aside: Ruth Roman looks so much like Eleanor Parker]. 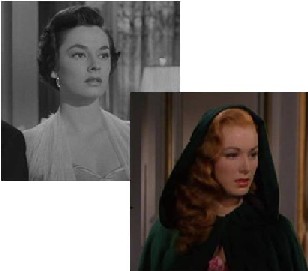 All Bruno wants is for Guy to murder Bruno’s father. And Guy daren’t tell the police who actually murdered Miriam, because Bruno threatens to pull him into the tangle and denounce him as accessory to the crime. What’s more, Bruno has Guy’s lighter, which he promises to plant at the scene of the crime if Guy doesn’t co-operate.

So what does happen? Does Guy—obviously desperate—agree? Or does he break down and burble everything to the cops? Or what?

What I liked about this film:
Robert Walker’s acting. He really gave me the creeps as Bruno. Initially likeable (well, sort of) but then so utterly insane.
The climax. Hitchcock filmed some great climaxes—North by Northwest, for example—and this one, on a carousel gone crazy, is superb too.

What I didn’t like:
Not much, really. Bruno’s motive for wanting to murder his father sounds a bit weak: the old man doesn’t seem all that tyrannical in the scene in which he appears. But then, Bruno‘s short most of his marbles…