Considering my mother’s part Bengali, I suppose I should be feeling a little ashamed that I don’t know the language. The only time it’s bothered me, though, is when it means I can’t see Uttam Kumar’s Bengali movies without subtitles. Chhoti si Mulaqat is one of the few Hindi movies the Bengali superstar ever made, and luckily for me, this is (unlike Anand Ashram or Amanush) in his pre-pudgy days. Sneak peek: 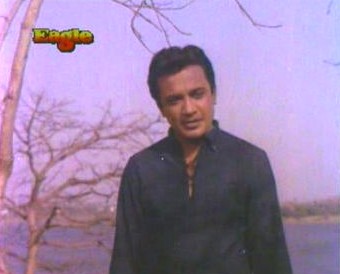 Onto the story. It begins in Bombay, where Shankar (Tarun Bose), his wife Ratna (Veena) and fifteen year old daughter Rupa (who’s this kid? She looks too much like Yogita Bali to be anybody else) are packing to go on their annual summer vacation to Shimla. Shankar’s mother (Pratima Devi) is simultaneously preparing to go on a trip to their `village’ (well, whatever). She begs Shankar to let Rupa come with her, but the fashionable Ratna, who can’t see eye to eye with her mother-in-law, refuses. 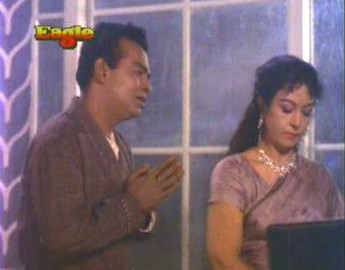 Ratna finally acquiesces, and Rupa goes off with her grandmother. The old lady takes her to meet the ailing Rai Saheb (Badri Prasad), a wealthy old gentleman who used to be the bosom buddy of Rupa’s dead grandfather’s. Rai Saheb has an eighteen year old grandson, Rajju, whom Rai Saheb and Rupa’s grandfather had long ago decided would someday be married to Rupa. 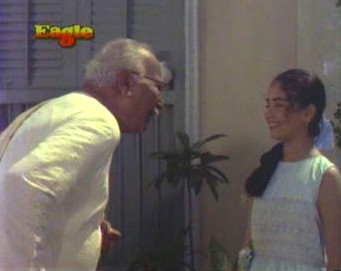 Rai Saheb uses emotional blackmail by the shovelful to persuade Rupa’s granny to agree to an engagement between Rupa and Rajju. The old lady prevaricates (I should hope so!), but then Rai Saheb has a heart attack. On his deathbed, he insists that Rupa and Rajju be married immediately. 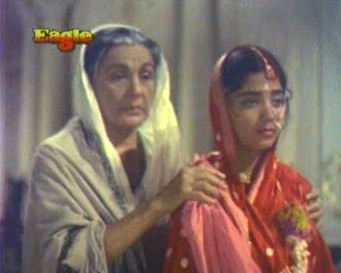 By the time Shankar—summoned by his mother—arrives from Shimla, Rupa’s a wedded wife. Shankar takes her back to Bombay with him. Ratna, arriving in Bombay and discovering the truth, vows to wipe out every single memory of Rupa’s ever being married. 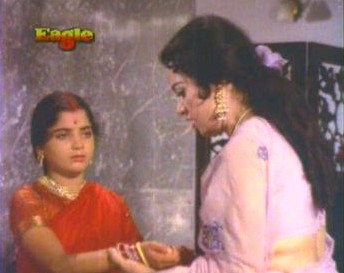 The years pass, and we’re back in Shimla, where Rupa, all grown up (Vyjyantimala, looking lovely as always) sings one of my favourite songs from the movie: Mat jaa, mat jaa, mat jaa mere bachpan naadaan. 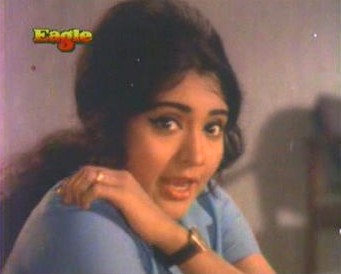 She’s vacationing with her aunt (Praveen Paul) and her cousin, Sonia (Shashikala). One of Rupa’s admirers, Shyam Kapoor (Rajinder Nath), who calls himself Sam Cooper after a stint abroad, has followed her to Shimla. Out skiing, Rupa meets Ashok (Uttam Kumar), and in true Hindi film style, he sets about endearing himself to her: by pursuing her relentlessly and driving her up the wall. 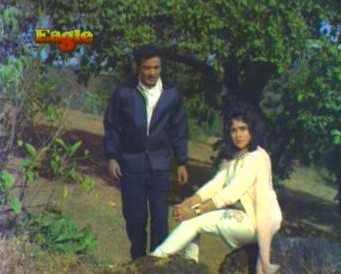 Also in typical Hindi film style, he succeeds. He gatecrashes a dance performance by Rupa; then escorts her home and lends her his overcoat; and by the time she comes to his home the next day to return the coat, she’s well and truly smitten. 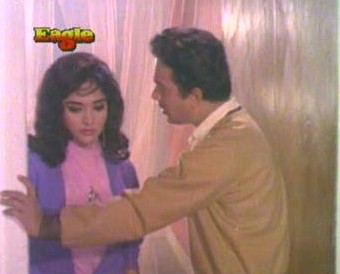 Shortly after, Rupa returns to Bombay, but after inviting Ashok to her upcoming birthday party. Ashok turns up, making Rupa’s day, but ruining Sam Cooper’s. 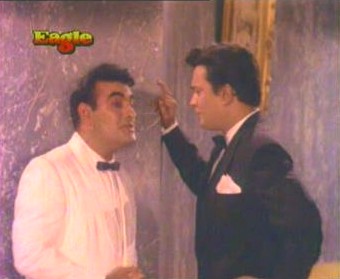 Sam meets Sonia and sobs out his sorrows to her, and Sonia (who’s nuts about Ashok) cribs to her mother. Sonia’s mother tries to console her: Rupa, she says, can never marry anyone. Sonia, livid, comes to meet Rupa and warn her off Ashok. Rupa’s reaction is not quite what Sonia wanted: she telephones Ashok and tells him she’s ready to marry him. 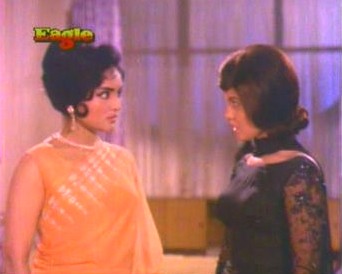 Sonia flings the truth at Rupa—that Rupa, after all is married—and Rupa starts feeling pangs of conscience. She tries to tell Ashok, but just doesn’t get around to it.
Ratna hosts a big party to celebrate Rupa and Ashok’s betrothal. Just as Ashok is about to slide the engagement ring onto Rupa’s finger, unexpected visitors arrive: the gumashta (agent) of Rupa’s long-forgotten husband, Rajju; and Rajju’s lawyer. They’re carrying a notice declaring that Rupa is Rajju’s wife. Ashok rips up the notice in the gumashta’s face. 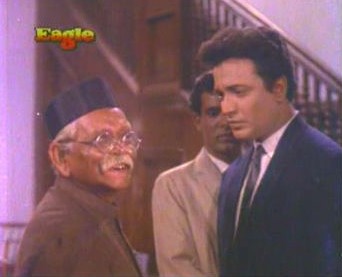 The party breaks up, and so does Rupa. She tries to push Ashok away, but he assures her that he still loves her, whether or not she’s married. Ratna consults a lawyer, and tells Rupa that getting a divorce is going to be easy as pie (why on earth hadn’t she launched divorce proceedings before this? Ah, the mysteries of cinema plots…) Anyway, a gloating Sonia soon goes off to woo Ashok, but finds herself rebuffed. 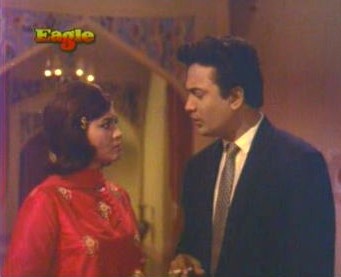 The news that Rupa is already married spreads soon enough, and she increasingly finds herself ostracised. She also realises that her own conscience is pushing her to return to a man she hasn’t seen since she was married to him—but the man she actually loves is someone quite different. 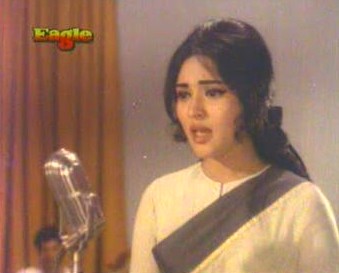 What I liked about this film:
Vyjyantimala’s acting, especially in the last half hour. Her portrayal of a woman in a dilemma—caught between love and duty—is excellent. You can feel her anguish.
The music. Shankar-Jaikishan create some little-known but very tuneful songs, and one of Lata’s very best: Jeevan ke doraahe pe khade sochte hain hum.
Uttam Kumar and Vyjyantimala: they look awesome together!

What I didn’t like:
The whole point about a woman’s place being `in her husband’s house’ is a trifle trite. This is the same complaint I had about Mr and Mrs 55, and I’m still not convinced. Apparently, audiences way back in 1967 didn’t think much of it either, because Chhoti si Mulaqat was a colossal flop and nearly bankrupted Uttam Kumar, who produced it.