I’m not a fan of mindless violence and blood and gore, but I’ve always adored old war movies. Whether it’s a fast-paced Alistair MacLean type thriller (read Where Eagles Dare, one of my all-time favourites) or a reliving of a real event, I love the atmosphere: the Schmeissers and the Vickers, the invariably atrocious German accents, the partisan natives, the courage and inherent good-ness of the good guys, which always triumphs over their own other weaknesses. Clichéd, I know, but watchable, too—as in this case.

The Desert Rats is based on the real-life defence of the Libyan port town of Tobruk by the Australian 9th Division. The action begins in 1941, when the Wehrmacht Afrika Korps’ chief commander, General Erwin Rommel, (James Mason) defines his objective: control of the critical Suez Canal. Unfortunately for the Germans, the Allied Forces hold Tobruk; until he can control Tobruk, Rommel doesn’t have a snowball’s chance in hell of grabbing the Suez. Tobruk, therefore, must fall. 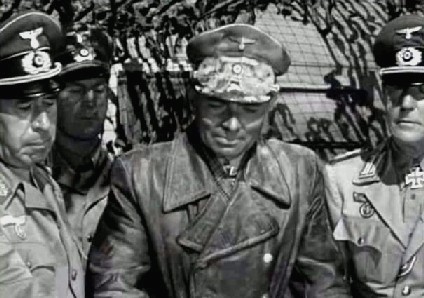 Inside Tobruk, the Australian troops are holed up. More Aussie soldiers—including a raw contingent led by the very inexperienced Lieutenant Carstairs (Charles Tingwell) have recently come in through the port, and are handed over to be commanded by the British Captain `Tammy’ MacRoberts (Richard Burton). MacRoberts has been in Africa a year and is battle-hardened; he’s also a hard taskmaster. The Aussies resent MacRoberts from the word go: not that he cares.

Among the men lined up, MacRoberts finds one so tipsy, he’s swaying on his feet. The man, however, turns out to be MacRoberts’s old school teacher, Mr Bartlett (Robert Newton). He’s in such bad shape that MacRoberts has him hauled into the captain’s own jeep for transportation back to the camp. On the way, Bartlett tells MacRoberts how he made the long journey from a Scottish school to an Australian infantry company.

The officers have already been briefed by their General (Robert Douglas), who’s shared news received from intelligence reports. He’s concluded that Rommel’s troops are bound to enter Tobruk from the south. His defence strategy seems like a risky gamble that’ll mean letting the Panzer tanks come almost into the heart of town before the Aussies open fire on the Germans. 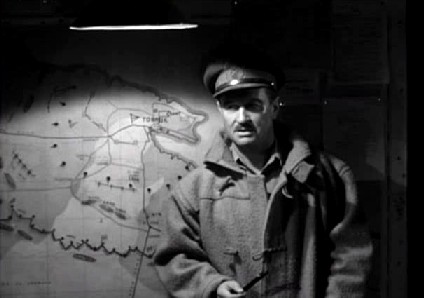 When the battle begins, it seems almost suicidal—and in the heat of the battle, Lieutenant Carstairs runs to the aid of one of his men, who’s been badly wounded. The battle over and Rommel’s tanks repelled for the time being, MacRoberts comes down on Carstairs for having abandoned his post. He initiates court martial charges against the lieutenant, and makes himself even more unpopular with the men, who (almost to a man) idolise Carstairs.

Bartlett decides to intervene, and tries to persuade MacRoberts to drop charges against the lieutenant. It was a humane act, after all; and the man is young, green. Inevitably, perhaps, Bartlett reminds MacRoberts of his days at school—when one failure did not mean the end of the road. MacRoberts finally withdraws the charges. 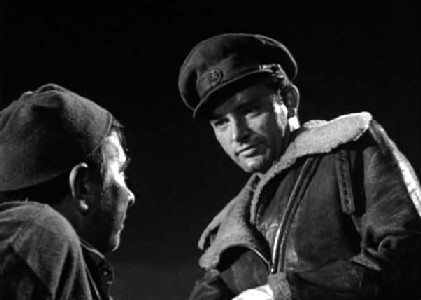 Shortly after, the General receives more news, and none of it heartening. Relief is on the way, but will take time to come. The `Rats of Tobruk’ have to stay put at least for the next two months. There’s only one way they can hope to make Rommel jittery, and that’s to go out each night, in small bands, prowling the area south of Tobruk and picking off the Germans a few men at a time. MacRoberts, now promoted to temporary lieutenant colonel and made the battalion commander, is put in charge. 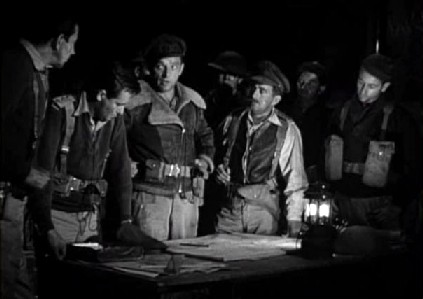 The strategy works, but it’s taking its toll on the men; it’s stressful work, and they hate it. MacRoberts suggests a more daring, risky, but also vastly more effective plan: a night-time stealth attack on a German ammo dump. He’ll lead the expedition, and they’ll use captured Italian trucks to move out of Tobruk and pass through German-controlled territory. They’ll also use men who speak Italian, and none of the men will carry any identification. 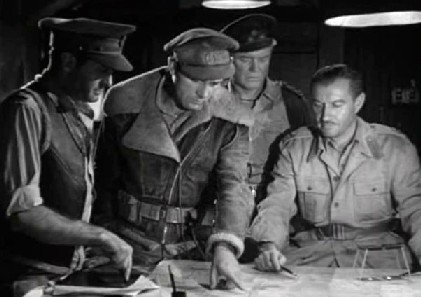 As the men file out, Bartlett—a self-confessed coward—accepts their belongings, last letters home, etc. Not many of them hope to be coming back alive from the mission, and as they leave, one of them passes a remark about Bartlett always being the one to stay back. He goes to MacRoberts and asks to be allowed to go on the mission, but is turned down: MacRoberts wants him to help in the paperwork, and to be his assistant. Bartlett realises this is just a ploy; but deep down (as he admits to `Tammy’), he’s grateful.

The mission is successful—partly. They do blow the ammo dump to kingdom come, but MacRoberts (along with a few others) is injured and taken prisoner by the Germans. The next MacRoberts knows, he’s being questioned, in a patronisingly supercilious manner, by the Desert Fox—Rommel—himself. And, POW though he is, MacRoberts can’t resist the temptation to hit back at the German.

Much more happens in the course of the film: more strategy; more drama. A taste of the harsh desert, blazing hot days and freezing nights; men dying and sandstorms whirling through; the pounding of guns and the endless waiting—four months, five, six… as the promised relief troops fail to come. Ultimately, The Desert Rats is a series of snapshots of a gritty holding out against what seem impossible odds. It’s a story of bravery, but thankfully with no chest-thumping. And it’s depicted with far more subtlety than most films manage to achieve. Also, equally, it is the story of MacRoberts and his relationship with Bartlett, the older man echoing perhaps MacRoberts’s own conscience.

What I liked about this film:
This is one of the most realistic war movies I’ve seen. It manages to steer clear of the melodrama and obvious propaganda of others (like Bataan), and yet remains fairly firmly entrenched in reality: I found myself holding my breath while the attacking German tanks moved closer and closer into Tobruk. And, though I’m not sure, some of the shots actually appeared to be live footage.
The overall feel of the film: it does the balancing act between battle/action and men/relationships very effectively. There’s enough of both, but not too much of either. And there are enough twists in the plot to make this more than just a sequence of battle scenes.

What I didn’t like:
Although the German and Italian dialogues here and there in the film lend greater authenticity to it, I’d have liked subtitles. Okay, I sort of figured out what was going on, but I was curious, anyway.

On the whole, a must-watch if you like war movies. It’s believable and very watchable. And if you want to know more, this is an interesting narrative of the actual defence of Tobruk.