What does a pretty girl brought up in straitlaced Upper Sandusky do in New York City? When she’s the type who sang in the choir back home, and who, though she’d love to be thought of as daring, is always wondering what people would think? When she finds herself bowled off her feet by a very wealthy, attractive man who has no scruples about admitting he’s only after sex?

When the girl is Cathy Timberlake (Doris Day), she spends her time fending off the unwanted attentions of Everett Beazley (John Astin), a clerk at the Unemployment Office where she goes to get her weekly cheque… 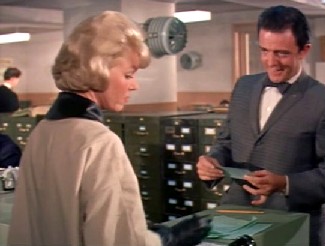 She cries on the shoulder of her level-headed friend and roommate Connie (Audrey Meadows), who works at an automat and sneaks free food out to Cathy…

…and she finds herself splashed with muddy water when a passing limousine speeds through a puddle.

Cathy is madder than a wet hen, especially since the chauffeur doesn’t stop, let alone apologise. She goes off, fuming and fretting, to eat lunch at Connie’s automat before a job interview lined up for the afternoon. While Cathy’s sitting down to a big lunch—of which she’s paid only for the salad—a man arrives. This is Roger (Gig Young), financial adviser to Phillip Shayne (Cary Grant), the man whose car drenched Cathy. Shayne saw Cathy go into the automat and has sent Roger to apologise and offer Cathy money to have her clothes cleaned.

Roger’s a neurotic ex-professor from Princeton, weaned away from the simple living and high thinking of academics into the rat race of the corporate world by the high salary, array of perks, and frequent raises that Shayne offers him. Roger hates himself and Shayne—in a convenient, now-hate, now-like way—and is trying to break free of the dazzle of big money. It’s a hard fight, and he goes through long sessions with his psychiatrist Dr Gruber (Alan Hewitt), but doesn’t seem to be making much headway, because Dr Gruber is mainly interested in wangling stock market tips out of Roger.

But back to where we were. Roger may have approached Cathy to apologise, but when he meets her, ends up facing her indignation. Cathy is irate and gets even more so when she discovers that Shayne didn’t even have the decency to apologise in person. Roger decides Cathy will be his champion: he can’t resist the pull of Shayne’s money, but Cathy will fling Shayne’s money in Shayne’s face, thus striking a blow for the hundreds who have succumbed to that `touch of mink’ that Shayne offers.

Well primed by Roger, Cathy lets him accompany her to Shayne’s office. But one look at Shayne, and Cathy melts into a blithering, blubbering, starry-eyed puddle. She ignores Roger’s frantic attempts to remind her of her annoyance, and ends up agreeing to wait in Shayne’s office while he has her dress cleaned.

An accidental intrusion into a board meeting gets Cathy involved in one of Shayne’s decisions to buy a company. Her advice—to meet the buyer tête-à-tête rather than merely interact with his underlings—makes Shayne and the board sit up and take notice, and before she knows it, Shayne has (after getting her dress back from the cleaners’) bundled her into his private plane and flown off to Baltimore to meet the buyer. Cathy, says Shayne, is his lucky mascot and he wants her around while he works out this deal. Connie, at the automat, gets a telephonic heads-up from Cathy. She tries to dissuade Cathy, but her pal’s not listening. 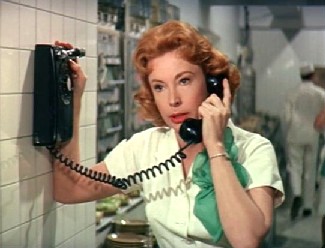 The deal does go through, and a triumphant Shayne decides to give Cathy the time of her life that night. It begins with the best fettucini in Philadelphia, followed by an invitation to listen to Shayne address the UN, then back to New York for a baseball game where Cathy gets to meet the greats: Roger Maris, Mickey Mantle and Yogi Berra put in guest appearances.

The perfect evening winds to a close at Shayne’s apartment—a penthouse with no walls or ceiling yet, where Shayne takes her to show her the view. He also tells her he’s leaving the next day for Bermuda, and invites her to come along. After Bermuda, they’ll go to Paris, then Monte Carlo, the Greek Islands, and around the world. Cathy, convinced Shayne’s asking her to marry him, is on cloud nine, but Shayne bursts her bubble: no marriage. Of course not. 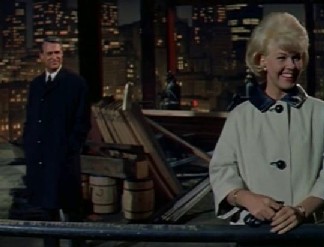 He gives her till the next morning for her decision, and Cathy ends up wrestling with her conscience through the night. Going off with a man whom she isn’t married to is just not done. Her mother wouldn’t approve. Connie, who can barely get a wink of sleep thanks to Cathy’s constant remarks and questions, is inclined to agree: Cathy should just say no. 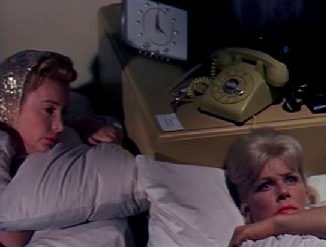 But when Cathy finally phones Shayne, he turns the tables on her by asking her if she’s going to say no, since that, in his opinion, is what a girl from Upper Sandusky would do. Cathy falls for the trap, and hotly denies that Upper Sandusky is a backwater of the sort Shayne’s making it out to be. They’re very progressive, they’ve had their share of scandals, and she’ll definitely go with him to Bermuda.
Before she knows it, Shayne’s arranged for one of his minions to escort Cathy to Bergdorf Goodman for a private viewing and selection of dresses. 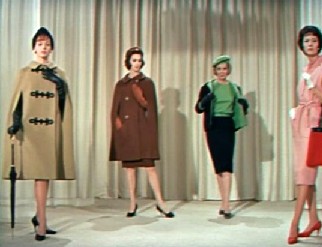 Cathy, with a smart set of new luggage filled with new clothes (all paid for by Shayne), finds herself going off to Bermuda in a plane of which every single seat has been bought by Shayne so Cathy can be comfortable. All this attention and pampering is extremely pleasing to our heroine, and by the time Shayne meets her in Bermuda and drives her to the hotel, she’s in seventh heaven. 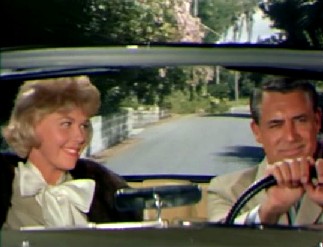 But in the hotel, Cathy’s conscience suddenly starts getting jolted. A hooker on the arm of a man gives Cathy a conspiratorial grin; a newlywed couple being cheered by their guests go past in a shower of rice, of which some falls into Cathy’s hands—and she realises, to her discomfiture, that unlike a passing woman who’s wearing a wedding ring, she doesn’t have one—even though she’s going up to the room she’ll be sharing with Shayne. By the time she enters their room and sees the big bed at centre stage, Cathy is suffering from a bad attack of cold feet. 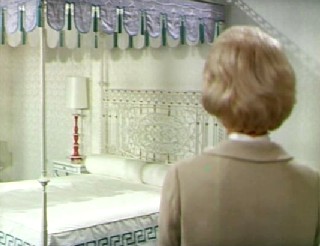 Does Cathy go through with her `arrangement’ with Phillip Shayne? Or does Doris Day, the perennial virgin of her films, remain chaste? Does Shayne’s wealth and attractiveness win the day for him? What, in the meantime, is happening to Roger, whom Connie’s been lambasting at every opportunity, under the impression that he’s the predatory Shayne? And what about Dr Gruber, who’s labouring under a major delusion as far as Roger’s sexual orientation’s concerned?

This isn’t as delightful a comedy as some of Doris Day’s others—especially the films she did with Rock Hudson—but it’s watchable enough. There are a few funny situations and some very good lines, but don’t expect brilliance.

What I liked about this film:
The one-liners. Ah, delightful! Here’s a sample:
Shayne: “The four horsemen now have a riding companion. There’s war, famine, death, pestilence, and Miss Timberlake.”
And another:
Connie: “He’s so low, when they bury him, they’re gonna have to dig up.”
Cary Grant and Doris Day. I do so love both these people. They’re great to look at, of course, but more than that, it’s their flair for comedy: awesome.

What I didn’t like:
It’s sexist. Yes, I know the world has moved on since the 60’s (which is why the somewhat homophobic undertones of the film were also probably not an issue at the time), but even then. Shayne’s (granted, subtle) attempts to get Cathy into bed begin to pall after a while, and her seesawing: now yes, now no—is irritating. Overall, I thought the basic premise of the story (man wants sex, girl wants marriage) was too flimsy to sustain a full-length film. As a subsidiary element of the plot, it may’ve been funny, but as the basis of the story, it doesn’t quite hit the mark.

An observation (is this a coincidence?):
In That Touch of Mink, Shayne asks Roger to find a husband for Cathy Timberlake. When Roger suggests Rock Hudson, Shayne rejects him because he says Cathy will have to move to California if she marries Hudson.
In Send Me No Flowers (1964), the character played by Rock Hudson tries to find a second husband for his wife (played by Doris Day). The candidate he settles upon is his wife’s college sweetheart, who says he always thought this girl would marry someone like Cary Grant. Hehe!
Incidentally, Rock Hudson was initially supposed to play Phillip Shayne in That Touch of Mink.