When I watched Gaslight a few months back, I ended up hating Charles Boyer (which goes to prove what a fine actor he was). He was just so supremely evil in a suave sort of way that I mentally vowed to slot him among those whose films I wouldn’t be actively searching for. Thankfully for me, bollyviewer came along with a suggestion that would help me like Charles Boyer a little better. This was it.

Love Affair is an oft-repeated tale, popular both in Hollywood and Bollywood. It’s spawned nearly half a dozen remakes and ‘inspirations’ that I have seen, and who knows how many others. An Affair to Remember (1957), with Cary Grant and Deborah Kerr, is a very faithful copy of this one. Bollywood came up with Bheegi Raat (1965), more inspired by Love Affair than an exact copy, as well as Mann (1999), which was a copy, down to the setting in which the protagonists first meet.

In Love Affair, this happens to be a plush transatlantic liner, all polished wood and pink champagne, with the ladies in furs and diamonds—and nearly all of them in pursuit of playboy Michel Marnay (Charles Boyer), who’s crossing the pond to America. Unfortunately for the lasses, Michel’s going to the States to marry an heiress.

Michel’s getting more than a little peeved with the lack of intelligent female company on board, until he crosses paths with the witty and beautiful Terry McKay (Irene Dunne). Terry and Michel hit it off from the word go, and when Michel invites her to have dinner with him, Terry agrees. A post-dinner cigarette in Terry’s room brings Michel’s hopes of an onboard flirtation crashing down: it turns out she’s engaged, and is headed back to America to get married to the very wealthy Kenneth Bradley (Lee Bowman), who’s also her employer.

On deck the next day, Michel and Terry meet again. When a professional photographer takes a shot of them, Terry realises that their being seen together will lead to gossip (it already has). They try sitting at separate tables, but when the gossip doesn’t abate, give it up—it’s not as if there’s really anything to it. Both of them, after all, are going to be marrying other people. Are in love with other people, as a matter of fact.

The ship docks for a couple of hours at Porto Santo in Madeira, and Terry decides to explore the place a bit. Onshore she meets Michel, who springs a surprise: he’s headed uphill to meet his grandmother. Michel tells Terry that his grandfather had been in the diplomatic corps, and his last posting was at Porto Santo. This is where he died, and this is where his grieving widow spends the rest of her life, waiting (a little impatiently) for the day when she may join him. Michel invites Terry to accompany him, and Terry is delighted to accept.

Michel’s grandmother (Maria Ouspenskaya, in a wonderful performance) is frail, kind, and wise. She is ecstatic to see Michel again, and starts off by thinking Terry is Michel’s fiancée. After a brief prayer in the family chapel (Terry asks to go in, and Michel’s granny bulldozes him into going in too), Michel goes off to meet the gardener’s family.

Meanwhile, Terry helps the old lady get a tea-tray ready—and, in the course of the conversation, learns a few things about Michel. It turns out, for instance, that he’s a talented painter…

…and his grandmother rubbishes the notion that Michel is merely a wealthy playboy. He is, in her opinion, a good man who just needs the right woman to make him—and her—happy. By the time Michel returns from his visit to the gardener’s, Terry is perhaps a little bit in love with him. Michel urges his grandmother to play the piano for them, and Terry (who used to be a nightclub singer before she got plucked out of obscurity by Kenneth) sings Plaisir d’amour.

By the time they leave, everybody (Michel, his grandmother, Terry and me) are a little tearful. Back on the boat, the voyage goes on. And, the night before they are to dock at New York City, Terry and Michel express their love for each other.
Michel has never worked in his life, and is understandably doubtful about his ability to provide for Terry. He therefore asks her for six months—six months in which he’ll be able to prove to himself, and to her, that he is worthy of Terry.

Terry agrees. The next morning, as they’re steaming past the Empire State Building into New York, she promises Michel that six months from now, she’ll meet him at the top of the building. Michel is fervent in promising that he’ll be there.
Though Terry and Michel go through the pretence of being happily reunited with their respective betrotheds, both know that it’s a sham. This is one shipboard romance that’s for keeps.

So Michel and Terry part ways for now. Terry goes off to Philadelphia and gets a job in a nightclub (where she sings the exuberant and optimistic Sing my heart):

While Michel paints: lovely canvases that he gets an agent to try and sell; and advertisement hoardings that pay the bills. And both he and Terry wait impatiently for those six months to pass…

On D-Day, Terry is back in New York and barely able to contain her excitement at finally meeting her beloved Michel. She goes to buy a dress at a familiar couturier’s, where the owner discreetly summons Kenneth (thinking that the dress will be charged to Kenneth’s account). By the time Kenneth arrives, Terry has clarified that she’ll be paying for the dress. She’s bubbling over with joy, and rushes off in a taxi after telling Kenneth she’s getting married.

She even tells the cabdriver of her upcoming wedding—and is so busy looking up at the Empire State Building that she walks straight into the path of a vehicle.
When Terry comes to in the hospital, she’s told that it may be a long time before she can walk again—if ever. Terry can’t bring herself to saddle Michel with a disabled wife, so she decides not to tell him. He doesn’t know where she is; he may think she’s jilted him—but she will not go to him until she can walk—or run—to him. 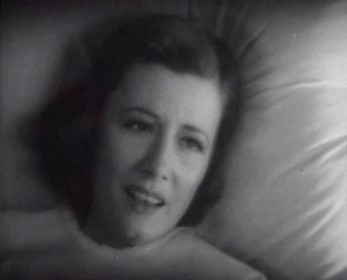 And Michel, having waited seven hours at the top of the Empire State Building, smoking cigarette after cigarette while looking out at a thunderstorm and waiting for the girl who never came, comes back down to earth, bitter and cynical. And still in love with Terry.

If you’ve seen An Affair to Remember, Bheegi Raat, or Mann, you probably know what happens next. If you haven’t seen any of them, I envy you the first-time opportunity of seeing how this beautiful story unfolds. If you have the option of which one to see, choose Love Affair; it’s definitely the best.

What I liked about this film:
Love Affair is another of those “I like everything about it!” films. It’s gloriously romantic, yet in a witty way that helps it stay above mush; it’s charming, sweet, and oh so very well acted. But if I have to pinpoint one particular rave, it has to be Charles Boyer. His acting is wonderful in this, especially in the last scene. I’ve seen Cary Grant in An Affair to Remember, and I’m a diehard Grant fan, but I have to concede: Boyer’s handling of that last scene is in a class by itself. He’s magnificent.

What I didn’t like:
No, I’m not going to nitpick just for the sake of it. Nothing. I love Love Affair. Period.

Little bit of trivia:
Of all the films they made, both Irene Dunne and Charles Boyer cited Love Affair as their favourite.