Through much of his career, Tyrone Power bemoaned the fact that his ‘pretty face’ resulted in him being typecast—usually as the swashbuckling hero, sometimes as the dramatic hero, but always the basically good guy, even if he had his weak moments.
Which is why Nightmare Alley was the film of which Tyrone Power was most proud. He was a pretty face in most of the film (well, he couldn’t do much about that, could he?), but he also had more going for him: a very powerful, negative character that allowed Power to show that he could, despite that pretty face, act. 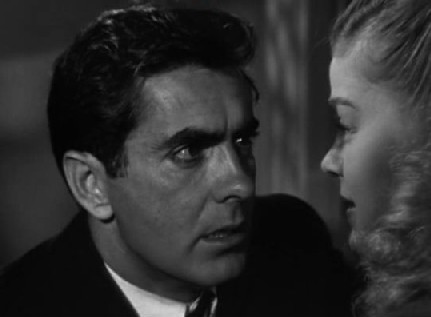 Nightmare Alley begins in a carnival, where alongside freak shows like the geek (half man half beast, totally wild), the seeress Mademoiselle Zeena (Joan Blondell) works a rigged fortune-telling act along with her perpetually drunk husband Pete (Ian Keith). The barker who announces Zeena’s act is the young and personable Stanton ‘Stan’ Carlisle (Tyrone Power), newly arrived and still getting to know the carnival and those who perform in it. 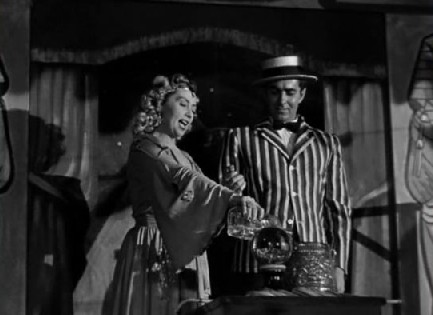 …Like the lovely Molly (Coleen Gray), whom Stan is clearly attracted to, but whom the Strong Man Bruno (Mike Mazurki) jealously regards as his girl. 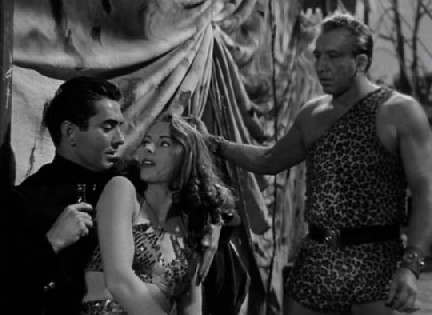 And Zeena herself, very protective of the alcoholic Pete. In her conversations with Stan, Zeena admits (as Stan has already learnt from Molly) that Zeena and Pete were once the stars of vaudeville. They used an intricate, complicated word code—specific words, intonations, accents—that Pete would use as he wove his way through a crowd, calling out questions for Zeena to ‘see the past, present and future’ and answer. It was a great act, Zeena reminiscences; a very convincing one that pulled in the crowds, raked in lots of money and made Zeena and Pete famous. 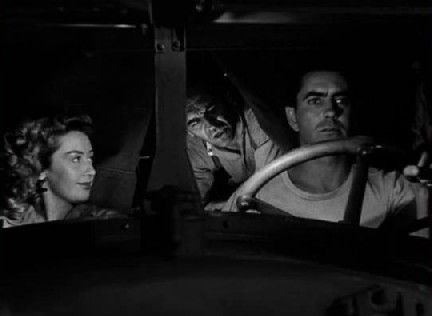 But Zeena and Pete have now descended into the dregs, and that precious word code is rusting in their heads. Stan tries to romance Zeena and coax her into teaching him the code, but Zeena, though she does find Stan attractive, refuses. She won’t be unfaithful to Pete. 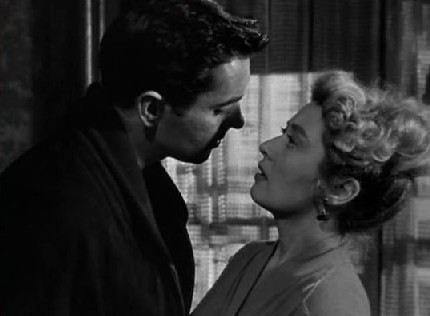 One night, shortly after Stan’s bought a bottle of moonshine from the local carnie who brews it, Pete stumbles through the carnival, looking for liquor. Zeena’s warned everybody not to give him a drink, so even the carnie who brews the stuff refuses Pete.
A by-now desperate Pete then runs into Stan, who’d hurriedly hidden his own bottle of moonshine in a trunk. Seeing Pete’s pathetic condition, Stan pulls out the bottle and gives it to him, before going back to his own bed, leaving Pete gulping happily at the bottle. 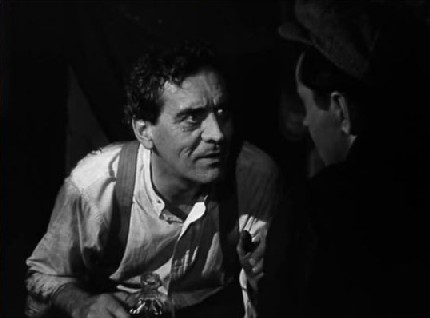 And next morning, Pete is dead.
A tearful Zeena, sniffing at the empty liquor bottle lying next to him, says that it smells of the wood alcohol she uses in her act: it’s lethal. Stan realises that something’s wrong; he rushes back to the trunk where he’d hidden his bottle of moonshine, and finds it still there: he’d pulled out the wrong bottle and given it to Pete.
But there’s not much that can be done, other than to comfort Zeena and get on with life. But with Pete gone, Zeena needs help with her act—and who better than Stan? 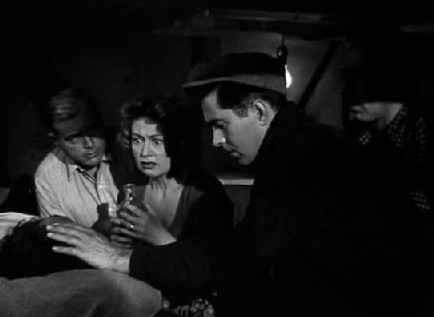 One day, Stan’s fortunes take a turn for the better, when a local sheriff comes to the carnival, intent on shutting it down. Stan spins him a spiel, seemingly looking into the man’s heart, into his past and his future, until the sheriff backs off, believing that this young man is truly a seer. From then on, Stan’s standing in the carnival changes; he’s treated with more respect by all, and Zeena agrees to teach him the word code. Molly assists them in it, helping Stan learn and practise the code, and get it perfect enough to never run the risk of being caught. 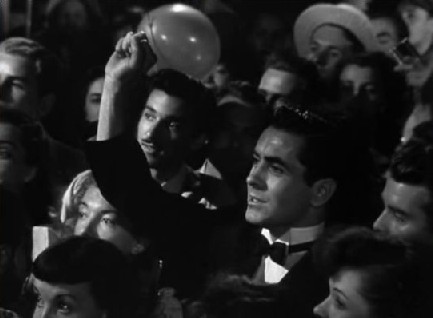 In the process, Molly and Stan are even more attracted to one another—until one night when, after a few stolen kisses (and the insinuation that they’ve slept together), they’re yelled at by Bruno, who’s so possessive about Molly, he insists Stan marry her. Everybody around, including Zeena (who seems a little hurt, perhaps betrayed?), insists on it too (Bruno nearly throttles Stan), and before they know it, Stan and Molly are man and wife. 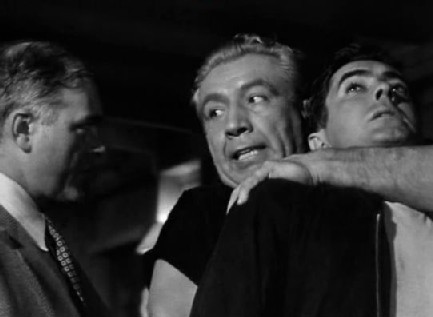 It’s obvious to Molly that Stan would much rather not have married her, and she tries to convince him that she’ll be a good wife to him. To Stan’s credit, he doesn’t put the blame for their shotgun wedding on Molly; he treats her well enough, and even has a brainwave that could be the making of both of them: Molly helped him learn the code; Molly knows the code—so, he and Molly should get out of the carnival and use the code to make it big on their own. 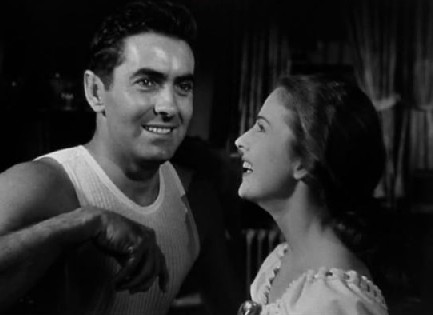 Time passes and the code proves to be the goldmine Stan had recognised it for. He and Molly end up in Chicago, doing a slick act, with Stan (now calling himself a ‘mentalist’), billed as ‘The Great Stanton’. The Great Stanton stands in the middle of the nightclub, blindfolded, while his pretty wife weaves through the crowd, reading out questions people have written on cards; and The Great Stanton accomplishes seemingly fantastic feats: he ‘reads’ the questions verbatim, identifies the person who’s written them, and answers the questions. Chicago’s high society is eating out of his hands. 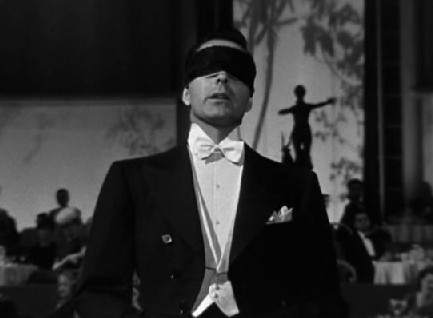 …All except the psychologist Lilith Ritter (Helen Walker), who catches on to the game pretty fast. She tries to unmask Stan, but he dodges her expertly. 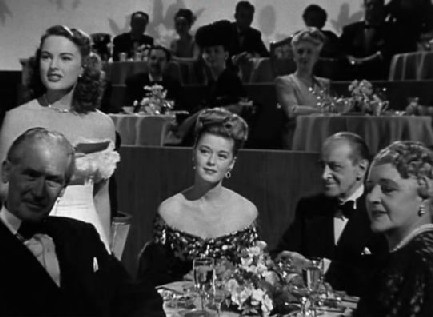 And later, at her invitation, goes to meet her at her office. Lilith again tries to confront Stan with her knowledge of the way he’s conning people. Before Lilith can talk much, though, an agitated patient enters unexpectedly and insists on having a counselling session. When Lilith finishes the session and goes into the next room (where all sessions are recorded for reference), she finds Stan waiting. He has overheard the entire session and seen the recording in progress. Now he has a proposition. With all the deep, heartrending confessions Lilith hears from her patients, she can be of immense help to Stan: pass on that inside knowledge; The Great Stanton reveals it on one of his shows; and the sky’s the limit. 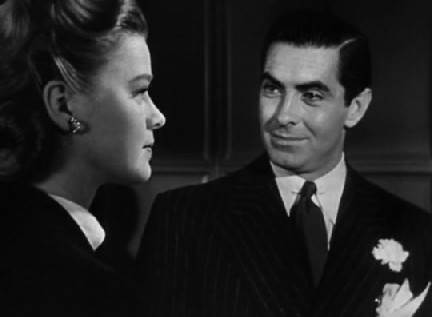 Lilith is initially reluctant but comes around, and before we know it, Stan is milking Chicago for all its worth. The Great Stanton reigns!
But can it last? Can a tarot card Zeena had once seen for Stan—the Hanged Man—be, in fact, an omen? Is Stan headed for fame and glory, or for something he can’t even imagine? 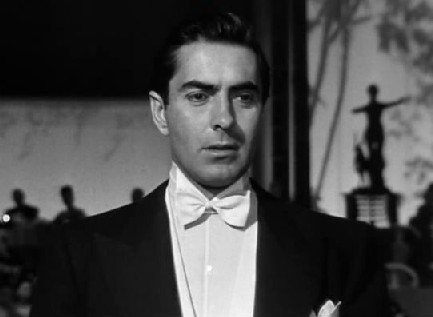 Tyrone Power. This man could act, no matter what anyone might have imagined him capable of or not. Stan’s ascent from being a young and ambitious barker to a highly successful conman, suave and polished, and his descent from that, is very well portrayed. Of course, the screenplay (by Jules Furthman) and the direction (by Edmund Goulding) have a lot to do with that, but Power’s acting is excellent. I must admit that at the start of the film, I was seeing Power: the swashbuckling, handsome Tyrone Power, perfect smile and brilliant eyes and all. Sometime in the course of the film, I forgot this was Power. He was Stanton Carlisle. So Stanton Carlisle that I could sympathise with him when a plan failed, view him with contempt, hope that he would find true love, feel sorry for him, hate him… a great performance.

While on the topic, Stanton Carlisle is a very well etched character. He starts off cocky, aware of which side his bread’s buttered—but still a little green. By the middle of the film, Stan has morphed into The Great Stanton, a showman all the way—spectacular, convincing, and obsessed with money. And what happens to Stan past that phase (no, I’m not going to give anything away!): all of it is highly absorbing, even at times horrifying. Incidentally, one of the most haunting scenes of the film, which I’ve only read about, but haven’t seen—don’t even want to see—was later deleted from the film.

And a hurrah for the fabulous makeup, by Ben Nye. Would you believe this is Tyrone Power? 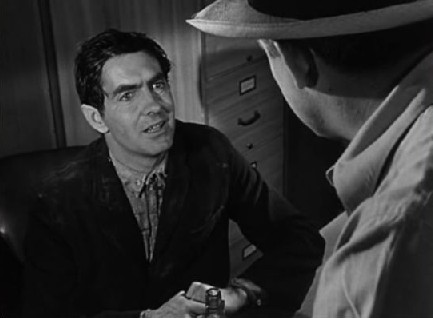 The bit about the word code. Yes, I can imagine how it must’ve worked, but I’d have loved to see some examples of exactly how it worked. Somehow, I wasn’t convinced—I’d have liked perhaps one scene which showed exactly how a clue could be given.

But that’s a small niggle. I can live with it for a film that’s so well made and well acted. Nightmare Alley isn’t a pretty story, but it’s a great noir, and highly recommended. And if you’re a Power fan, not to be missed.