You could say Pran played, in a way, an important role in shaping my early film-watching days. My parents tell me that when Majboor (1974) was released, I—then a toddler—completely fell in love with one of its songs. My rendition of Michael daaru peekar danga karta hai (“Michael creates a ruckus after a few drinks”) was a little flawed. I cheerfully (and innocently) sang Michael daadu peekar ganda karta hai (“Grandpa Michael creates a mess after a few drinks”). But I thought the song was fabulous. I thought Michael was a good ‘un. And I thought—as I still do—that Pran (February 12, 1920 – July 12, 2013) was in a class by himself.

Pran, of course, was the quintessential villain. But in a cinema that had as many ‘invariably villains’ as ‘invariably heroes’, Pran stood out. Amongst the Madan Puris, the KN Singhs, the Jeevans, the Prem Chopras (and, to a lesser extent, or later, people like Prem Nath, Ajit, and Rehman), Pran was one of those who just had to appear onscreen for that moment of epiphany: Ah, here’s the villain.

He could embody many different types of villain. He could be the ruthless, unashamed and absolutely evil brute—the man who saw no need to hide his villainy. Like Ugra Narayan of Madhumati, a man so debauched that nothing short of the supernatural could stop him. Utterly without scruple, merciless and vile: the sort of man who would make anyone shiver.

Then there was the somewhat deceptive villain: the suave charmer who was really a wolf in sheep’s clothing. This was one particular type of role that Pran made his own. Well-dressed, smart, well-spoken and self-assured, this was the character who could charm people into handing over the keys to their safes. Films like Chori Chori, Hum Sab Chor Hain, Basant, Brahmachari: all had Pran playing men charming enough to successfully woo the heroine herself. 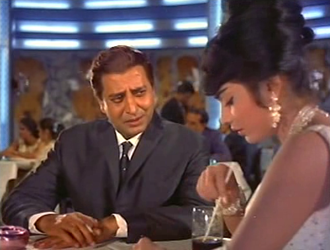 (And, in Phir Wohi Dil Laaya Hoon, a deception of another kind—a villain who pretends to be the battered, broken-minded long-lost son of a millionaire).

There was the not-quite-a-lost-cause villain, too. The crooked lawyer in Gumnaam, for example, who’s really more shades of grey than outright villain. 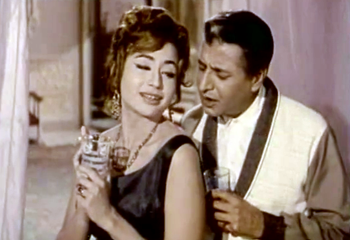 Or, in Johnny Mera Naam, Moti/Mohan, Johnny’s long-lost brother, a criminal, yes, but not past redemption.

Or—an even more compelling character—that of Ashwini Nath in Do Badan, who forces a woman in love with another to marry him. Not because he lusts for her, but because he genuinely loves her. The moment when he realises, near the end of the film, that his unwilling wife will never be able to love him in return, is poignant, and redeeming: because he gives her up to her true love. Too late, too tragic, but it makes him less of a villain. 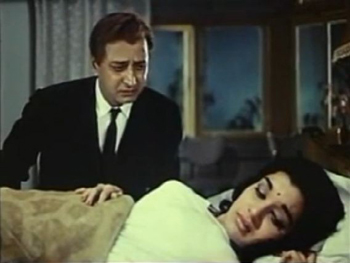 Then, of course, there are the many other roles Pran made his own. From the bitterly cynical but good at heart Malang Chacha of Upkaar, to the greedy and lecherous Pran (yes, he had by then become such a synonym for villainy that even screen villains were named for him!) in Love in Tokyo, who dies one of the most gruesome deaths I’ve seen in classic Hindi cinema. From a cameo as a drunk at a kotha in Devdas, to the title role in Halaku… Pran did it all.

Over 400 films, a long journey, an entire panoply of characters that are an integral part of Hindi cinema’s history. And roles, as you can see, that showed Pran to be not just a ‘cookie-cutter villain’ actor, all gritted teeth, curled lip and flashing eyes. But an actor who was capable of bringing interesting nuances to a negative character. An actor who was really a very good actor, very deserving of the Dada Sahib Phalke Award that he received earlier this year. 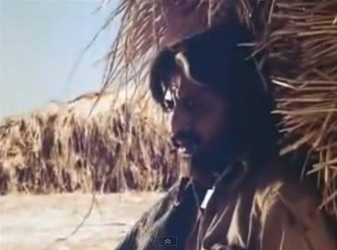 Some time back, I read an interview with Biswajeet in which the actor talked about how, on the sets of Mere Sanam, Pran said about Mumtaz: “She will be a great actress. She has a lot of potential.” When I reviewed that film, someone pointed out a scene to me where you can actually see Pran do a little bit of online mentoring to the 17-year old Mumtaz. She, as Kammo, is looking straight at the camera and talking; he, as Shyam, her accomplice, reaches out and takes her chin, turning her face towards him. It fits perfectly into the scene, but it highlights an important aspect of acting: you don’t act at the camera. 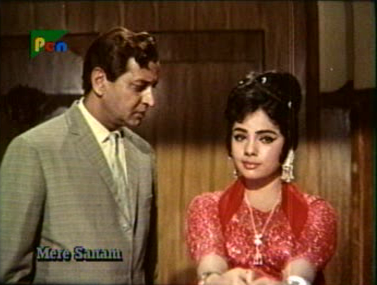 How many well-established actors (Pran had been acting then for 25 years, and was 27 years older than Mumu) would have taken the trouble to do that? To show a raw teenager how it was done? But Pran was, as most of us know, a very different man—a true gentleman, a sweet and kind soul—from the villains he portrayed onscreen.

Rest in peace, Pran. May you live on in our films.

66 thoughts on “Pran: In Memoriam”