People who know this blog focuses on pre-70s cinema would possibly be surprised to find a review here of a book about RD Burman—who, to most people, is more associated with Dum maaro dum and all those very peppy Rishi Kapoor songs of the 70s, than the music of the 60s. The fact, however, remains that RD Burman had actually made his debut as an independent composer (not merely as an assistant to his father, SD Burman) as far back as 1961, with the Mehmood production Chhote Nawab. And that he composed the chartbusting music for what is possibly my favourite Hindi suspense film (and one, too, which doesn’t have a single song I don’t like): Teesri Manzil.

This review, therefore, of a book about a man I knew little about except through his music—which has always appealed to me, not just because so much of it was there, all around me, playing on LPs in our house and blaring from radios wherever we went when I was growing up, but because it was so infectious, so full of life. (It was only later that an older, more informed me realized just how versatile RDB was, what softly melodious songs he could compose).

But, on to the book. Anirudha Bhattacharjee and Balaji Vittal’s R.D. Burman: The Man, The Music (Harper Collins Publishers India, ISBN: 978-93-5029-049-1, 366 pages, Rs 399) won the National Award for Best Book on Cinema for 2011, and is—as its title suggests—a biography of Rahul Dev Burman, RDB, Pancham, call him what you will: one of Hindi cinema music’s undisputed leading lights.

After a foreword and an introduction (by Javed Akhtar and Shammi Kapoor, respectively) Bhattacharjee and Vittal begin their biography of RDB with their own introduction, followed by the authors’ note; an impressive list of the musicians who formed RDB’s team (and some big names here, too, all the way from Manohari Singh to Pandit Hari Prasad Chaurasia, Kersi Lord, and Louis Banks); a short paragraph that Salil Choudhary wrote as tribute on RDB’s death—and then the prologue, set in 1994, when RDB died.

The real book follows the prologue and is divided into three sections (or books, as they’re called here): Ascendant in Leo, Moon in Libra, and Sun in Gemini. After a brief introduction to RDB’s ancestry—the royalty of Tripura, Sachin Dev Burman and his passion for music, which prompted him to move to Bombay, and RDB’s birth, in June 1939, the story focuses exclusively on RDB and his rise to fame in the music world of Hindi cinema. Not a smooth and meteoric rise; after the release of Chhote Nawab, RDB saw a lull in assignments—his next major hit score was the one for the 1966 Teesri Manzil—but after that, there was no looking back for the next decade and a half. 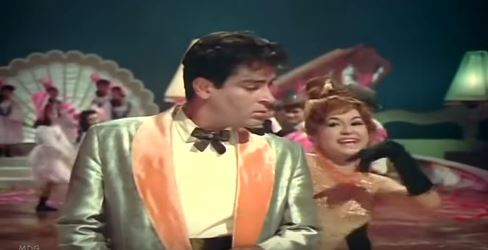 R.D. Burman: The Man, The Music traces that journey thoroughly, meticulously. People who worked alongside RDB—singers, musicians, producers, directors, actors, etc—have been interviewed, old articles dug up from the media, much research done to come up with the stories behind just about every film and every memorable song that RDB was connected with. How the film came about; how RDB created its songs; what makes those songs what they are. Trivia. Lots of it.

In addition to that, there is information about the Durga Puja albums (non-filmi) which RDB created, as well as the Bengali films for which he composed. And the international album, Pantera, which he composed in the 80s.

What appealed to me the most from this almost encyclopedic book on RDB was the person he’s revealed as: the musician, of course (versatile, creative, forward-thinking, somewhat of a maverick), but also a man who seems very likeable. Down to earth, humble, kind (the anecdotes of how much consideration he gave to his musicians—encouraging them, supporting them, taking their advice, even paying them out of his own pocket when producers lagged behind on payments—all of that really brought a smile to my face). A man, too, who found it difficult to market himself, and ended up getting left behind in the rat race, deserted by all.

The other major highlight of this book for me was the delightful trivia it contained. A lot of it pertained to RDB’s utterly offbeat ways of producing sound for his music: ‘blowing air into half-filled beer bottles’, for example, to create the sound at the beginning of Mehbooba mehbooba (Sholay), or patting a shirtless musician’s bare back to create secondary percussion in Raat gayi baat gayi (Darling Darling)! Or trivia not strictly related to the composition of music, but still the sort of information that gives me a thrill: for example (and this one really blew me away), that the role which Amitabh Bachchan eventually played in Bombay to Goa had originally been offered to Rajiv Gandhi.

Now for what didn’t appeal to me. Like the authors’ Gaata Rahe Mera Dil, I found this book too technical for me in places (in fact, I’d say this one had even more technicalities than the other book)—which diluted my enjoyment of it somewhat.

There are some points that could be open to debate. For example, Aapke kamre mein koi rehta hai is described as having ‘introduced to Hindi cinema a concept commonly used in Hollywood musicals: songs woven into dialogues’. Anybody remember Aage bhi jaane na tu, from Waqt? There was plenty happening there between verses: fights, romance, bad news and good; plenty of conversation. 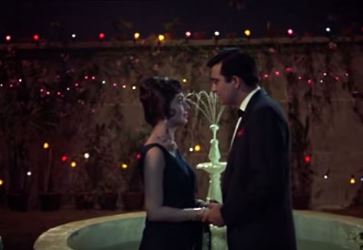 And calling I love you (Hare Rama Hare Krishna) the first bilingual song in the chronicles of Hindi cinema may not be correct. Even if one doesn’t count the English-Hindi song Devika Rani is supposed to have sung in Karma, surely songs like Main Bangali chhokra (which is a hilarious mix of Bengali and Hindi, from Raagini), not to mention Jaiyo jaiyo sipahiyya baajaar (Nishaan) and Humne mohabbat ki duniya basaayi (Sansaar)—which are both actually multilingual, let alone bilingual—would count?

There are outright errors, too: the setting of Tere bina zindagi se koi is cited as Golconda (it’s actually Kashmir); Helen (and not Ragini) is listed as the ‘heroine’ of Shikari; and Simon and Garfunkel’s classic The Sound of Silence is repeatedly referred to as The Sounds of Silence.

But, taken in tandem with the vast amount of valuable information that there is in this book, that’s actually nitpicking on my part. If I hadn’t read this, I probably wouldn’t have realized just how many songs—all the way from SD Burman’s Thandi hawayein lehraake aayein to Roshan’s Tera dil kahaan hai (not to mention his Rahein na rahein hum) to RDB’s very own Humein raaston ki zaroorat nahin hai and Saagar kinaare—were inspired by a piece of music in Algiers (1938). Even though I’ve seen all the films in question, including Algiers.

Near the end of the book, the authors devote a couple of pages to the relevance of RD Burman in today’s music. The most remixed composer (though, as they point out, RDB’s music was so vivid and modern, it doesn’t need remixing). The composer whose music has actually inspired films—Jhankaar Beats and Dil Vil Pyaar Vyaar. A composer who is, as they out it, ‘a brand’.

If you like RD Burman’s music (and would like to know more about the man behind it), do give this book a try—it makes for interesting, informative reading.