In all the years I’ve been writing this blog, one film maker whose name keeps cropping up every now and then—whose films I’ve reviewed, whose work I’ve commented on—is the brilliant Hrishikesh Mukherjee. From his editing of classics like Do Bigha Zameen, Madhumati and Chemmeen, to his direction of both popular hits like Asli-Naqli and relatively little-known works like Majhli Didi and Biwi aur Makaan, Hrishikesh Mukherjee has had a hand (and a mind and a heart, and sometimes—as I discovered when I read Jai Arjun Singh’s ‘sort of biography’ of the man—a house) in some of my favourite films. 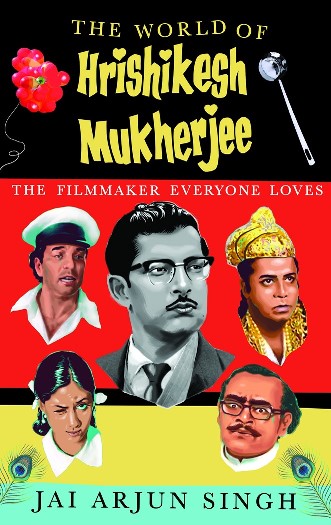 ‘The World of Hrishikesh Mukherjee’ (ISBN: 978-0-670-08708-2; Penguin Books India, 331 pages, Rs 599) comes with a singularly apt subtitle: ‘The Filmmaker Everyone Loves’. That phrase, or so it emerges from Jai’s analysis of the man and his films (more his films as a reflection of the man), could well be turned on its head and still applied fairly accurately: the filmmaker who loved everyone.

Not completely accurate, of course (it’s still a generalization), but as anybody who is familiar with Hrishikesh Mukherjee’s oeuvre can tell, there’s a certain humanism about his storytelling. Characters are rarely pitch black; even dark grey is an unusual colour, and if it is present in a character, chances are it will eventually veer away towards the white rather than the black. Think Chupke-Chupke, think Golmaal, Mem-Didi, Bawarchi, Majhli Didi, Naram Garam, Rang Birangi, Anuradha… there are no larger-than-life villains here, nothing that is irredeemably bad about a character.

That, as Jai explains in the section An absence of bad men (part of the chapter A World in Miniature), is a hallmark of the ‘humanism often associated with directors like Satyajit Ray, Yasujiro Ozu or Krzysztof Kieslowski—put very simply, the idea that circumstances and situations are bad, not people themselves’. And Hrishikesh Mukherjee took this idea forward in different ways in his films: not just by creating stories that the middle class could relate to, but by peopling them with likeable characters. By ‘seeing good things in people’, as Jai points out, with examples such as Bindu’s Chitra from Abhimaan, a far cry from the callous and conniving vamp the actress usually played. 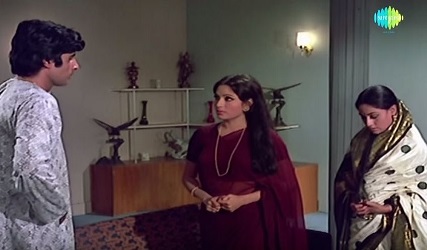 In the thirteen chapters that comprise this book, Jai covers just about every aspect of Hrishikesh Mukherjee’s cinema. It begins with Plots and Storeys. This is not just about the plots of Hrishi-da’s films and the importance of the ‘makaan’ or house in them, but also about his own house, Anupama, which used to become almost an adda, and which actually was the set in many of the man’s films.

From there, Jai wanders on to other topics big and small: seriousness and lightness; ethics; the ‘puppet’ characters who dance to the tunes of a Mehmood in Biwi aur Makaan or a Deven Verma in Rang-Birangi. Relationships between male and female characters. The dignity accorded to supporting characters, and the fact that even comic characters are not subjected to being merely pie-in-the-face props designed to get some guffaws from the front rows. The ‘fluidity of identity’ (the smooth, unflappable way in which characters tend to—Wodehouse-like—assume identities).

And, music. An accomplished sitar player himself, Hrishikesh Mukherjee invariably paid special attention to the songs in his films—to their music, their lyrics, and their picturization (which, as Jai points out, he never left—as several other directors were wont to do—to the tender mercies of assistants).

There are some anecdotes sprinkled here and there (for instance, Sharmila Tagore’s confession of feeling guilty that she—then young and obstinate—had insisted on a heavy bouffant for her role as Uma in Anupama, which really didn’t suit the character at all, as Hrishikesh Mukherjee had warned her). There are excerpts from interviews, both with people who worked with the director as well as his relatives, and with Hrishikesh Mukherjee himself (one is from an interview given to Shilpi, whose father Tarun Bose played one of the most important roles in one of Hrishikesh Mukherjee’s best films, the poignant Anupama).

Halfway through the book is a collection of glossy colour reproductions of material related to Hrishikesh Mukherjee and his films: stills, song booklets, and photographs. The book ends with a chronological filmography of the filmmakers, including a brief (very brief) synopsis of each film, its main cast and crew, and year of release.

What I really liked about The World of Hrishikesh Mukherjee is the overall feel to the book: it’s analytical, it will teach you a lot (it certainly taught me to look at elements of Hrishikesh Mukherjee’s—and I daresay, perhaps other filmmakers’—cinema in ways I had probably never paid much attention to before). Yet, it has nothing in it which will put off someone who’s basically a fan; you don’t need to have a done a course in film appreciation to appreciate this book. It’s immensely reader-friendly.

Add to that the fact that Jai Arjun Singh’s sense of humour surfaces every now and then. In the main text, of course, but equally often in the irreverent and delightful footnotes, which are almost like asides: (referring to Kotwal Saab, where ‘Bharat comes to his senses, a brush with a bullet having apparently cleared his mind’s cobwebs’, Jai adds as a footnote, ‘But more realistically than the Mithun film where a bullet passes through the hero’s brain, conveniently excising a malignant tumour’. Or—really corny, this one, though it did make me snigger—‘In that film [Rang Birangi] Ravi’s irresponsible stereotyping…’ comes with the footnote ‘Or ‘stereo-typisting’. Sorry.’ (which, if you don’t know Rang Birangi, refers to the fact that Deven Verma’s character Ravi tries to spice up his friends’ marriage by suggesting a flirtation with his secretary).

Verdict? Yes. An absolute and complete yes. I am a fan of books that make me feel, by the time I finish them, that I’ve come away richer for having read them. That the hours spent on reading it have taught me something valuable. This did, and in a comfortable, chatty, often humorous way. Don’t miss this if you’re a Hrishikesh Mukherjee fan. No, not if you want the gossip about the man or every little detail about his life, but if you like the films he made.

The World of Hrishikesh Mukherjee: The Filmmaker Everyone Loves is available online at Amazon India, here, at Flipkart, here, and at Infibeam, here, besides other online stores as well as brick-and-mortar bookstores.