I don’t recall exactly when I realized who the Hunterwali really was. Myth, fictional character, movie character: I had no idea, but—even as a child—I had vague memories of references to a feisty woman who went about cracking a whip (thus, ‘Hunterwali’—the ‘woman with the whip’). A particularly fearless, sharp-tongued woman would jokingly be referred to as Hunterwali, and I always thought it was a generic appellation. Not something derived from cinema, at any rate.

Then, somewhere down the line, I discovered the truth: that Hunterwali was a blockbuster hit film from the 30s, starring an actress named Fearless Nadia. The visual—I think it was a grainy photo in an old magazine or newspaper—was enough to explode all my ideas of what old Hindi film heroines (till then, for me, always sari-clad and melodramatic) were supposed to be. This one wore shorts and a clingy top. Her boots were no-nonsense ones, she wielded a whip and she generally looked super badass.

And she was blonde.

Many years went by before I discovered that Fearless Nadia was not Indian by birth (that blonde hair was a giveaway), and that she shared the same birth month and date with me.

In her biography of Hindi cinema’s ‘original stunt queen’, German film-maker and curator for the Berlin International Film Festival, Dorothee Wenner sets out to explore the life and times of this fascinating actress. Fearless Nadia: The True Story of Bollywood’s Original Stunt Queen (Translated by Rebecca Morrison; ISBN: 0-14-303270-4; Penguin Books; 248 pages; Rs 295) begins with a very brief introduction to Hindi cinema and its reception in the West (among other topics) before moving on to its main subject: the life of Mary Evans, who became so well-loved that “her image was to be seen on the façade of countless film theatres from Beirut to Athens, Nairobi to Cape Town”—and who drove legions of Indian fans into such frenzies that a viewing of a Fearless Nadia film invariably meant some fairly destructive and amateurish re-enactments of her stunts by these devotees.

Born on January 8, 1908 in Perth to a Scottish soldier married to a Greek dancer, Mary Evans left Australia with her parents when she was four years old, to come to Bombay. This city, by then one of the most happening places in this part of the world, was almost fairytale-like to Mary and her mother, and Wenner writes in interesting detail of Mary’s six years of schooling at a Catholic convent, the death of Mary’s father, and the subsequent shift of mother and daughter to Peshawar, where an already athletically-inclined Mary became adept at riding, shooting, and generally being ‘rather wild’. 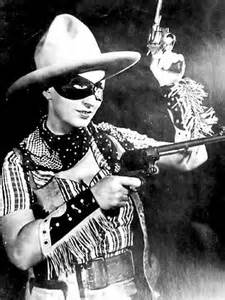 The story of Mary Evans’s transformation from an employee at Bombay’s Army & Navy store, to a dancer who toured the country, performing just about everywhere, to the blonde who became the star attraction of Wadia Movietone’s much-loved stunt films is engrossing. Interspersed with Mary/Nadia’s own story are the stories of the Wadia brothers, JBH and Homi (the latter going on, decades later, to finally marry Nadia, whom he had fallen in love with during the 30s). There are anecdotes about how JBH Wadia, much against the wishes of his very wealthy and well-respected family, ventured into the then-disreputable world of cinema. Of how Homi too joined him, and how Wadia Movietone was established. How Nadia (she had settled on that name after consulting an astrologer, who suggested that a name beginning with the letter N would prove fortunate) came to meet the Wadias.

And the films they made. Wenner does not, of course, go into the details of each film that starred Fearless Nadia (who acted in over forty films, beginning with Lal-e-Yaman in 1933 and ending with Khiladi in 1968), but she does justice to the landmark films. Hunterwali, the first film to use Nadia’s athleticism to good advantage; Miss Frontier Mail, which had Nadia doing daredevil stunts atop a moving train; Jungle Princess, in which she shared screen space with lions and had some hair-raising adventures while filming was in progress; Muqabla, Diamond Queen, Hunterwali ki Beti (which saw her re-emerge after the splitting up of the Wadia Brothers and the establishment of Homi Wadia’s Basant Pictures); and her swansong, Khiladi, where—despite being 60 years old by then—Nadia still gave no quarter.

The plots of these films are described in some detail, and interesting anecdotes from behind the scenes are shared. (A funny one, for instance, regarding Nadia losing control over a car while shooting for Miss Frontier Mail, or—in the course of the same film, her being elected to break the news of a local extra’s death to his mother). What comes across, again and again, through both the anecdotes as well as Wenner’s writing, is that Nadia was in many ways very similar to the women she portrayed onscreen: endowed with an excellent sense of humour, warm-hearted and generous, a crusader for the poor and oppressed—and immensely brave. Although she did have a ‘helper’ in some films and for some scenes, nearly all of Nadia’s stunts were performed not by extras, but by the actress herself.

Although she touches on Nadia’s personal life—her relationship with Homi Wadia, especially—Wenner wisely keeps the focus on Nadia’s professional life. And that includes interesting analyses of the films Nadia worked in. Not just the stunts, but the way Nadia’s onscreen characters reflected various aspects of real life. Wenner writes of feminism in India (and to a larger extent, in South Asia), and draws parallels between Nadia’s feminist characters and the political activist Mridula Sarabhai. She analyzes how, despite India’s still being a colony, Diamond Queen has obviously nationalistic tones to it. Politics, the status of woman, the norms prevalent in Hindi cinema (most of which Nadia broke with élan): all are discussed here, presenting, in its entirety, not just a biography of a charismatic woman, but also a story of a country, a people moving through the times.

Wenner’s book was written in 1999; the edition I own is from 2005. The time lag between when it was written and when I read it made for some interesting comparisons between what Indian cinema (and India) was like back then and what it is now. Wenner’s statement that no Indian actress can hope to get a role as a heroine after she’s married, for instance, now seems to be increasingly becoming outdated. There are other observations, too, many of them about the portrayal of women in cinema, that have—thankfully—to some extent (nowhere close to fully), become a thing of the past.

On the whole, this is a delightful book, an eye-opener and a fine tribute to a woman who’s legendary in Hindi cinema—and rightly so. I only wish there were more photos included in the book; the few that are there are just too few.