At the risk of being labelled an iconoclast and being trolled by diehard Lata fans, I have mentioned several times on this blog how much I like Asha Bhonsle. It’s not that I don’t like Lata: I do, very much, and there are many, many songs of hers that I cannot imagine anyone else singing, or singing better than she does. But when I think of Asha, of Aage bhi jaane na tu and Saba se yeh keh do and Yehi woh jagah hai… I cannot help but think that Asha is too often unfairly dismissed as being second to her Didi.

So, when I was offered a chance to review Raju Bharatan’s Asha Bhosle: A Musical Biography (Hay House Publishers India Pvt Ltd, ₹599, 332 pages), I jumped at it. (If you want to read a shorter and more tactful review, read the one I wrote for The New Indian Express, here). 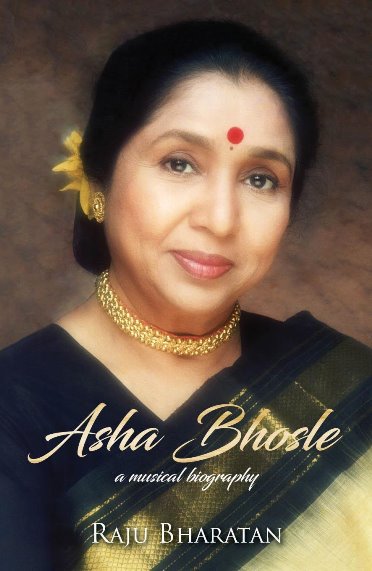 Bharatan’s book is a bit of a misnomer (but that, as you’ll see later in this review, pretty much applies to a lot of the contents of the book as well). Because this is not so much a biography of Asha as a hotchpotch of ideas, facts and details, most of them badly structured and eventually not enough to merit a book this long.

Don’t get me wrong; Bharatan does cover the basic ground when it comes to Asha’s life, or what is generally known of it: her elopement, when she was just fourteen, with Bhonsle; her long affair with OP Nayyar, and her partnering—personal and professional—with RD Burman. Her rivalry with Lata Mangeshkar. These details, however, are at times spotty: for instance, Bharatan goes into unsavoury depth regarding Asha’s relationship with OP Nayyar, but says next to nothing about Asha’s early life, growing up in the Mangeshkar household. 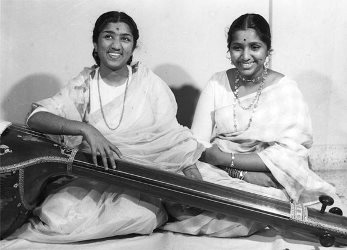 Writing about Asha’s career, Bharatan uses a few pivotal points, the main ones being her associations with the three main composers who gave definitive shape to her voice and her singing: SD Burman, OP Nayyar, and RD Burman. He discusses, in a fair bit of depth, each of these men, as composers and as human beings: the ‘self-centred’ SD Burman, the OP Nayyar who would use slaps to drive home a tune, the Pancham who, despite being married to Asha, gave some of his best tunes to Lata. He describes many songs and films, both landmark and obscure; he writes about other singers, male and female, and Asha’s dynamics with them, he lists—in painstaking detail—numbers. How many songs with this composer, how many songs with that, how many duets with Rafi, how many with Kishore, and so on. Impressive.

Why, then, did I not especially enjoy this book? Why did I heave a sigh of relief when I reached the end?

Firstly, because it’s poorly structured. One gets the impression that Raju Bharatan had a few select points to make—Asha vis-à-vis Lata, Asha vis-à-vis OP Nayyar/SD Burman/RD Burman, Asha versus Anuradha Paudwal, Asha in the new age—and he goes on repeating them again and again at different points of the book. Asha’s summary dismissal of the role OP Nayyar played in shaping her voice (and her career), for instance, gets repeated several times throughout the book.

Even otherwise, one tends to get the impression that Mr Bharatan is trying to stretch the book; there’s a lot of pointless rambling here and there. This, for instance: “It [Ae kaash kisi deewaane se] is an ultra-bright tune in which Lata on Asha Parekh lends vivacious voice to the idea of our Aaye Din Bahaar Ke star attraction unfurling as the glamour puss of glamour pusses. But the vastly underrated Nazima comes across as a tomboy all joy as she visually vivifies on Asha Bhosle spiritedly standing up to a Lata Mangeshkar. The ‘seasoned’ Asha Parekh looks the picture of ‘spring is here’ as the one symbolizing Aaye Din Bahaar Ke. But Nazima is not far behind in capturing the spirit of spring. Ae kaash kisi deewaane ko is just the kind of blues-chaser to come off in the well-harmonised Aaye Din Bahaar Ke voices of Lata-Asha. There is light-legged buoyancy to Laxmikant-Pyarelal getting Lata-Asha to tune with Asha Parekh-Nazima…”

There is an abundance of adjectives and adverbs (many of them misplaced; Khushwant Singh described as “without batting a blue-turbanned eyelid” is priceless). There are painful puns (“Much water had flowed under the Howrah Bridge by then… indeed Asha – even given the peerless presence of Madhubala opposite Ashok Kumar – had failed to Howrah Bridge the gap between Geeta and her…”). And some of it is downright ludicrous: “Ashok Kumar, in the Travancordial arms of a Padmini looking as Keralovely as ever…”). In addition, the distinctly Yoda-ish construction of most sentences put me off.

Bharatan writes with authority, and—considering he was pretty much in the thick of things—I would not be inclined to question most of what he puts forth as fact (except, possibly, an incident he mentions about Roshan telling him, Bharatan, to pass on a message to SD Burman that he, Roshan, had borrowed Burman’s Thandi hawaaein lehraake aayein as a base for Rahein na rahein hum. This, considering that Rahein na rahein hum was a fairly faithful copy of Roshan’s own tune, Tera dil kahaan hai, for Chandni Chowk, in 1954, sounds as if someone—Bharatan or Roshan—was confused).

Or perhaps it’s just a case of Bharatan trying to alert us to his importance in the golden days of Hindi cinema. Some of the anecdotes he recounts would, at any rate, be more appropriate to a Raju Bharatan memoir than an Asha Bhonsle biography.

All said and done, I found this book disappointing. It does give us an idea of Asha and her career, and (for me, more interesting) Hindi cinema back in the 50s and 60s—but the writing itself leaves a lot to be desired. Enough, at least, to not make me want to read more of Bharatan.