Here is the answer to the question I set a couple of days back. What do Aapke kamre mein koi rehta hai, Yeh jawaani hai deewaani, Pyaar deewaana hota hai and Yeh kya hua have in common, I had asked (besides the obvious: that Kishore had sung all four, and RD Burman had composed all four). Some people got the answer correct, and some came close to guessing. Yes, these songs were all copied by Burman from tunes he had composed for one film. That was a Bengali film named Rajkumari, released in 1970.

Rajkumari, starring Tanuja as the eponymous princess, is a film I came across thanks to friend and erstwhile fellow blogger, Harvey. Some weeks back, Harvey shared a link to one of the songs of Rajkumari (more about these songs, later). I liked it so much that I made up my mind I had to see it. And it turned out to be quite entertaining. 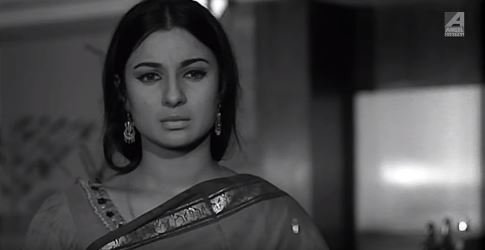 END_OF_DOCUMENT_TOKEN_TO_BE_REPLACED

At the risk of being labelled an iconoclast and being trolled by diehard Lata fans, I have mentioned several times on this blog how much I like Asha Bhonsle. It’s not that I don’t like Lata: I do, very much, and there are many, many songs of hers that I cannot imagine anyone else singing, or singing better than she does. But when I think of Asha, of Aage bhi jaane na tu and Saba se yeh keh do and Yehi woh jagah hai… I cannot help but think that Asha is too often unfairly dismissed as being second to her Didi.

So, when I was offered a chance to review Raju Bharatan’s Asha Bhosle: A Musical Biography (Hay House Publishers India Pvt Ltd, ₹599, 332 pages), I jumped at it. (If you want to read a shorter and more tactful review, read the one I wrote for The New Indian Express, here).

END_OF_DOCUMENT_TOKEN_TO_BE_REPLACED

I can blame my not having watched Bahaaron ke Sapne all these years on my father: when I first expressed an interest in the film because it had been directed by Nasir Husain (back then, a teenaged me associated Nasir Husain only with frothy and entertaining films like Dil Deke Dekho, Tumsa Nahin Dekha, and Phir Wohi Dil Laaya Hoon), my father said, ‘It’s a serious film.’

And that was that. Because, back then, I didn’t care to ask how serious. Anything that smacked of reality rather than escapism was not to be touched with a barge pole.

END_OF_DOCUMENT_TOKEN_TO_BE_REPLACED

A lot of my memories of 50s and 60s cinema date back to the 1980s, when almost all the films I watched were those shown on Doordarshan. In the early years, with Doordarshan being the sole channel, my sister and I (our parents were rather more discerning) watched every single Hindi film that was telecast, down to painful stuff like Jai Santoshi Ma and the thoroughly obscure Fauji, with Joginder Singh (who, if I remember correctly, also produced and directed it) in the lead role.

But, to get around to the topic of this post: Abhilasha, not a very well-known film but one which made an impression on me because of two songs I liked a lot. And because it depicted a mother-son relationship that was a little different from the usual. 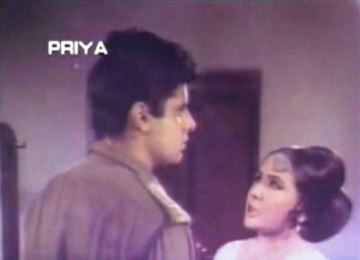