In my younger days, I used to watch a lot of war films: not the newer, more gory and violent ones, but the older, not so graphic type. My favourites were adventure films like Where Eagles Dare, though somewhere down the line I also developed a liking for more nuanced films, films like Battleground or Paths of Glory or La Grande Guerra, which showed the harsh reality of war, of the horror it is to go into battle, to fight a war plotted out by people sitting in a conference room far away…

The Bedford Incident is different. The people sitting in a distant conference room are there all right, but the real problem here seems to be not them, but the man who commands the USS Bedford. Captain Eric Finlander (Richard Widmark) is a hard, embittered man who gives no quarter.

END_OF_DOCUMENT_TOKEN_TO_BE_REPLACED

On a stormy night, a Viking longship battles the elements. Waves sweep over, tossing the ship; rocks loom. The men aboard the ship yell in fear and try to hold on to the masts, to each other—to anything—in an effort to stop from being sucked in by the water or dashed against the rocks. But the inevitable happens.

“And so, by the storm’s fury, he lost all that he loved most in this world: his ship, and his shipmates. But he was washed ashore, alone, the only survivor. Then the monks found him and took him to their monastery, where they tenderly nursed him, never asking his name, or his country. And, gradually, he grew stronger…”

END_OF_DOCUMENT_TOKEN_TO_BE_REPLACED

My mother was brought up in a family ruled by a very orthodox old curmudgeon—sorry, gentleman—who believed cinema was inherently evil. This was my great-grandfather, and thanks to his restrictions, the only films my mother and her siblings were allowed to watch were The Ten Commandments and Quo Vadis. After his death, though, the family let themselves go to seed. No, they didn’t start watching all the porn they could lay their hands on (I doubt there was much floating around in the Calcutta of the 60’s, anyway), but they certainly began seeing some films that, while not evil by any stretch of imagination, would probably not have won great-granddad’s approval. The Innocents. The Three Faces of Eve. And this one, a thought-provoking, disturbing film that raises a lot of questions. 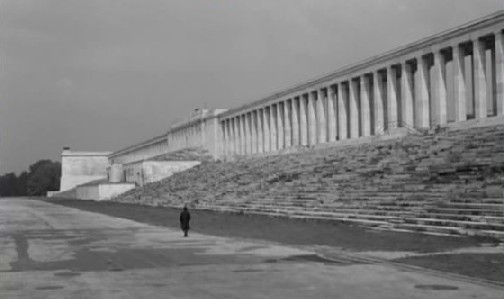