It’s been a while since I did my eye candy posts—lists of the Hollywood and Bollywood actors I think top the class when it comes to sheer good looks (nobody’s talking acting ability here). And in case you thought I’d forgotten about the ladies: no, I hadn’t. And yes, here they are: a list of the ten women I think were the loveliest in English-language cinema during the golden years.
Yes, I know I should’ve included her and her and her, and yes, how could I’ve forgotten her, but hey: this is my list! Enjoy, and tell me who your favourites are.
These, by the way, are more or less in order.

1. Ingrid Bergman: I just so adore this woman, with her soulful eyes and that perfect face. And such an accomplished actress too: whether I’m watching Notorious or Gaslight, Spellbound or The Bells of St Mary’s, she can make me forget this is the gorgeous Ingrid Bergman: she just becomes the character she plays.

2. Grace Kelly: This is one of those actresses with a really apt name. Elegance personified, Grace Kelly was the one lady I’d have expected to marry a prince. There’s something just so absolutely regally flawless about her. 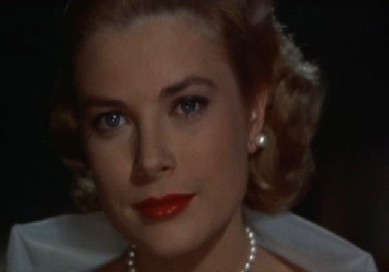 4. Vivien Leigh: Another example of Britain’s beautiful women (and—yippee—we have a link to her too! She was born in India, in Darjeeling). What a perfect face, and what superb acting. I used to think of her always as the gritty and selfish Scarlett of Gone with the Wind, but ever since I saw Waterloo Bridge, to me she’s Myra, doomed and deeply in love… and I’m sure, with the next Leigh film I see, she’ll be someone totally different. 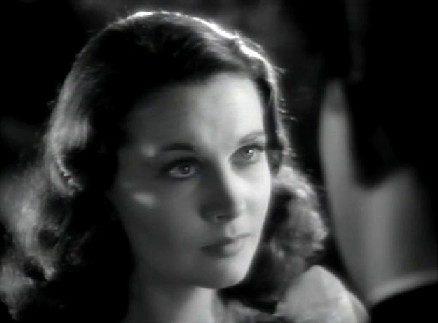 5. Marilyn Monroe: Nunnally Johnson, writer of How to Marry a Millionaire, once said: “Marilyn’s a phenomenon of nature, like Niagara Falls and the Grand Canyon. All you can do is stand back and be awed by it.”
Personally, I think Marilyn is best appreciated not in dumb blonde roles like that of How to Marry a Millionaire’s Paula. See her in River of No Return, without the greasepaint and the wide-eyed look. Watch her enchant a little boy as she sits, clad in jeans and a blouse, strumming on her guitar and singing Down in the Meadow. This is Marilyn at her beautiful, untouched best.

6. Kim Novak: Not one of the big stars, not eye-poppingly beautiful, but somehow very striking (it’s probably the combination of blonde hair and darker eyebrows). `The Lavender Girl’ has a certain self-confidence and a been-there-done-that air about her that makes her what she is. No wonder James Stewart’s character in Vertigo falls so badly for her.

7. Eleanor Parker: I must admit I’ve only seen three Eleanor Parker films, and in two of those, she (on the surface, cheerfully) gives up the hero for another. Why, I wonder, did this stunning woman end up doing so few films as a lead actress?

8. Greer Garson: Remember what I said about British actresses? This is another one of them, and the classic `English rose’ too: radiantly, luminously lovely.

9. Jane Russell: If Greer Garson’s the English rose, Jane’s the American sunflower: bright and unabashedly showy. There’s something about that self-assured, sexy, slightly brash air about her. And guess what? Alaska actually named twin mountain peaks after Jane’s assets!

10. Priscilla Lane: The antonym for Jane Russell: wholesome, sweet, girl-next-door. The pretty Priscilla, regrettably, did only a handful of films, but there’s a dewy innocence about her that’s perfect for roles like the one in Arsenic and Old Lace.

And, since this is now a tradition that began with the first of these posts, two more whom I couldn’t slot, but like a lot:

1. Deborah Kerr: Yes, she is one of my favourite actresses, but I still wouldn’t class her as truly beautiful, even though the `English rose’ tag was hers for a long, long time. The lips, I think, are too thin and the voice is a little quavery. But I love Deborah.

2. Jean Simmons: Also British, like Garson, Leigh, Taylor and Kerr. And, like Taylor and Leigh, with hauntingly beautiful dark eyes and hair. There’s something about the mouth, however, that can at times make her look older than she is.