In The Vikings (1958), a Northumbrian queen is widowed and raped by a Viking conqueror named Ragnar. She later gives birth to his child, a son whom she tries to protect from the hatred of the newly-crowned king of Northumbria by tying a distinctive amulet around his neck and sending him far, far away, to grow up in safety.

Twenty years, the baby has grown up and is a slave, still wearing the amulet—and now the sworn enemy of a Viking warrior who happens to be the son of Ragnar. And, coincidence, coincidence: both men are in love with the same woman.

And the climax comes in a fight between the two half-brothers.

Where have I seen that, or at least bits of that, before? Parasmani? Waqt? Aayi Milan ki Bela? Johnny Mera Naam? I’m sure a weeping Nirupa Roy (or Achla Sachdev or Sulochana Latkar) tied distinctive amulets on countless babies just before deserting them. And that countless heroes, unaware that they were on the verge of beating up their long-lost brothers, let fly at other men who appeared to be villains, but weren’t really—and were often anyway in love with the same woman the hero loved. 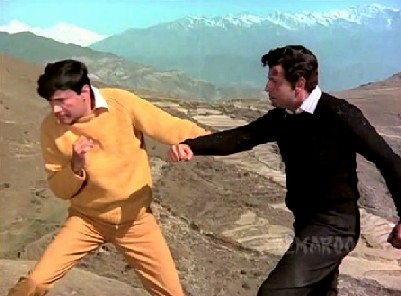 But what people will do for love! Even leave their identities behind. It’s amazing how people in films happily disguise themselves, for no very good reason. Except, it seems, for keen-sighted viewers to be able to say “A-ha!” to an easily hoodwinked hero/heroine (though it’s usually the hero thus deceived). Here’s an example: in West of the Pecos, Barbara Hale pretends to be a boy just because, in her opinion, it’s easier to be male than female in the Wild West.
And of course, Robert Mitchum, as Pecos Smith—otherwise savvy as they come, very macho and very sharp, doesn’t have the eyes to see this boy is no boy at all.

What’s even more baffling, when he does discover he’s a she, she leaves off pretending to be a boy—even to the world. Suddenly, it’s easy being female in the Wild West.

Reminds me of I don’t know how many Hindi films I’ve seen. Dr Kotnis ki Amar Kahani, Taxi Driver, Nau do Gyarah, Ji Chahta Hai, etc etc—all of which had women passing themselves off as men for the flimsiest of reasons. And then stopping for equally flimsy reasons. And getting away with it.

Disguises, though, don’t end at fake moustaches and baggy trousers. In The Major and The Minor, a lovely 20-something Ginger Rogers, too hard up to go back home to Iowa from New York, resorts to subterfuge. She passes herself off as a 12-year old so that she can travel on a half fare. 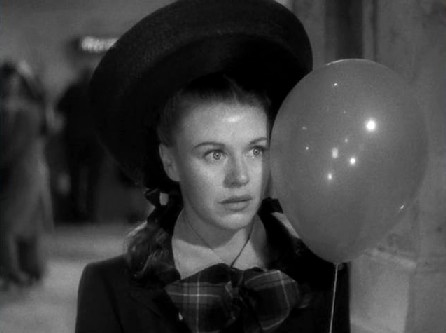 Hmm. Didn’t Kishore Kumar shave off his moustache and don a really ridiculous outsized sailor suit in the aptly-named Half Ticket because he didn’t have the money for a full fare? Or something along those lines.

Oh, and coming back to one of my favourite films: that lovely Judy Holliday musical, Bells Are Ringing. In which Judy falls deeply in love with a man she’s never seen; she’s only heard his voice (considering he’s Dean Martin, I’m not surprised). Such a sweet film…

… and so reminiscent of all those Hindi films in which we have heroines falling left, right and centre for men they’ve never seen. To be fair, though, our ladies are less swayed by the physical angle of it. If looks weren’t a criterion for the heroine of Bells Are Ringing, even a gorgeous voice isn’t a consideration for the heroines of films like Chhaya or Mirza Ghalib: they fall in love with a man’s intellect, with the poems or the prose he writes. 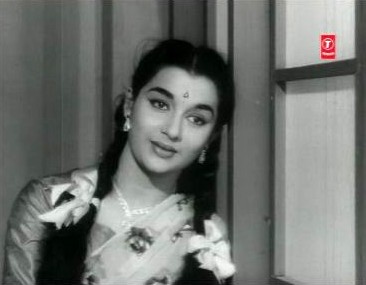 And finally, an old favourite: the conflict between love and honour. I thought this was something Hindi cinema specialised in. The unsuitable beloved (‘unsuitable’ because she happens to be a dancing girl or poor or otherwise unequal to the wealthy and highly respectable family of the hero) is approached by a close relative of the hero’s. Typically, this is a consumptive father (Nasir Hussain, usually) or a weepy mother (Nirupa Roy, again?) who pleads/coaxes/uses emotional blackmail to convince the heroine her man’s better off without her. Think Mere Sanam. Think Pakeezah. Think Bandish. 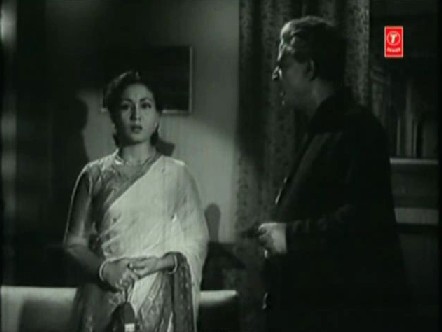 So what does she do? She knows he loves her too much to let go so easily—so she pretends she’s wicked and/or in love with someone else and/or was just playing fast and loose all this while. This also works perfectly when the heroine’s blackmailed by other miscreants who plan to harm the hero in some way. 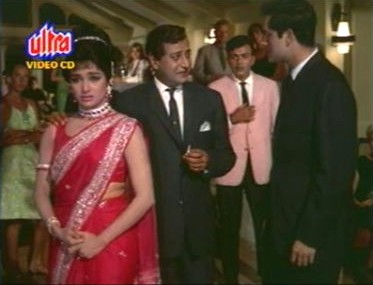 The self-sacrificing heroine who manages to convince the hero she isn’t all he thought her to be, isn’t, I am glad to say, a Hindi film motif. Way back in 1936, Greta Garbo did the same in Camille. Hah! 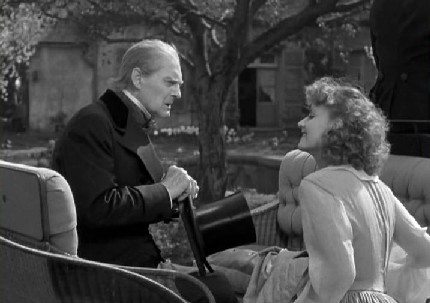 Some more research, a lot more delving into old Hollywood, and I just may be able to find the answers to a lot of questions that have bothered me.

13 thoughts on “Now why does that sound familiar?”