My maternal grandfather used to work in the Gramophone Company of India. Mummy grew up in a house full of LPs, and a lot of those—including dozens of albums from Hindi films of the 50’s and 60’s—ended up in our house. I grew up listening to music; but for a long time, I couldn’t tell one singer from another. The first singer whose voice I learnt to identify (I must have been about 11 or 12 at the time, I think) was Hemant.
Hemant Kumar Mukherjee was born on June 16, 1920, and went on to become one of Hindi cinema’s great music directors—and a singer with a very distinctive voice, rich and deep and sonorous.

So, as a birthday anniversary tribute: my ten favourite Hemant songs. These are all from the 50’s and 60’s, from films that I’ve seen, and in no particular order. Frankly, each song is a masterpiece in itself. 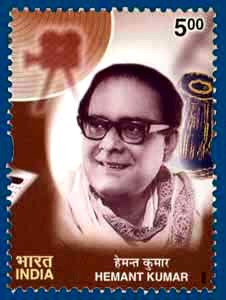 1. Tum pukaar lo tumhaara intezaar hai (Khamoshi, 1969): Khamoshi has much to recommend it: the story, the acting, Hemant’s music—and his voice in this hauntingly beautiful song. Gulzar’s lyrics, Dharmendra’s restless pacing on the balcony, Waheeda Rehman’s stricken face: all go into making this song and its picturisation one of the most memorable in Hindi cinema. But without Hemant’s low, aching voice, throbbing with passion and anguish, echoing through the halls of the hospital, Tum pukaar lo wouldn’t have been quite the same… 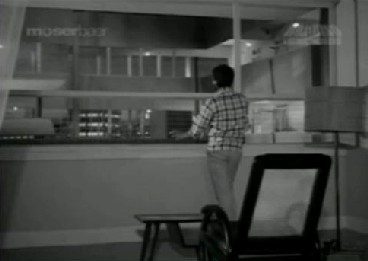 2. Yeh nayan dare-dare (Kohra, 1964): Biswajit isn’t one of my all-time great actors, but he certainly had some awesome songs picturised on him. The songs of Kohra and of Bees Saal Baad, for both of which Hemant sang playback for him, are a case in point. And this is one of my favourite songs, ever; so gloriously romantic and gentle, it gives me gooseflesh every time I listen to it. Hemant’s humming, and that low, soothing singing is nothing short of mesmerising.

3. Ya dil ki suno duniyawaalon (Anupama, 1966): Another favourite song from another favourite film which, incidentally, had Hemant as its music director. There’s a sensitivity and a beauty about Anupama that few films can match, and the same could well be said of Ya dil ki suno duniyawaalon. Kaifi Azmi’s lyrics are touching, and Hemant does full justice to them, in a voice full of pain and sympathy for another who finds it difficult to articulate her feelings.

4. Jaane woh kaise log thhe jinke (Pyaasa, 1957): This song resembles Ya dil ki suno duniyawaalon in that here too the singer is standing in the midst of a party and singing a song of woe. But Jaane woh kaise log thhe jinke is more heart-rending, I think, with far more bitterness and none of the comfort of knowing that there is someone to share the burden of that sorrow. Kisko fursat hai jo thhaame deewaanon ka haath (“who can spare the time to befriend a madman?”) sings the disillusioned poet, and you can feel that emotion in every breath of Hemant’s voice. Heartbreakingly poignant.

5. Na tum humein jaano na hum tumhe jaanein (Baat ek Raat ki, 1962): Hemant also sounds so perfect when he hums, doesn’t he? And this song starts off with that, before moving into an equally beautiful set of vocals. High notes, low notes: he sings it all in a smooth, romantic style that’s enhanced by the warm intimacy of that faintly Bengali accent. I love it!
(And Suman Kalyanpur’s cameo in the song is just so. It couldn’t have been better).

6. Hai apna dil toh aawaara na jaane kis pe aayega (Solvaan Saal, 1958): A far cry from the romantic softness of Yeh nayan dare-dare and the melancholy of Jaane woh kaise log thhe, Hai apna dil toh awaara allows Hemant to show off his adeptness at more light-hearted songs. This one’s deliciously flirtatious, and Hemant’s voice, smooth and oh so attractive, is perfect playback for the equally attractive Dev Anand. No wonder he has everybody (or almost everybody) in the compartment grinning at him!

7. Mujhko tum jo mile yeh jahaan mil gaya (Detective, 1958, with Geeta Dutt): This has been one of my favourite romantic songs for many, many years: an exceptionally melodious tune in the voices of Hemant and Geeta Dutt. And remember what I said about Hemant’s humming? This song starts off with that too, and Hemant’s voice itself is particularly velvety and attractive. And so well suited to Pradeep Kumar. 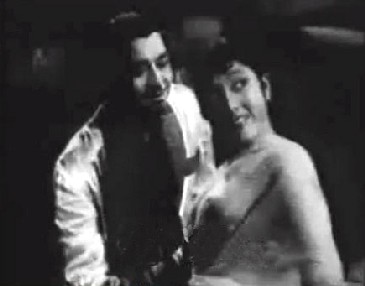 8. Beqaraar karke humein yoon na jaaiye (Bees Saal Baad, 1962): Hemant sings for Biswajit, in Biswajit’s debut Hindi film. Bees Saal Baad had a stunning score (by Hemant himself; another superb song is Zara nazron se keh do ji) —but the best, in my opinion, is this song. It’s a flirtatious yet romantic tune brimming with the imagery of a beautiful day in the countryside: the dark, rain-filled clouds; the roses; the bees… and a lovely girl who needs just a little bit more wheedling to bestow more than just an amused smile on a smitten admirer.

9. Ay dil ab kaheen le jaa (Bluffmaster, 1963): An unusual combination, this: Hemant sings playback for Shammi Kapoor—and creates a moving song of remorse, of a young man suddenly realising that life is not a bed of roses and that his far-from-scrupulous past has finally caught up with him. I wouldn’t have believed that Hemant could be such a convincing playback for Shammi Kapoor, but he is: the deep but controlled emotion of the song comes through perfectly in Hemant’s voice.

10. Teri duniya mein jeene se toh behtar hai ke mar jaayein (House No. 44, 1955): Hemant sang a lot of playback for Dev Anand. This song, though its lyrics are far from peppy, has a light tune punctuated by an unusual hooting. It begins with Hemant’s trademark humming, and then flows along, gentle as the ripples in a pool, finally soaring up into a plea to the Almighty for a little bit of happiness. Very distinctive, and very easy on the ears, especially as the background music (dominated by a harmonica) is minimal.

118 thoughts on “Ten of my favourite Hemant songs”