Despite the fact that I love reading as much as I enjoy watching films, I don’t read too much cinema-related writing. Part of the reason is that a lot of what I see in bookstores consists of biographies or autobiographies, and I have a horror of picking up one of those, only to find myself reading the sordid details of people’s personal lives. I’m really not interested in that; what I do like to read is about films themselves, and the professional side of those who make them. (Though I’m happy reading anecdotes like how Madan Mohan persuaded Manna Dey to sing Kaun aaya mere mann ke dwaare, or how Mohammad Rafi got to meet his idol).

So, when I came across Om Books International’s Housefull: The Golden Age of Hindi Cinema (Ed. Ziya Us Salam) and saw that it was a collection of mini essays about the best films of the 1950s and 60s, I decided this might be right up my street. 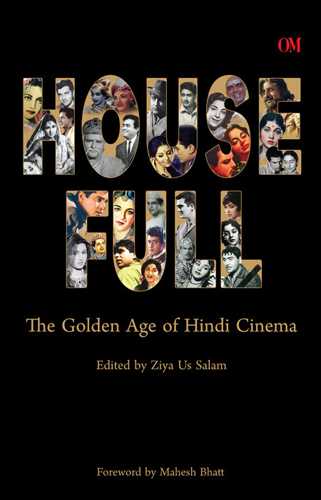 Housefull’s essays have been contributed by four people: Ziya Us Salam (a film critic with The Hindu), Suresh Kohli (poet, writer, translator, literary critic, film historian, and editor), Anuj Kumar (who reviews films for The Hindu), and Vijay Lokapally (an authority on the cinema of the black-and-white era). Between them, they’ve written up about 250 pages of content on films ranging from Baazi to Satyakam.

After a foreword by Mahesh Bhatt and an introduction by Ziya Us Salam (the latter more or less consisting of excerpts from the essays), the book is divided into eleven sections. Most of these deal with the great directors of the 50s and 60s: Bimal Roy, Guru Dutt, Mehboob Khan, Raj Kapoor, V Shantaram, Shakti Samanta, BR Chopra, the Anands (and Navketan, as a whole). There’s an odd, somewhat incongruous section bunged into the middle of these, named Period Films (1952-1960). And, just before the afterword (by Jaya Prada), there’s a section on solos, films like Teesri Kasam or Bees Saal Baad, which were, in most cases, the only major highlight of their directors’ careers. 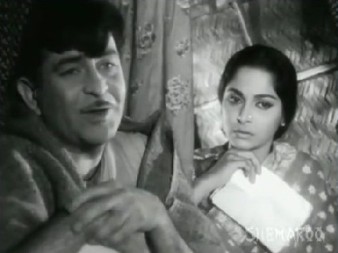 Each section begins with a short introduction, mostly by someone eminent: Gulzar, for example, provides an introduction to the films of Bimal Roy. This is followed by a set of write-ups on the films of that section. Not all the films made by the director, but some of the landmark ones. In the first section, Bimal Roy, for instance, there are write-ups on Do Bigha Zameen, Devdas, Madhumati, Sujata, and Bandini.

This is where the bulk of the writing lies: in the short essays on the defining films of Hindi cinema’s golden age. Each essay begins with a brief listing of the main credits: the director, writer(s) (story/screenplay/dialogue), lyricist(s), music director(s), cinematographer, and main actors and actresses.

That’s followed by a synopsis of the film. The length of the synopsis varies from the barebones to the detailed, and then comes the rest: basically, whatever the writer wants to say about the film. There are anecdotes here about how the film came to be made, behind-the-scenes stories (not, thankfully for me, gossip about personal lives!), and—surprise, surprise—a longer synopsis. I honestly don’t understand the need to repeat a story twice within the same book, once in a condensed form and once in a longer one. Why?

Interspersed with all of this are the writers’ own thoughts about the film: what (or who) makes it what it is, where the film scores. And, rarely, where it doesn’t score. There seems to be such a pronounced aura of ‘everything in this film is so wonderful’ in each essay, that one ends up with the impression that the writer is biased. Here is an example; this is from the essay on Milan (1967):

“Nutan’s sari is a masterful example of the designer’s eye, reserving a combination of simplicity and elegance for the lead actress. The sleeves and pleats are used to set off the height of the leading lady. Raj’s camera work is splendid too…” 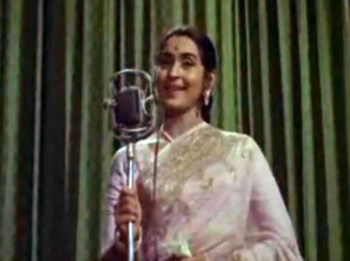 I guess I’m nitpicking here, but for me, that doesn’t really say much. Not about Bhanu Athaiya’s costume design, and not about the sari. Least of all, about the film itself.

Not that the writers are always biased; there are occasional instances where flaws are pointed out. In Taj Mahal (1963), there’s a remark about Pradeep Kumar: “…for all his skills, seems to be a tad too old to be a lovelorn prince”, and there is the odd sentence here and there about someone not quite making the mark—Leela Naidu in Yeh Raaste Hain Pyaar Ke (1963), for example, is described as “so wooden that she makes even a placid Sunil Dutt look outstanding.” 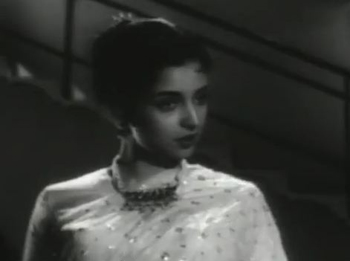 Where the essays score is in the anecdotes and the back stories. For example, how O P Nayyar had composed 20 songs for Kashmir ki Kali, but only a handful of these were used—the rest being kept aside, to be later used in Sawan ki Ghata. Or how Aan (1952), while a failure in India, ran (as Savage Princess) for 12 consecutive weeks in London’s Rialto Cinema—and was dubbed in several languages, including French and Japanese (the Japanese version was an 88-minute one, released in 1954). 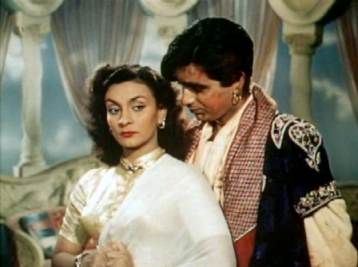 There’s plenty of this interesting trivia, some that would be familiar to die-hard classic cinema fans like me, some that elicits a triumphant “I didn’t know that!”

On the flip side, the editing leaves a lot to be desired. I know the editor in me tends to come to the fore when I’m reading a book, but even if I try to suppress my urge to pencil in corrections, there’s only so much I can take.
If I were to offer some suggestions on cleaning up Housefull, this is how my list would read:

1. Exclamation marks need to be used very judiciously, especially when writing anything that isn’t dialogue. A single paragraph containing three sentences: “Here the prince comes to meet his lady love almost as a commoner, dressed up as a sepoy!”, “For instance, when Anarkali is put on sale, she sings once again, calling out to her beau, ‘Aaja ab to aaja, meri qismat ke kharidar’!” and “Of course she worked up the magic without touching the bottle!” – is really not advisable.

2. Spell check’s a useful tool for a writer. It helps you find that underpriviledged and transend aren’t words.

3. It’s good to re-read what you’ve written. This helps weed out sentences that can be terribly confusing for a reader who hasn’t seen Aradhana (frankly, even though I’ve seen Aradhana multiple times, I still got muddled with this one):

“One day, as the owner wants to impose himself on her, Suraj (younger Rajesh Khanna) kills him to save his governess. Vandana in turn takes the blame for the murder, protecting her child. Of course, Suraj has time for romance too with Renu (Farida Jalal) playing the romantic lead.” 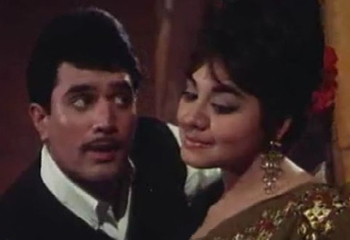 How a ‘younger Rajesh Khanna’ could have been playing Suraj in the same film in which he starred as a young man is beyond me. And it seems rather precocious of little Suraj (there is no mention that he’s grown up in the interim) to be romancing Renu.

4. Check your facts. While a half-Kashmiri, half-Ladakhi Kammo (Priya Rajvansh) from Haqeeqat could be passed off as a “naïve Kashmiri hill girl”, there’s really nothing in the film that marks Dharmendra’s character as a Ladakhi.
And yes, Priya Rajvansh didn’t play Kammo; her character’s name was Angmo. 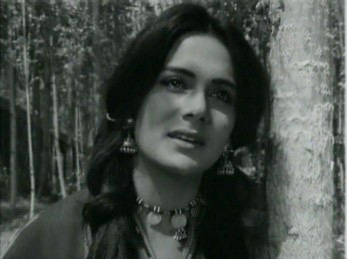 Also, if I remember correctly, in Khamoshi, it’s not strictly correct to say that “Arun gets cured but Radha is once again in love with her patient.” I could be wrong, but I recall the film as being centred around Radha’s single-minded and unrequited love for Dev (Dharmendra); her pretend-love for Arun (Rajesh Khanna) never turns to reality.

5. Use logic. Let’s say you’ve written, within a couple of pages, about Babul (and mentioned the Talat-Shamshad romantic hit song Milte hi aankhen dil hua deewaana kisi ka), Baazi, Jaal, and Footpath (where you write about Talat’s Shaam-e-gham ki kasam). If the next film you’re talking about is Taxi Driver, to say that “Talat Mahmood scored a rare hit as did Dev Anand with the song ‘Jayen to jayen kahan’”—well, that does sound a little illogical. Five films, three hit songs that were Talat’s, and this is a ‘rare hit’?

6. Please, please don’t give away the endings of films. I have seen Haqeeqat, Teesri Kasam, Khamoshi and Yeh Raaste Hain Pyaar Ke, but plenty of other readers may not have watched these, and may not appreciate being told beforehand how the film is going to end.

I will admit that I’m paranoid about some things—grammar, spelling, logic, etc—and that probably stems from the fact that I have worked as an editor. So I’m perhaps being overly critical of the writing in this book. It’s not terrible, not even downright bad—but it’s not a patch on, say, Sidharth Bhatia’s Cinema Modern: The Navketan Story. Bhatia’s book is an example of a well-researched, well-written book. Housefull, while being mostly well-researched, is let down by sloppy editing and carelessness.

Unfortunately, even the few images included (in two lots, midway through the book) aren’t particularly exciting: they’re mostly reproductions of posters, or stills from films. And the captions tend to match the general tone of the book: a still from Leader, of Vyjyanthimala smiling as she holds the receiver of a phone, is captioned “Vyjyanthimala imparts political overtones to Ram Mukherjee’s Leader” – which was news to me, since (barring one song) the lady didn’t really have that much to do with the politics in the film. 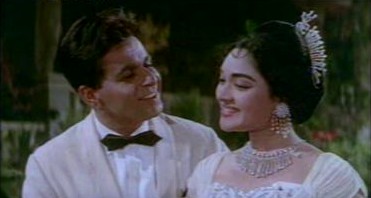 I’d recommend this book if you want to know some of the history behind the major films of the 50s and 60s. If you’re trivia-mad, and are willing to forgive errors, both language-related and otherwise. If you’re not, not.

P.S. And, while we’re on the topic of books, some shameless self-promotion. If you don’t already know, my fourth book—and the third in the Muzaffar Jang series—has been published. Titled Engraved in Stone, this is a novel set in Agra, in the winter of 1656-7 CE. Mughal detective Muzaffar Jang finds himself in Agra, saddled with the task of investigating the murder of a wealthy and influential merchant. In the process, Muzaffar unearths another mystery, this one long-forgotten. And finds himself in danger of losing his heart… 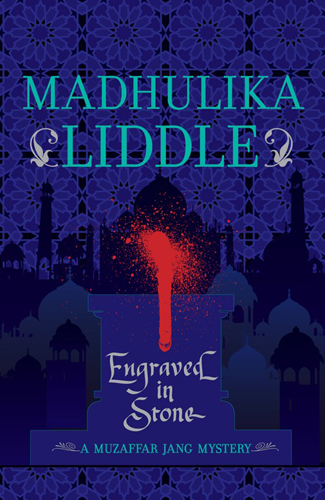 Engraved in Stone is available in paperback in most major bookstores in India, plus online at Flipkart, Infibeam, Book Adda, and other online retailers. Also, it’s available as a Kindle book from Amazon UK.