When I posted on Twitter about the person who’d advised me to not ‘waste my time’ watching ‘silly Indian films’, a Twitter follower pointed out that Satyajit Ray was also Indian. And I had to concur: Ray, in fact, was the first person who came to my mind as a refutation of that ‘silly Indian films’ generalization. His films are works of art. Occasionally ‘silly’ (Goopy Gyne Baagha Byne fits there), but that silliness is on genius level. It takes brains and creativity to be silly in the way Ray was with that film.

But Devi, ‘The Goddess‘, is nothing like that. There is no silliness here, unless you interpret toxic superstition as silliness.

END_OF_DOCUMENT_TOKEN_TO_BE_REPLACED 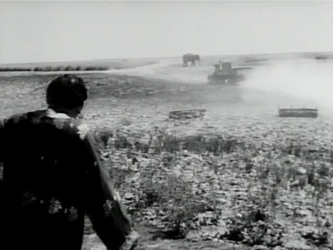 END_OF_DOCUMENT_TOKEN_TO_BE_REPLACED

Serendipity: noun. plural: serendipities. The faculty of making fortunate discoveries by accident; the occurrence of such a discovery. Coined by Horace Walpole in 1754, based on a fairy tale called The Three Princes of Serendib (‘Serendib’ being present-day Sri Lanka)—the three princes in question often making such lucky discoveries.

And what does this have to do with Chaowa-Pawa (‘To Want and To Have’)? Simply that, while I had set about watching this film because I really, really like the lead pair—Uttam Kumar and Suchitra Sen—I realized, within the first half hour of the film, that it was a remake of one of my favourite old Hindi films, Chori-Chori (which, as many of you would know, was a remake of It Happened One Night). Serendipity? Absolutely. 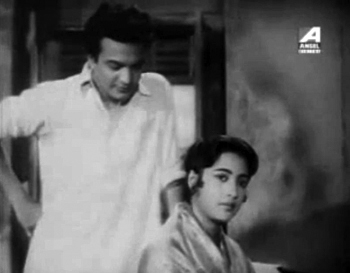