It’s a coincidence that memsaab reviewed Woh Kaun Thi? just after I’d seen Gaslight and decided to review it. The films are worlds apart (and yes, Raj Khosla fan though I am, I must acknowledge that George Cukor is better at this!) There is, however, an interesting similarity: a central character who seems to be steadily going insane.
That said, this is a great film, very watchable and with the beautiful Ingrid Bergman in a superb, Oscar-winning performance.

The film opens in 1875, in London’s fog-shrouded Thornton Square, where opera diva Alice Alquist has been strangled. Her teenaged niece Paula (Ingrid Bergman), who used to live with Alice, is tramautised by the incident, and is being sent off to Italy to learn music from Alice’s old mentor.

Zoom forward to 1885. Paula isn’t much of a singer, and is anyway madly in love with pianist Gregory Anton (Charles Boyer). They finally elope, and once married, discuss where they’ll stay. Paula suggests Paris, but Gregory’s keen on London. Although she’s still haunted by what happened in London, Paula loves Gregory so much, she acquiesces. The house at 9, Thornton Square, had been left to her by Alice, so that’s where they’ll stay.

In Thornton Square, they see the relics of the past: Alice’s portrait, depicting her as an empress in one of her popular opera roles; an embroidered glove; the piano; and Alice’s book of music. Flipping through the musical notes, Paula comes across a letter to Alice from a Sergius Bauer, begging Alice to meet him. Paula begins to read out the letter to Gregory, but he snatches it away from her and is obviously quite upset.

Paula herself gets quite upset when she sees the place where, as a girl, she’d discovered Alice’s corpse. Seeing her anguish, Gregory decides that everything that reminds Paula of Alice will be locked in the attic, and it’ll be boarded up.
Gregory also sets about finding domestic help for them. He hires a hard-of-hearing cook, Elizabeth (Barbara Everest), and a cocky housemaid, Nancy (the 18-year old Angela Lansbury, in her debut role). Gregory tells Nancy that she’s to take her orders only from him, because Paula is “inclined to be highly-strung”. 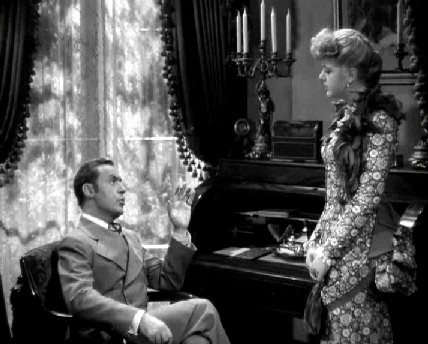 As the days pass, Gregory, in fact, tries (successfully) to convince Paula that she isn’t well enough to go anywhere. Meanwhile, their snoopy but good-hearted neighbour Bessie Thwaite (Dame May Whitty, as charmingly irritating as she was in Hitchcock’s The Lady Vanishes) wonders aloud why Mrs Anton is never to be seen out of doors.

Paula is ecstatic when Gregory plans a trip to the Tower of London—and presents her with a brooch just as they’re stepping out of the house. At the Tower, the Kohinoor (and the other Crown jewels) fascinate Gregory, before Paula suddenly discovers that the brooch is missing. A frantic search ensues, but it’s gone. Paula doesn’t tell Gregory at the time, but when she confesses, he accuses her of being absent-minded and confused.

While at the Tower, Paula encounters a stranger, who tips his hat to her. This is Brian Cameron (Joseph Cotten), an officer at Scotland Yard who had once been a fan of Alice’s. He is curious about Paula—she is the spitting image of Alice—and tries to find out more at the Yard, but to no avail. There were no suspects and no motive, he’s told. Case closed. 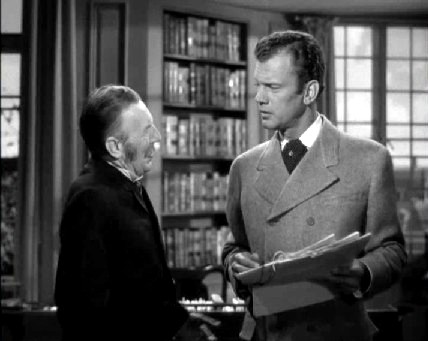 In the meantime, strange things are happening at 9, Thornton Square. Paula is shut inside the house all day, with only the increasingly insolent Nancy for company. Gregory goes off every evening to practise his music in a studio down the road; and while he’s gone, the gaslight dims (as if someone had turned on a light somewhere else in the house—although Elizabeth and Nancy deny it), and then Paula hears weird sounds, footsteps, and the like. Nobody else appears to notice any of this.

One day, a picture disappears from their drawing room, and when the two servants disclaim all knowledge, Gregory turns to Paula. She denies having taken down the picture, but soon after, pulls it out from the staircase landing and hands it to Gregory.
As if that’s not bad enough, a while later, Paula insists on going to a musical performance at the house of Lord and Lady Dalroy. Gregory tries to dissuade her, saying she’s ill—he even writes a note to the Dalroys, begging off. But Paula refuses to take no for an answer, and they go.
At the Dalroys, Gregory notices another guest:

While they’re listening to the performer, Gregory tells Paula his pocket watch has gone missing. He insists that he’d brought it with him to the soiree, and does a quick search of Paula’s bag. Voila!

Paula has a very awkward breakdown right there, and they leave in a hurry. This, says Gregory (the ever-loving husband!), is the reason he never takes Paula out anywhere: she’s swiftly losing her mind, and who knows when and where she’ll do something that’ll embarrass them both?

So what exactly is going on? Is Paula really going mad? Where do Alice Alquist and her long-ago murder fit in? Will Cameron be able to unravel the mystery?

What I liked about this film:
Just about everything. It’s gripping, well shot, and has some truly unforgettable characterisation. But, most vividly recalled:
The atmosphere. The fog, the lamplighter walking along lighting the street lamps, the horse-drawn hackneys clip-clopping and clacking by: everything is very like I imagine 19th century London to be. Also rather gloomy and forbidding, both inside the house and outside—which just heightens the suspense. 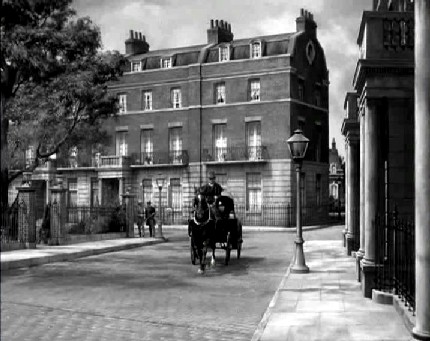 The acting. Ingrid Bergman is splendid, acting the lovestruck bride as convincingly as she does the self-doubting, nervous woman who has seemingly lost the ability to think straight. Her trauma is palpable.
And if Bergman’s good, so is Charles Boyer. He’s very good as the husband who’s part-impatient, part-overprotective, charming one moment and contemptuous the next, a man who’ll flirt with the housemaid in the presence of his wife, and then justify the flirting.

What I didn’t like:
The fact that the culprit becomes fairly obvious early on in the film. It becomes more of a whydunit than a whodunit.
Joseph Cotten is supposed to be Scotland Yard, so it’s jarring to hear an American accent. Why not a Brit actor here, I wonder?

But still, a great film and a must-see for any noir fan.