This post came about because of my recent review of Rangeen Raatein. Another film-lover, an American, noticed that post and said that she thought it was time she began branching out into watching Hindi cinema too (she’d already seen a good bit of Satyajit Ray’s work). She thought she’d begin with Rangeen Raatein. I was quick to dissuade her, of course—even I, die-hard Shammi Kapoor fan that I am, probably couldn’t stomach a rewatch of that film.

But it made me think: if I had to introduce a newcomer to Hindi cinema (or, more specifically, pre-70s Hindi cinema, since that’s what I love most), which films would I recommend? They would have to be films that are available with English subtitles, of course.

So here it is: my list. I do not claim that these are the best Hindi films of that era; by no means. They just happen to be ten of my favourites. These are in no particular order.

1. Sahib Bibi aur Ghulam (1962): A naïve country bumpkin arrives in late 19th century Calcutta, and encounters two very different worlds, peopled by two very different people. One is the warm, sunny world of the strong-willed Jaba, who flirts with him; the other is the dark gloom of the grandly decaying mansion where the beautiful Chhoti Bahu spends her days and nights waiting for the philandering husband who has no time for her.

See it for: The excellent direction (Abrar Alvi, though most believe that Guru Dutt himself was the actual director). The great script, based on Bimal Mitra’s novel. And, last but not least, Meena Kumari’s award-winning role as the Chhoti Bahu, doomed and desperate and almost haunting in her intensity. 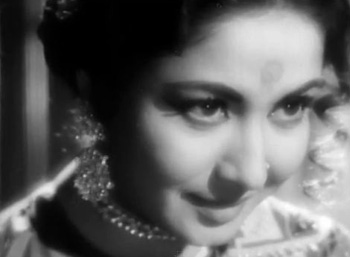 2. CID (1956): The editor of a Bombay newspaper is murdered in his office on the eve of a major exposé.  The Criminal Investigation Department (CID) cop who handles the case finds himself being offered a bribe by a mysterious woman—and ends up being charged with torturing an arrested man to death.

See it for: The gritty, fast-paced, entertainment that makes this the best example of Bollywood noir. CID does have the songs and the romance and even the comic elements of the typical 50s and 60s Hindi film, but in its basics, it’s relatively close to the noir form known to Western cinema: grimy, brooding, and dark.

3. Dekh Kabira Roya (1957): Frothy, farcical comedy about three girl friends: one a painter, one a poet, and the third a singer, who’ve made up their minds that they can only ever fall in love with a man who shares their own passion for art/literature/music. Problems arise for the men who do fall in love with these ladies—because the men, while one is a publisher, one a singer, and one an artist—do not fall for the lady they’re ‘supposed’ to.

See it for: The sheer light-heartedness of the film, one of those unfortunately rare 50s and 60s Hindi films that are pure comedy.

4. Professor (1962): An educated but unemployed young man is forced—by poverty and his widowed mother’s illness—to take up a tutor’s job, disguised as an elderly professor. In the process, he falls in love with the elder sister of his two little students, and she reciprocates the love of this handsome man who’s wooing her. Complications arise when her termagant aunt falls for the old professor and makes up her mind to finally get married.

See it for: Shammi Kapoor, who rules this film—it’s my favourite role of his, where he so effortlessly manages to be both the wise old professor and the charming young flirt. Also, for Lalita Pawar’s acting. And for the fact that this is the romantic/comic/drama film that was so characteristic of actors like Shammi Kapoor and Dev Anand. 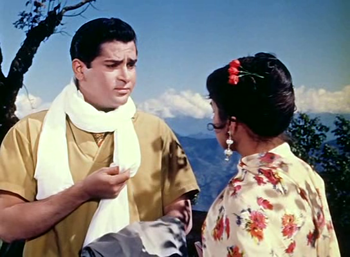 5. Khamoshi (1969): A nurse in a mental hospital is asked to feign a romance with a patient, a man who was traumatised after being jilted. In the process, she actually falls in love with the man, who is cured—but never realises her feelings for him, and returns to his ex-lover. The situation takes a turn for the worse when the nurse is ordered to repeat the experiment with yet another patient who has also been a victim of a failed romance. Will she be able to withstand the emotional implications of this? Will her heart heal?

See it for: The sensitivity of the story and its direction. And Waheeda Rehman, whose acting as Radha is impeccable.

6. Waqt (1965): The quintessential multi-starrer blockbuster of the 60s. A wealthy trader, his wife, and three young sons—the youngest a baby—are separated from each other during an earthquake. Years later, their paths cross again: the father is now an ex-convict, the eldest son is a gentleman thief, the middle son is a lawyer, and the youngest son, who lives with his invalid mother—is a chauffeur to a wealthy crook. And none of them knows of the relationship to the others. Many coincidences, much drama, loads of entertainment,

See it for: The glamour, the slickness, and the cocktail of high society life, crime, romance: Waqt has it all. Also, you get to see some of Hindi cinema’s biggest names onscreen, together.

7. Chori-Chori (1956): A remake of the Clark Gable-Claudette Colbert starrer, It Happened One Night (1934). A spoilt heiress runs away from her father, who disapproves of her romance with a worthless adventurer. En route to her sweetheart, she meets a journalist who realises that this is the news story of a lifetime. Their journey begins with them going at each other hammer and tongs before becoming friends—and eventually falling in love.

See it for: The chemistry between Raj Kapoor and Nargis. And the light-hearted, often funny, adventure that forms the bulk of the film.

8. Pyaasa (1957): The story of a disillusioned, outcast poet, Vijay, who realises that much of the world revolves around money and power—a realisation that sinks him even deeper into cynicism. Vijay’s life takes a turn when a prostitute named Gulabo becomes his friend (and falls in love with him), and a chance accident causes Vijay to realise just how fickle society can be.

See it for: The direction, by Guru Dutt (who also plays Vijay): it’s harsh, cynical, and—oddly—both subtle as well as dramatic, at times. Also for the excellent songs; while all the films I’ve listed in this post have wonderfully melodious scores, Pyaasa’s songs are also a showcase for the genius of one of Hindi cinema’s best lyricists, Sahir Ludhianvi. 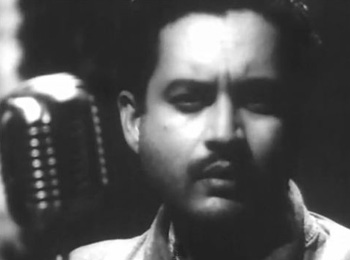 9. Teesri Kasam (1967): A naïve bullock cart driver is hired to drive a woman—a dancer in a nautanki company—to a distant town for a performance. En route, they become friends, even (in a sweetly platonic way) developing a deep, unexpressed affection for each other. The cart driver, however, does not fully realise the fact that the woman’s profession will not let her go so easily—and does she even want to let go of it for domesticity?

See it for: The quietly lyrical beauty of the story, its leisurely rural setting, and the subtle way in which it’s portrayed. The acting of both Waheeda Rehman and Raj Kapoor, who are excellent as the lead characters.

10. Anupama (1966): A man, deeply in love with his wife, is shattered when she dies in childbirth—and he takes out his anger and sorrow on his baby girl, whom he blames for the death of her mother. The girl grows up timid and scared, knowing her father as a cold, bitter man who only allows himself to show any affection for his daughter when he is very drunk.

See it for: The sensitive, lovely way in which the tenuous relationship between a resentful father and his blameless daughter is explored. And the acting—of Tarun Bose as the father, Sharmila Tagore as the daughter, and Dharmendra as the young poet who falls in love with the girl and tries to help her spread her wings.

These are ten of the films I’d recommend (there are many more, like Anokhi Raat, Prem Patra, Junglee, Teesri Manzil, Haqeeqat and Nau Do Gyarah—but these are the ones I thought merited first listing). Which films would you recommend?