To commemorate the establishment of the Food and Agriculture Organization of the United Nations in 1945, World Food Day is celebrated on October 16. No, not a wasteful celebration of a food ingredient like Spain’s famous La Tomatina festival, and not an attempt to make people consume vast quantities of food, but an attempt to emphasize the importance of food, its growth, its correct consumption, and other aspects of food. Since 1981, World Food Day has adopted different themes—food security, fishermen and fishing communities, rural youth, food and the environment, fighting hunger and malnutrition, and so on—to build awareness  about food and how it impacts the lives of us all.

What, pray, does that have to do with a blog that focusses primarily on old cinema? (Well, I also occasionally review restaurants, so maybe there’s not a complete disconnect…)

In May this year, at the behest of a culinary magazine which requested an article from me, I began a project of watching as many food movies as I could lay my hands on. From May to September, I watched more than sixty food movies from around the world. And, because I like pushing myself, I also took up the task of cooking dishes that represented the movies I was watching. Simultaneously, I documented all that I was doing: mini reviews of the films I watched, notes on the food I cooked. By the end of it, I had enough material for four longish posts. And I had reviews of some rare old films (movies that focus on food don’t seem to be very common before the 70s—almost all the best food movies I watched are from the 1980s onwards).

So, all through this month, we’ll focus on food. You’ll get a rundown on lots of food movies (for once, very few of these are pre-70s). You’ll get to read reviews of a couple of food movies from the pre-70s period. You’ll get a song list. And, if in the course of all of that, you come across a mention of some dish that appeals to you, feel free to ask for recipes. 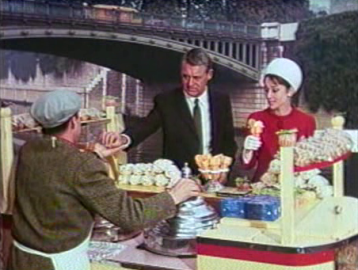 18 thoughts on “Introducing Food and Food Movie Month on Dustedoff”