History fascinates me. Not the dates, not so much the politics (though that can be often very interesting, too), but society, culture. How people lived, and how—if you really think about it—mankind hasn’t, fundamentally, changed too much over the past few millennia.

Look at The Fall of the Roman Empire, for instance: a tale of a dying emperor, realizing that his own son—the heir to the throne—is too debauched, too fond of gladiators and wine, to ever be able to fulfill the dying man’s dream of a united Roman Empire. What ensues—as a seeming upstart is nominated successor, as jealousy and hatred arise where there had been camaraderie and boisterous affection—could be true of anything happening today. 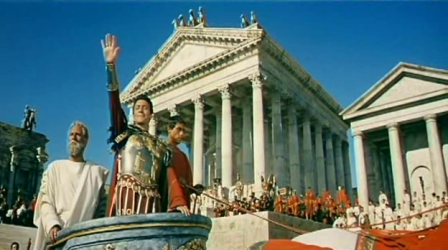