When I posted my list of ‘background songs’ (songs that form part of the film, but to which nobody lip-synchs), I made one stipulation: that they wouldn’t include ‘credits songs’, or songs that play while the credits roll. Not all of these, as you’ll see from my list below, are necessarily ‘background songs’ as well: some of them are ‘sung’ by people onscreen. And they run the gamut from songs that introduce the film’s ethos or primary theme, to—well, just another song to add to a list of songs the film already boasts of. And they are all sorts, from romantic to philosophical to patriotic. 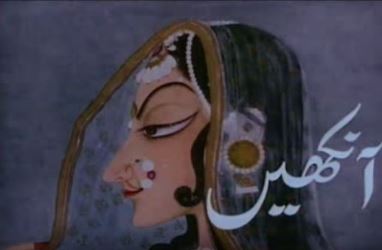