In 1957, Mehboob Khan produced and directed a film that has achieved almost iconic status in the history of Indian cinema. Mother India was the first Indian film to receive a nomination for an Academy Award for Best Foreign Language Film, and won several Filmfare Awards, including Best Film and Best Actress.

Mother India is a fine example of the importance of perseverance. If you don’t get it right the first time, try again. Sometime along the way, somewhere and somehow, you will get to your goal. Also, if you did something well once, chances are you’ll do it better the next time round. Practice makes perfect.

I’m not talking about how Radha, the female lead character of Mother India (and of Aurat) manages to surmount all the obstacles in her path and emerge strong. I’m talking about Mehboob Khan himself, who was the director not just of Mother India, but of the film, Aurat, of which Mother India was a remake. Based on a story by Babubhai Mehta (and supposedly partly inspired too by Pearl S Buck’s The Good Earth) and with dialogue by Wajahat Mirza, Aurat was a film Mehboob Khan only directed. Seventeen years later, now a producer in his own right, he remade the film, both producing and directing it. And how well he proved that if you do something well the first time round, there’s a good chance you’ll do it well, and even better, the second time round. 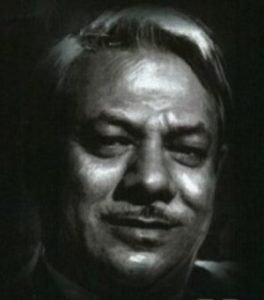