A little less than a week ago, on December 4, I received news that a very dear aunt had passed away. My parents, my sister and I made arrangements to travel to Kolkata for the funeral, the next day. Early in the morning, just as I was about to leave for the airport, the newspaper was delivered, and one headline sprang out at me: Shashi Kapoor had passed away, too. On the very same day as my aunt.

I suppose if Shashi Kapoor had passed away on any other day, on a day when I was not quite so swamped in sorrow of my own, I would have posted a tribute to him earlier. Later, I thought. When I am a little less distraught. My father, reading the newspaper, remarked that he and Shashi Kapoor had been born in the same year, just 6 months apart (my father in September 1938, Shashi in March 1938). My mother, looking at a lovely photo of a smiling and very handsome young Shashi, remarked that he looked uncannily like a cousin of mine (which I have to agree with; I have thought so many times). In our own ways, all of us remembered Shashi Kapoor. 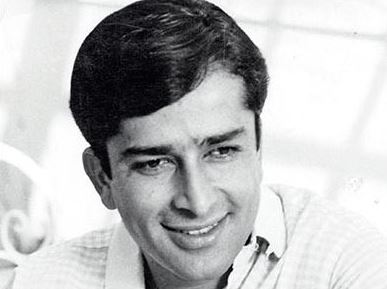 END_OF_DOCUMENT_TOKEN_TO_BE_REPLACED

A scene near the beginning of Oonche Log is an interesting revelation of some of the themes that govern the film, and eventually have a bearing on its climax.

Major Chandrakant (Ashok Kumar) is a blind, widowed ex-officer of the Indian National Army. He now lives in Ooty. One evening, he receives at his home a friend, the school teacher Dhuni Chand (Kanhaiyyalal). There are more dissimilarities than similarities between the two men: Dhuni Chand is poor, barely managing to make ends meet on his salary and what he makes from the odd tuition, while the major is comfortably off, spending his time writing his memoirs. 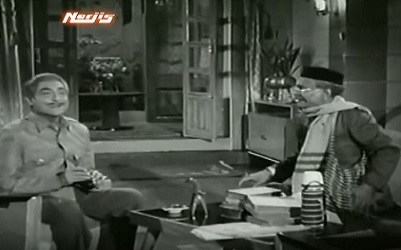 END_OF_DOCUMENT_TOKEN_TO_BE_REPLACED

Look what I found!

[To make that clearer to those not in the know: I am a die-hard Shammi Kapoor fan, especially of the Shammi Kapoor between 1957 and 1966. I have watched most of his films from that period, and to find one I haven’t seen is cause for rejoicing. Even if it turns out to be a dud. Therefore the euphoria].

I first came across a mention of College Girl while watching a video of Halke-halke chalo saanwre (from Taangewaali, also starring Shammi). Besides the music (which I loved), I thought the song looked great too, and was eager to try and get hold of Taangewaali—until someone told me that a neat job of mixing had been done here: the audio was of the Taangewaali song, but the video was from College Girl. College Girl went up on my list of films to search for—and I discovered it last week on Youtube. 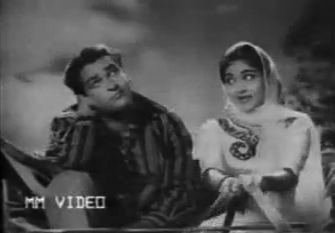