There are a bunch of films that I’ve read a plot synopsis of, found it interesting, thought I’d try and watch it—and then taken a look at the cast, only to discover it starred someone I didn’t like. It’s happened time and again; with Talaash, having discovered that the film starred Rajendra Kumar, I decided to put the film on the back burner, even though the synopsis sounded interesting.

Then, reading Anirudha Bhattacharjee and Balaji Vittal’s SD Burman: The Prince Musician, and seeing the list of songs (some of them truly lovely ones), I thought I may be able to sit through the film. Perhaps the rest of the cast, the interesting story, and the good music, would compensate for Rajendra Kumar.

Talaash begins with the graduation of Raj Kumar ‘Raju’ (Rajendra Kumar), who is being congratulated by all his classmates for having once again come first in the class. Raju goes off to meet his friend Lachhu (OP Ralhan, who also directed this film, which was produced by Rajendra Kumar). Lachhu has, after seven tries, finally managed to graduate too. They congratulate each other, and talk briefly of their futures. Lachhu will be roped in to work at his wealthy father’s cloth shop; Raju doesn’t know what he’ll do, but he’s certain: the wealth of his family will only be doubled. Yes, he’s not known want, ever, and he will continue to enjoy all that wealth, now through his own hard work. 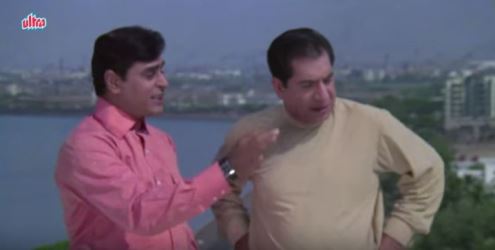 END_OF_DOCUMENT_TOKEN_TO_BE_REPLACED

A number of readers have been asking me when the next Muzaffar Jang book – the sequel to The Englishman’s Cameo – will be out. So here it is.

Muzaffar Jang features again, in this series of mystery stories, nearly all of them set in Shahjahanabad, the Dilli of Shahjahan’s last years as the Mughal Emperor. As the blurb on the back of the book puts it:

“It is the year 1656. Muzaffar Jang, that rare creature in Shahjahan’s Dilli, an aristocrat with friends in low places, is recovering from injuries sustained during his recent adventures involving two mysterious Englishmen and some reprehensible activities against the Imperial Exchequer.

Muzaffar’s bruised shoulder has yet to heal when he finds himself catapulted into a series of mysteries: An elephant in the Royal Elephant Stables goes berserk and kills its mahout – or does it? A scholarly nobleman – but, oh, such a pompous bore – is left a very puzzling legacy by his father. An artist at the imperial atelier is found murdered next to one of his works.

Muzaffar must pit his wits against treacherous noblemen and scheming traders, greedy villagers and lovelorn men – and women.

But who knows? Before the year is out, Muzaffar may just meet his match…”

I am especially fond of writing short stories, so this collection is one I’ve particularly enjoyed putting together – and they’re stories I hope you will like. The book will be formally released in Delhi, at the India Habitat Centre, on August 19, 2011 – but you can pre-order now on any of these online bookstores:

And yes, there’s even an early review already published, on this blog.

My last two posts were related in a way common in cinema: the first was a review of a film based on a book, and that was followed by a review of a film that was a remake – in another language – of that film. So here’s the first of another duo of reviews, along the same lines. This film too was based on a book, and engendered in its turn a remake. And, to further keep up the link with the previous post, this one is suspense too.

END_OF_DOCUMENT_TOKEN_TO_BE_REPLACED

Fact 1: Today, January 8, is Nanda’s birthday (mine too, but that’s a different matter).
Fact 2: Since one of Nanda’s finest performances is in Ittefaq, I’d decided I’d review Ittefaq today, as a tribute. Nanda deserves it!
Fact 3: Bollyviewer yesterday did an interesting post: a link to a youtube clip of the launch party of Ittefaq.

And ittefaq, by the way, means coincidence. 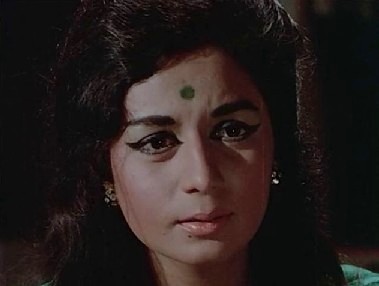