END_OF_DOCUMENT_TOKEN_TO_BE_REPLACED

The other day, someone commented on my long-ago list of ten favourite Robert Mitchum roles. It reminded me that I hadn’t watched a Mitchum film in a long, long time (unpardonable, considering he’s one of my favourite actors). And, since Mitchum’s role as the chilling Harry Powell in The Night of the Hunter is one of the landmark roles of his career—well, it did seem appropriate to review the film.

END_OF_DOCUMENT_TOKEN_TO_BE_REPLACED

This review is, of course, a tribute to Mitchum; it is also a tribute to my uncle, David Vernon Kumar. In the good old days, my uncle was a guitarist with the Hindi film company Filmistan. He was very talented, and though he passed away when I was a child, I remember him as having a great sense of humour and of regaling us with tales of his days in Bombay and the film world.
The connection: one of Vernie Uncle’s favourite tunes was the theme song of River of No Return. It’s a lovely song, and this is a lovely film.

END_OF_DOCUMENT_TOKEN_TO_BE_REPLACED

When I told my husband about this post, he said, “Shouldn’t that be ten of your favourite Mitchum characters?” I thought over it, and had to disagree. No; these characters aren’t my favourites. Some of them are wonderful men, but others aren’t—for instance, the characters Mitchum plays in films like Cape Fear and The Night of the Hunter are chillingly evil.
So this, then, is not a list of the most likeable characters Mitchum’s played. They’re a list of the roles he’s excelled in.

END_OF_DOCUMENT_TOKEN_TO_BE_REPLACED

I have no compunctions about admitting that when it comes to cinema, frivolity is right up my street. Comedy (even slapstick), romance, war, noir, Western, musical, sword and sandals: all is grist to my mill. Happy endings, the vanquished villain, the long fadeout on the kiss between the beautiful heroine and her handsome hero, and I’m happy too.
Which is why I was surprised at my own reaction to Not as a Stranger. It isn’t frivolous, not by a long shot; the heroine and the hero are ill matched; and the hero (maybe protagonist would be a better word) isn’t even a particularly nice character. Despite all of that, I still liked it—a lot. 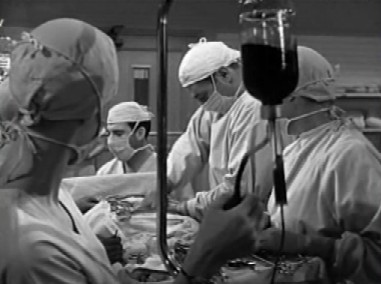 END_OF_DOCUMENT_TOKEN_TO_BE_REPLACED

When I did my first eye candy post, I put Mitchum in at the top. He may not be classically beautiful, but in my lexicon Mitchum is very drool-worthy! Something to do with the combination of the voice, the face, and those massive shoulders, I guess… Anyway, no Robert Mitchum Week could ever be considered complete without a post that just dwelt on the sheer magnetism of this man. So here goes.

END_OF_DOCUMENT_TOKEN_TO_BE_REPLACED

Mitchum’s forte was noir and Western—and war. Though his best-known role in war films is probably that of Brigadier General Norman Cota in The Longest Day, this one’s good too. The Enemy Below doesn’t give Mitchum too much scope to exhibit his acting skills, but it is, overall, a very good war film, suspenseful and with an aura of authenticity that makes it easy to believe all of this action’s actually happening.

END_OF_DOCUMENT_TOKEN_TO_BE_REPLACED

David Lean, talking about Mitchum, once said, “Mitchum can, simply by being there, make almost any other actor look like a hole in the screen.” 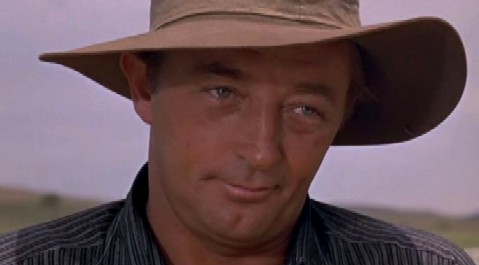 END_OF_DOCUMENT_TOKEN_TO_BE_REPLACED

I’d been toying with the idea of a `star week’ for a while now, and who better to launch one with than Robert Mitchum? Mitchum was born on August 6th, 1917 (which is why I’m dedicating this week to him on my blog), and is one of my favourite Hollywood stars. Though burdened with—as he himself mentioned—lizard eyes and an anteater nose, not to mention a gut he was perpetually trying to hold in, Mitchum acted in some memorable films: drama, Western, war, comedy, and, most famously, noir.
Over this week, I’ll be reviewing a handful of Mitchum films, showing off some of my favourite Mitchum screen caps (yes, I do find this guy very handsome), and more. You’ll get a glimpse of why I like ‘Old Rumple Eyes’ so much, and I’m hoping some of you out there will be converted!
But, to begin with: Macao. A typical Mitchum noir, somewhat reminiscent of the Bollywood noir one got to see in the late 50’s. Exotic, sinister, not always coherent, but entertaining nevertheless. 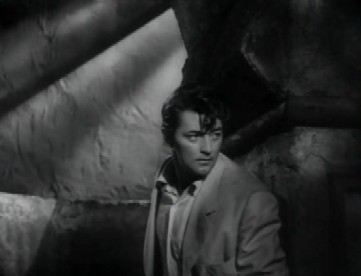 END_OF_DOCUMENT_TOKEN_TO_BE_REPLACED

I was testing my self-control to see how long I could last without seeing a Robert Mitchum film. Well, I finally succumbed. But yes, this I’ll say: this is a very different Mitchum film from the ones I’ve been reviewing all this while. In Cape Fear (the original film, not the 1991 remake), Mitchum is pitted against Gregory Peck in a chilling tale of an ex-convict out to have his revenge on the man responsible for his conviction.