My sister keeps a stack of CDs in her car. Often, when she gives me a lift, she puts a CD into the stereo and we listen as she drives along. The CDs are a mixed lot: Harry Belafonte, Simon and Garfunkel, 3 Idiots, Wake up, Sid!, The Best of S D Burman… and The Best of Shammi Kapoor. The others are in reasonably good condition; the Shammi Kapoor CD is battered and scratched and sadly in need of replacement.

I can understand why.

Shammi Kapoor is, for me (and I think I can speak for my sister too), one actor on whom some of the most fabulous songs in classic Hindi cinema were filmed. Funny songs, sad songs, romantic songs, madcap songs, rock-and-roll songs: he did them all, and memorably. And – somewhat unusually for an actor – he took a great interest in the music of his films. (There is an oft-repeated story of how Shammi Kapoor was so biased in favour of Shankar-Jaikishan’s music that he at first refused to let R D Burman compose the music for Teesri Manzil. But RDB, by insisting on playing a couple of the tunes he’d already composed, won Shammi over). 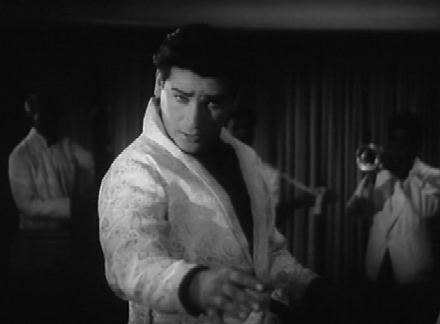