It came as a shock to me to learn that Shashikala had passed away on the 4th of April, 2021. She was 88 years old, so a ripe old age, yes; but there was something so alive and vibrant about Shashikala even in her old age that I never actually realized how old she was. I would see photos and videos of hers in recent times, her brilliant silver hair stylishly cut, that trademark smile like a 1000-watt bulb. She was not one of those reclusive actresses who go into their shells and disappear after they retire; no. Shashikala always seemed so alive.

In her cinema, too.

END_OF_DOCUMENT_TOKEN_TO_BE_REPLACED

This film has the distinction of not being listed on imdb. I’m sure there are other films like that, but the exclusion of Sunehre Kadam came as a surprise to me: it’s not as if it has an obscure cast (not that that is a criterion) or is unknown in other ways—I had heard at least one of the songs before, and I discovered what I would rate as one of Lata Mangeshkar’s most poignant songs.

More on that later; for now, a big thank you to ash, who shared this film with me. I enjoyed it! 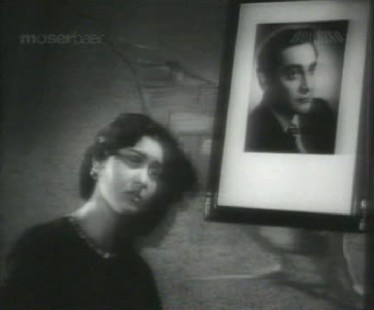