If the title of this post stumps you, let me explain.

Anybody who’s seen Hindi films (especially from the 1940s onward, when playback singing became widespread) knows that most actors and actresses onscreen weren’t singing for themselves. Occasionally, as in the case of artistes like Suraiya, KL Saigal, Noorjehan or Kishore Kumar, they did sing for themselves, but more often than not, the recording was done off-screen, and the actor lip-synched to the song onscreen. So we have all our favourite actors, warbling blithely (or not, as the case may be) in the voices of our greatest singers.

And just now and then, while the song may reach the heights of popularity, the person on whom it is filmed may be, to most people, a non-entity. Sidharth Bhatia, author of Cinema Modern: The Navketan Story (as well as a book on Amar Akbar Anthony, which I’m looking forward to reading) pointed this out to me the other day, with a couple of examples in support of his point. Jaan-pehchaan ho, and Tum apna ranj-o-gham. Sidharth made a request: would I compile a list of songs of this type? Famous songs, but lip-synched by not so famous faces?

So here it. And, Sidharth: thank you. This was challenging, and fun. 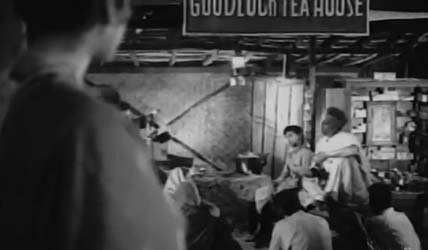 Before I move on to the songs, let me explain the criteria. All the songs in this list, are (of course, considering the focus of this blog) from pre-70s films that I’ve seen. Songs I count as ‘famous’ are those which are well-known even today; the sort of song that you may well find remixed. And faces I count as ‘unknown’ are those whom the run-of-the-mill (read ‘not fanatical about old Hindi cinema’) film fan might not be able to identify without help. Also, the face of the ‘singer’ should appear in at least enough of a close-up for him/her to be identified (which is why, regretfully, I have left out O re maajhi, since the singer is really too much of a figure in the background for me to even try to identify him).

Here we go, then.

1. Jaan-pehchaan ho (Gumnaam, 1965): Sidharth really picked the right song to illustrate his point, and since I love Jaan-pehchaan ho too, why not begin with this? It’s a fabulous song, famous and well-loved, and possibly the Hindi film song most familiar to Westerners who’ve never seen a Hindi film in their lives. (All courtesy Ghost World, followed by the Heineken date commercial). Even the music video of British band White Lies’s song There goes our love again uses costumes and choreography undoubtedly inspired by Jaan-pehchaan ho.

But: who’s lip-synching to Mohammad Rafi’s voice? While a lot of people can recognize Laxmi Chhaya as the belle of the ball, relatively few know who the ‘singer’ is. Dancer and choreographer Herman Benjamin, as those of us who’ve read Edwina’s mini-biography know by now.

2. Ae mere pyaare watan (Kabuliwala, 1961): A few months back, talking about Balraj Sahni, a blog reader commented that Balraj Sahni had lip-synched to a fair number of very good songs. Such as Ae mere pyaare watan. Which just goes to show; we tend to associate big names with songs, sometimes our memory playing tricks on us. Because while Balraj Sahni’s character, the eponymous Kabuliwala, is indeed one of the men sitting in the room and reminiscing about his homeland, the person who is actually supposed to be singing the song isn’t Balraj Sahni at all. Or even anyone I know. Can anybody identify this actor?

Note: On September 24, 2014, I got a mail from a reader, identifying this actor as WM Khan. Now that I look closely (and try to visualise him without the beard etc), I think I see. 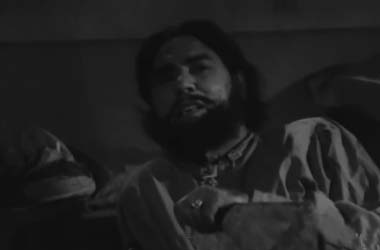 3. Aage bhi jaane na tu (Waqt, 1965): This song is becoming, to my blog, something like Yeh mahalon yeh takhton yeh taajon ki duniya—it pops up every now and then, in some post of the other. Till now, it’s appeared in posts on Ravi’s music, on Sahir’s lyrics, on Asha Bhonsle’s voice, and on the song’s sheer splendidness as a ‘dance party’ song. I also featured Aage bhi jaane na tu as a song that is, in its classy stylishness, very representative of the 60s in Hindi cinema.

And here it is again, because while people recognize Asha’s voice, Ravi’s music and Sahir’s lyrics—and they recognize the all-star cast that appears during the course of the song—relatively few people know who the crooner is. The lady lip-synching to Aage bhi jaane na tu is Erica Lall. Not an American married to an Indian, as rumour has it, but (and this is information I’ve gleaned from a second cousin of the lady herself), a North Indian. Erica, to my knowledge, did not otherwise work in the cinema industry; this was her sole appearance.

Despite the fact that I’ve seen Dosti—and have loved this song from well before I watched the film—I will confess I invariably have trouble remembering the name of the actor who lip-synched to all these hit songs from the film. Sudhir Kumar, that’s his name. He seems to have been a bit of a one-film wonder, since he acted in very few other films, and none of them too well-known.

5. Hansta hua nooraani chehra (Parasmani, 1963): Parasmani was one of those unintentionally hilarious fantasy films from the 60s which had a fairly low-profile cast (Mahipal was one of the very few names in the cast whom I was familiar with when I watched the film a few years back). But, even if it had really cheesy special effects and a corny plot, Parasmani could boast of a stellar musical score. Woh jab yaad aaye is a great song (but, since Mahipal isn’t a total non-entity, I couldn’t list that). Then, there’s this one—a good female duet featuring I don’t know who. Yes, even the dancers in Parasmani weren’t the easily identified Helen-Madhumati-Sai-Subbu category. They’re good dancers, but who are they? 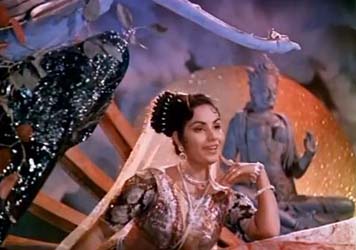 6. Hoke majboor mujhe (Haqeeqat, 1964): Haqeeqat was, when it came to casting, the very opposite of Parasmani: this was chockfull of names that were either already well-known (Balraj Sahni, Vijay Anand, Jayant, Achla Sachdev) or were destined to become famous (Dharmendra, Sanjay Khan, Priya Rajvansh). Along with them was a panoply of lesser-known but familiar actors: MacMohan, Ruby Myers, Indrani Mukherjee, Chand Usmani, and Sudhir.

This song, a touching and beautiful one picturised on a group of soldiers sheltering near a battlefield, however, is full of unknown faces—especially among those singing. True, Balraj Sahni and Sanjay Khan are shown in a brief shot each, but the ‘singers’ are mostly people I don’t know. Bhupinder begins the song, lip-synching to his own voice: 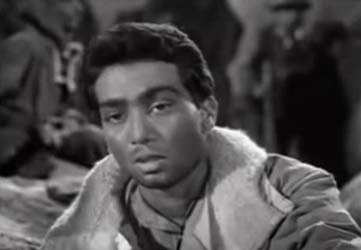 … but who are the men lip-synching to the voices of Rafi, Talat, and Manna Dey? I don’t know. 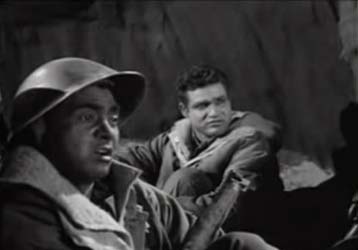 8. Aan milo aan milo shyaam saanwre (Devdas, 1955): Another Geeta Dutt song, and also a devotional one, this time sung as a duet with Manna Dey. The woman who lip-synches to Geeta’s voice is Dulari, an actress who became, especially in the 60s and later, a fairly familiar face as the quintessential maid, pathetic old lady, or general equivalent of Nasir Hussain or Nazir Kashmiri.

The man, who lip-synches to Manna Dey’s voice here, I cannot recognize. Anybody?

9. Leke pehla-pehla pyaar (CID, 1956): A very well-loved and well-known song from a classic film that was (like Pyaasa) blessed with a fabulous score. This one, teasing and flirtatious and talking about an attraction that the miffed heroine would rather not acknowledge—though the hero is more than eager to support the idea—is in two versions. The second (lesser-known) version, the sad one, is a female solo in which Shakila lip-synches to Asha Bhonsle’s voice. This one, in the voices of Shamshad Begum and Mohammad Rafi, has—as onscreen ‘singers’—Sheila Vaz (no unknown, but surprisingly unfamiliar by name to many people)

10. Dheere-dheere machal ae dil-e-beqaraar (Anupama, 1966): A beautifully romantic and sweet song from the same film that had classics like Ya dil ki suno duniyawaalon and Kuchh dil ne kaha. Here, while the person being sung to—Tarun Bose—would be a fairly familiar face to lovers of old Hindi cinema, the singer is a little more hard to place. (I should know; I’ve watched this film a couple of times, and I still can’t remember the actress’s name without resorting to Google). She’s Surekha Pandit, who acted in films like Mere Huzoor, Aadmi aur Insaan, and Saat Hindustani, but never quite made a name for herself.

240 thoughts on “Ten of my favourite ‘Who’s that lip-synching?’ songs”