When I reviewed Les Quatre Cents Coups a couple of weeks back, I was mentally riffling through the list of good films with child protagonists that I’d seen. I couldn’t, sadly, think of many. There were some—The Night of the Hunter, Bhai-Bahen, Bandish, Do Kaliyaan, for instance—in which children played an important part. But these were either not really films about children, or they were films about stylized children: little adults, really, or oversized toddlers.

Then I saw Kaphal – Wild Berries, made by blog reader, fellow blogger and film maker Batul Mukhtiar (aka Banno), and thought: yes, this is what a good film about children should be like. (Here, on my website, is a review of Kaphal). I also remembered, then, that Banno had once recommended a film about children.  The Raj Kapoor production, Boot Polish, which she’d reviewed on her blog, and which I’d never got around to watching. If someone who could make such a lovely film about children could recommend a film, that film would be worth watching.

So here we are. And, thank you, Banno. 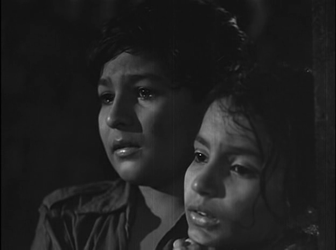 END_OF_DOCUMENT_TOKEN_TO_BE_REPLACED

Bimal Roy, Hrishikesh Mukherjee, Guru Dutt, Asit Sen: some of my favourite directors, and all men with a string of poignant, meaningful films to their credit. Not always very happy films, but films that step away from the usual masala of Hindi cinema. Films that, like the classic Do Bigha Zameen, are not about bewigged, gadget-toting gundas and their better-than-good (not to forget immensely strong) nemeses, but about common people with common problems. 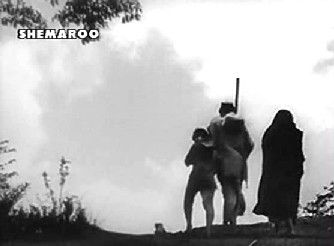