Hindi cinema has, over the years, borrowed liberally from English literature. Shakespeare (Hamlet, and in more recent years, Angoor, Omkara, Maqbool, and Haider), Agatha Christie (Gumnaam), Arthur Conan Doyle (Bees Saal Baad), AJ Cronin (Tere Mere Sapne): Hindi cinema seems to have drawn inspiration from a lot of authors, whether or not that inspiration has always been acknowledged or not.

Here, then, is another film derived from a literary work by a writer in the English language. Charlotte Brontë’s Jane Eyre, published in 1847, has spawned a number of cinematic adaptations (one of the first I ever saw starred Orson Welles and featured a very young Elizabeth Taylor as Helen Burns; one of my favourites stars the brilliant Toby Stephens as Rochester). In Hindi cinema, too, Jane Eyre was made into a film: Sangdil. I’ve been wanting to watch this for a while, and when recently I finally got around to reading the complete, unabridged version of Jane Eyre, I decided it was also time to watch the film. 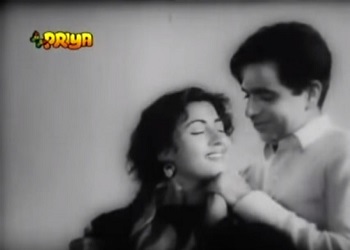 END_OF_DOCUMENT_TOKEN_TO_BE_REPLACED

Who would’ve thought that the Ramsay Brothers’ first production was a historical worthy of a Sohrab Modi [granted, it does have two far-too-chubby leading men and its fair share of violence, but still; Rustom Sohrab is no horror film, not by a long shot]? But yes, Ramsay Productions—famous for its B grade horror films of the 80s and 90s—did make this rather surprising debut, a film based on the Persian epic poem Rostam and Sohrab (part of the famous Shahnameh). 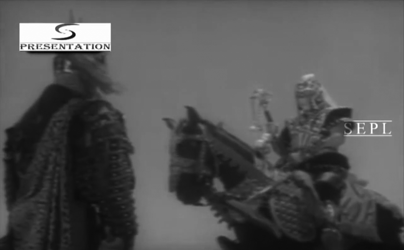