I made my first song list pretty soon after I started blogging. And once my blog began drawing some readers, I also began getting requests for themes for song lists. One theme (along with lullabies) that several people have requested over the years but which I’ve not yet been able to compile—till now, that is—has been that of the devotional song. The bhajan.

Mostly, I steered away from handling this theme because the most common and most popular bhajans just didn’t float my boat: I invariably found them too screechy and shrill. But as time has passed and I’ve been exposed to more devotional songs from the films of the 50s and 60s (in particular), I’ve realized that there are many bhajans that I do like. So, finally, a post. A list of ten devotional songs that I especially like. As always, these are from pre-1970s Hindi films that I’ve watched.

END_OF_DOCUMENT_TOKEN_TO_BE_REPLACED

When it comes to Hindi film music, most people—even the committed aficionados—tend to focus on the music directors and the singers. Lyricists are often relegated to the back seat. People can recognize a singer’s voice; they can often remember who composed the song: but who, really, pays a lot of attention to who wrote the song in the first place? Who created the words which make the song what it is?

It has been a while since I did a post on a lyricist (I’ve done song lists for Sahir Ludhianvi and Shailendra on this blog), so before this year ends, one post to honour a lyricist. Bharat Vyas, often credited as Pandit Bharat Vyas, who was born in Churu, Rajasthan, sometime in 1918. Conflicting reports about his birth date appear online: several versions point to December 18th, others cite January 6th. Since I discovered only last month (thanks to fellow blogger Anup, who found out from old Hindi cinema’s walking encyclopedia, Arun Kumar Deshmukh) that the correct date is actually January 6th, this tribute is belated by almost a year. But I figured that at least I got the year right, so while today may not be the birth centenary of Bharat Vyas, 2018 is the year of his birth. 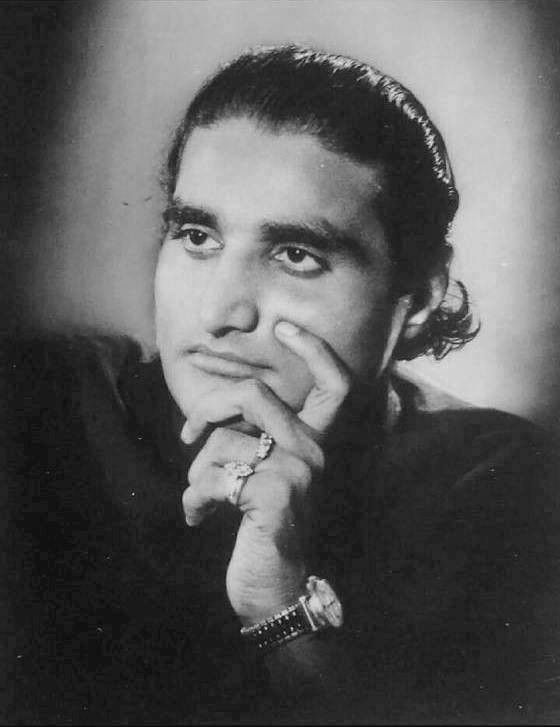