When I began April 2013 on my blog, I’d promised this month would be dedicated to celebrating 100 years of Indian cinema—not merely Hindi cinema, as I tend to do, but regional language cinema as well. Apart from a review of the first full-length Indian feature film (Raja Harischandra) and a post on 100 years of Hindi film music (and how could I not post that, in a month commemorating Indian cinema’s centenary)?—I have tried to stick to my promise.

But, the day I was posting Songs for all times, I received a sad piece of news: that Shamshad Begum had died, just a little over a week after her 94th birthday. I did fit in a small tribute to Shamshad Begum in that post, but I had to say a fonder farewell, with a longer post showcasing this singer’s wonderful, very distinctive voice. 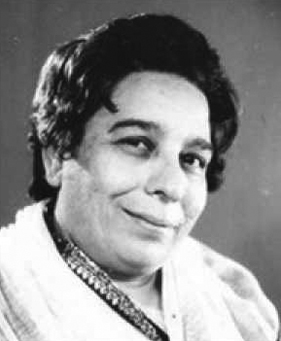