This film has been on my watchlist for a long time now. Earlier this year, when I reviewed the delightful Maya Bazaar, my attention was drawn to Miss Mary, because—like Maya Bazaar—this was a film that was originally made in Tamil and Telugu (as Missiamma/Missamma) and, in this case, then into Hindi too. I was already aware that the film had some lovely songs, and Meena Kumari in a light-hearted role is always a pleasure to watch.

Plus, it stars Gemini Ganesan, whose birth centenary it is today. He was born on November 16, 1919, into a distinguished family that included his aunt Muthulakshmi Reddi, a much-respected social reformer who was instrumental in passing the Devadasi Abolition Act. Thanks to Muthulakshmi, Ganesan was enrolled at Ramakrishna Mission Home, and acquired a fairly strong ‘classical’ education here, including Sanskrit, the Vedas and Upanishads, and yoga. As an adult, though, Ganesan’s career graph was rather more eccentric: he harboured dreams of becoming a doctor, attempted to join the Indian Air Force, and ended up teaching chemistry at Madras Christian College. In 1947, a job at Gemini Studios (from which Ganesan drew his screen name) led him to receive a casting offer from the studio—and Gemini Ganesan’s acting career was launched. 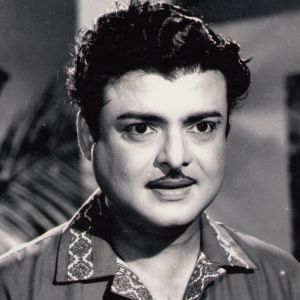 END_OF_DOCUMENT_TOKEN_TO_BE_REPLACED

Today is the fiftieth anniversary of the momentous occasion of the first moon landing: on July 20, 1969, two American astronauts—Neil Armstrong and Buzz Aldrin—set foot on the moon, the first human beings to do so. “One small step for a man, a giant leap for mankind”, Armstrong’s words about his epic first step on Earth’s natural satellite, became the stuff of legend, quoted and misquoted thousands of times in as many contexts.

In the fifty years since then, only a further ten astronauts—in all, twelve people—have set foot on the moon. An interesting reflection of just how much effort goes into putting a human being on the moon (or perhaps how unnecessary it is, in today’s age of AI, to actually put a human being through all this trouble? I don’t know).

But, to come to the point. To celebrate 50 years of this landmark event, a post. I had initially toyed with the idea of reviewing the Dara Singh-starrer Trip to Moon, but the memory of my last attempt at watching that film (I gave up after five minutes) made me abandon that idea. Instead, I thought of a song list. A moon songs list. 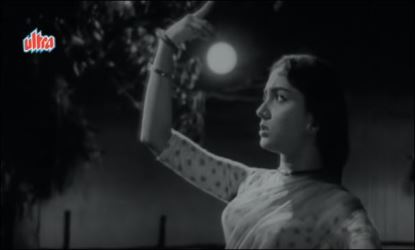