Specifically, Hindi cinema of the 50s and 60s.

This post had its genesis in a post sometime back, in which blog reader and fellow blogger Rahul commented that he tended to not watch foreign films. I decided, then, to create a list of ten foreign films that might appeal to a lover of old Hindi cinema. Then, a couple of weeks down the line, when I reviewed The Woman in Question, Rahul reminded me of that promise, asking me when I’d be posting that list of English films. There had obviously been a misunderstanding somewhere; I had meant non-English films. But it gave me an idea; why not a list of English-language films too?

After all, it’s not as if the plots and themes of Hollywood and British cinema from the Golden Years were completely alien to Indian audiences. In fact, many of them would be familiar to watchers of Hindi films: a lot of films, all the way from Chori-Chori to Kati Patang, from Yahudi to Ek Ruka Hua Faislaa, from Half Ticket to Gumnaam, are based on Hollywood films, some of them to such an extent that they are not merely adaptations but outright copies. Add to that the fact that the Hays Code, which governed Hollywood between 1922 and 1945, had fairly Puritan ideas about what was permissible and what was not, and you have cinema that was relatively ‘clean’, at least as far as what was shown onscreen. You could safely watch these without fearing that you’d suddenly stumble upon nudity, profanity, or extreme violence.

So, here goes. Ten films, mostly Hollywood, which are most likely to appeal to someone who likes classic Hindi cinema. No, they won’t necessarily have the song and dance or the tendency towards melodrama characteristic of much Hindi cinema of that period, but they are otherwise the sort of films that anybody who likes the cinema of Bimal Roy, of Hrishikesh Mukherjee, Raj Khosla, or Vijay Anand (among others) may like.

Wherever possible, I’ve tried to include links to the film, if it’s available on Youtube. All of these, however, are such good films that I would strongly recommend getting a DVD and watching them on a large screen TV, at least.

1. It Happened One Night (1934): To start, a film that so many Hindi film makers seem to have identified with, it’s been made and remade again and again, in full and in part. Chori-Chori, Basant, Humraahi, and Dil Hai Ki Maanta Nahin have all followed this plot to some extent or the other. An heiress runs away to be with her boyfriend, who—unknown to her—is actually after her wealth. En route, she crosses paths with a down-to-earth and pragmatic man who brings her down a few notches, doesn’t treat her like royalty—and she ends up falling in love with him. Clark Gable and Claudette Colbert had great chemistry, and the plot was a delightful combination of comedy and romance. 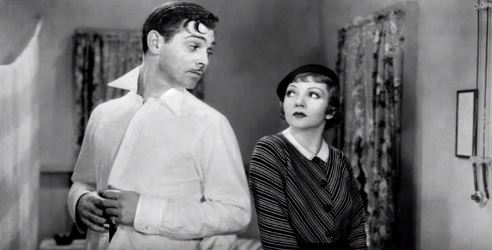 2. The Shop Around the Corner (1940): One of my absolute favourites, by the much-loved director, Ernst Lubitsch. Starring James Stewart and Margaret Sullavan, this one was about two coworkers at a shop who are constantly at daggers drawn. Little do they realize that the other is actually the person they’ve fallen in love with through letters sent to a post box address.

This proved to be a popular theme in Hollywood: it was reused in In the Good Old Summertime, and in You’ve Got Mail—but the best version is this one, a sensitive and sweet film that doesn’t merely focus on the central relationship, but also includes some endearing and interesting secondary characters. Every time I think of this film, I think of it as something Bimal Roy might have successfully transferred to the Hindi silver screen.

3. Ben Hur (1959): A change from the previous films, this one even had a duration that an Indian viewer would identify with: it clocked in at about three and a half hours. An epic historical, Ben Hur had been originally made in 1925 as a silent film, but the 1959 version, which won eleven Oscars, was spectacular.

This was a riveting, emotional and exciting tale of friendship, betrayal, revenge: in the Judea of Jesus’s time, a young Jew (the eponymous Ben Hur) is betrayed by his Roman friend and accused, wrongly, of trying to assassinate a Roman official. From a galley slave, condemned to spend the rest of his days tied to the oars of a ship, Ben Hur comes back, to reclaim his life and to have his revenge. A must-see if you like (for example) the films of Sohrab Modi.

4. Rebecca (1940): One of my favourite directors is Alfred Hitchcock, so how could I not include a Hitchcock film? Rebecca, based on Daphne du Maurier’s novel of the same name, is from the director’s early period, when he was still making films in Britain and had not migrated to Hollywood. In this, a timid young orphan meets and marries a wealthy but somewhat enigmatic widower. It’s only when she goes to her new home—a huge and intimidating mansion in the countryside—that the new bride begins to realize that her husband may still be deeply in love with his dead wife, whose memory is kept alive by her eerie and very loyal housekeeper.

Sound familiar? Rebecca was remade as Kohraa, though the original is in a class by itself, with Laurence Olivier (in particular) brilliant as Max de Winter, and Hitchcock’s direction impressive.
(This one is available on Youtube, here).

5. The Sound of Music (1965): Though I mentioned that song and dance isn’t an integral part of most Western cinema, I didn’t mean that there’s none of that—and when it comes to musicals, the lyricist-composer duo of Rodgers and Hammerstein created some of the most memorable.

This one is, as far as I’m concerned, the best of their films: one with wonderful songs and an endearing story about an Austrian girl who fails at being a nun but ends up as governess to seven children whose father, a naval officer, is a disciplinarian with a capital D. Julie Andrews, Christopher Plummer, and the children became so iconic as the von Trapp Family that there have even been reunions over the years. This one, too, was remade in Hindi, as the Jeetendra-Jaya Bhaduri starrer Parichay.

(You can watch The Sound of Music on Youtube, here).

6. The Mark of Zorro (1940): A wealthy young Mexican aristocrat returns from a long stint in Spain, and discovers, as he travels from the port to his privileged home, that the atrocities and corruption of the local governor are wreaking havoc with the poor peasants of the country. So our hero becomes ‘Zorro’, the ‘Fox’, a Robin Hood-like figure who goes about humiliating the governor, thwarting him at every turn, and helping the peasants—while, as an aristocrat, pretending to be an effeminate and spineless fop.

Although there was a Zorro before (Douglas Fairbanks Jr) and a Zorro afterwards (Antonio Banderas)—besides several TV Zorros—this is, in my opinion, the best. Tyrone Power is very watchable in both personas, there’s some superb swordplay, and the somewhat Azaad-like theme is very enjoyable.

7. Love Affair (1939): You’ve seen this before, if you’ve seen Bheegi Raat. Or Mann. Or, if you have seen some of the better-known English-language films, the very popular Cary Grant-Deborah Kerr starrer, An Affair to Remember. Because all of these films are a copy of this one, one of the classic shipboard romances.

A young woman and a man fall in love while on board ship, and when they finally dock, it is with a promise to meet at the Empire State Building, on a given date and time. But the woman never turns up. The man, embittered and convinced of her faithlessness, goes his own way—but their paths will cross again. This version is a little dated, I agree, but it’s also probably the most poignant version out there: Charles Boyer’s expressions when his character realizes the truth still make me shiver, years after having watched Love Affair. This one, by the way, is available on Youtube, here.

8. The Magnificent Seven (1960): Ostensibly, this film was remade in Hindi (as Saat Hindustani); in reality, the Hindi film lacks the adventure, pathos and drama of the original, and is—all said and done—notable only for one thing: the debut of Amitabh Bachchan. The Magnificent Seven was a remake of the Japanese film Shichinin no Samurai (Seven Samurai); here, instead of a turbulent samurai-era Japan, the action was set in 19th century Mexico, where a group of poor villagers, fed up by the ravages of bandits, hire seven hard-bitten men, most of them once criminals, to save them. How this disparate group comes together to save the villagers, and to redeem themselves (does that have echoes of Mera Gaon Mera Desh and Sholay?) is what the film is about. An excellent cast, some good action, and a generally gripping story.

9. Wait Until Dark (1967): Do you like suspenseful films like Ittefaq? The type that keep you on the edge of your seat, wondering what’s coming next, fearing what’s coming next? This, then, is a film you should check out. Audrey Hepburn stars as a blind woman alone at home with a murderer in the house. She’s blind, mind you—she can’t even see where this man is, who he is, why he wants to kill her—and she must fight back. The only thing going for her is that she’s very familiar with her home, but how long can that be an advantage?

I can’t say more. You’ve got to watch this for yourself.

10. Paths of Glory (1957): I must admit, there’s no Hindi film that I was instantly reminded of when I thought of this film, directed by the famous Stanley Kubrick. Starring Kirk Douglas as a French Army officer during World War I, this is a men-only film (only one woman, shown singing a song, appears in it). Paths of Glory draws its name from Thomas Grey’s Elegy Written in a Country Churchyard, and is based on a true story of French soldiers who were deliberately picked out for execution by the top brass of the French Army, in an attempt to hide the mistakes of a senior officer. It’s a thought-provoking, disturbing tale of corruption, greed, ambition, and just sheer inhumanity. Watch it for the story, for the direction, the acting, and—well, just the entire experience of it all.

For those who like English-language films as much as old Hindi films: which ones would you recommend?