That, by itself, would be enough to make me want to watch the film. But then, there was the fact I hadn’t known anything about Do Dil before other than its name. And that, for a Hrishikesh Mukherjee film, is odd. I guessed there must be something about it that was very forgettable.

There was only one way to find out: to watch the film for myself. With a crew like that, I figured that it would almost certainly not be outright awful.

Do Dil begins at a palace, with the death of the Maharaja (we are never shown this man). Some days later, though, a number of courtiers convene along with the Maharaja’s lawyer, who reads out the will. The Maharaja appoints his grand-nephew Kunwar Pratap Singh (Pran), who also happens to be the state’s senapati (commander) as his successor, though with Rani Indumati, the Maharaja’s sister (Durga Khote) as regent (this is all spelled out in very vague terms, so it’s not exactly clear what powers Ranima, as she’s known, will wield). Pratap Singh looks very pleased with himself…

END_OF_DOCUMENT_TOKEN_TO_BE_REPLACED 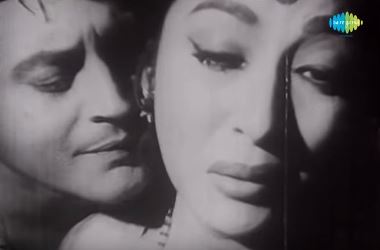 END_OF_DOCUMENT_TOKEN_TO_BE_REPLACED

Muslim socials are among the genres I can never have too much of. Back in their heyday, they had some of the best music around (remember Chaudhvin ka Chaand? Barsaat ki Raat? Mere Mehboob? The inimitable Pakeezah?) There was the chance to savour the mellifluous sound of Urdu; to peek into a social structure and lifestyles that often went otherwise unexplored in cinema; and to see women in shararas and men in achkans [the latter, like military uniforms, equipped with some inexplicable means of making even Bharat Bhushan and Rajendra Kumar look good]. 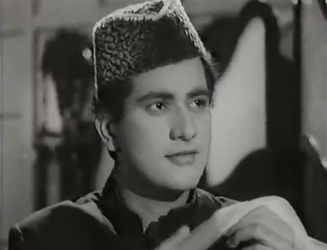 END_OF_DOCUMENT_TOKEN_TO_BE_REPLACED

Dil Deke Dekho isn’t quite the perfect film I’d like to make it out to be.
(a) The story isn’t exactly original (Nasir Hussain had already used it in Tumsa Nahin Dekha. He also went on to use it in Jab Pyaar Kisi se Hota Hai and Phir Wohi Dil Laaya Hoon, but that can’t be laid at the doorstep of Dil Deke Dekho).
(b) The plot is too complicated, relies too heavily on convenient coincidences, and has some unbelievable – and often unclear – motives.
(c) The lead actress, Asha Parekh (just 16 years old), though pretty as a picture, isn’t a terribly good actress at this stage of her career.

On the other hand: the film stars Shammi Kapoor.