I am not a one to make New Year’s resolutions; more often than not, it’s just something I silently tell myself I should attempt to do over the course of the coming year. At the start of 2014, I decided I should read more classic fiction this year—and, importantly, more fiction that wasn’t originally in English. Since the only two languages I am fluent in are English and Hindi, it meant that the only untranslated works I could read would be in either of those two languages. So, after many years (if I remember correctly, I last read a Munshi Premchand novel in school), I decided to read his landmark novel, Godaan.

…and didn’t even know, till a couple of months back, that it had been adapted into a film. When I discovered Godaan on Youtube, I bookmarked it immediately (noting, though, with trepidation, that it starred two people I’m not especially fond of: Raj Kumar and Kamini Kaushal). And I vowed to watch it as soon as possible, at least while the novel was still fresh in my mind. 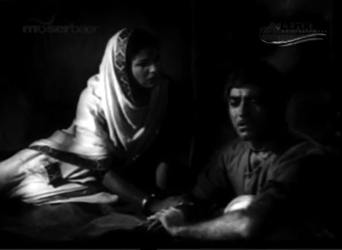 END_OF_DOCUMENT_TOKEN_TO_BE_REPLACED

I am a bit of an iconoclast. Maxim Gorky’s play The Lower Depths, while considered one of the great classics of Russian literature, left me cold when I read it. To me, it seemed too cluttered with characters, too devoid of plot, and just—well, without anything that would make me want to go back to it all over again.
So I approached Neecha Nagar—Chetan Anand’s debut film as a director—with a good deal of trepidation. Because Neecha Nagar was inspired by The Lower Depths, and I expected something horrendously morbid and impossible to understand without the benefit of footnotes.

END_OF_DOCUMENT_TOKEN_TO_BE_REPLACED

One thing that has long puzzled me is Bollywood’s reluctance to do real life stories. Where Hollywood has created films on the lives of people ranging from Napoleon’s one-time fiancée to an obscure British missionary in China, we have, to show for years of fascinating history… Shahjehan and Changez Khan, both so badly warped that they bear little resemblance to fact. Dr Kotnis ki Amar Kahani is a refreshingly unusual film in being relatively accurate, as well as entertaining—but a flash in the pan.

Our generally avid enthusiasm for the freedom movement and its exponents gave me hope that Shaheed, the story of Bhagat Singh, might be worth a watch. This, after all, was the young man who inspired an entire slew of films, beginning with (or so Wikipedia would have us believe) a film in 1954, followed by a 1963 film starring Shammi Kapoor, and this one: the first of Manoj Kumar’s many patriotic films. There have been later films—2002, for instance, saw two films, one a superb one starring Ajay Devgan and the other with Bobby Deol as Bhagat Singh—but Shaheed was the first major Bhagat Singh story.

END_OF_DOCUMENT_TOKEN_TO_BE_REPLACED

There are some things I have very little patience with while I’m watching a film. Weepiness, for instance. Precocious children for another. Endless bhajans (unless the bhajan in question happens to be of the calibre of Allah tero naam or Man tadpat hari darshan). Mindless self-sacrificing which can’t possibly benefit anyone.
And much more. Beti, unfortunately, has all of these in ample doses. I saw it primarily because I like the lead pair (Nanda is an old favourite, and I haven’t given up on Sanjay Khan, despite the lamentable Ek Phool Do Maali). And when a film lists Rajendranath, Shyama and Asit Sen in its cast, one can hope for lots of entertainment.

Or so I thought. 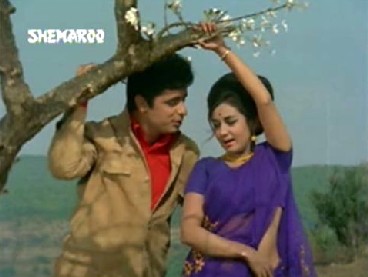