Mostly, the films I review on this blog are either the ones I like so much I want more people to watch them; or films I hate so much I want to warn people off them. Or, sometimes, films which may not be otherwise exceptional but have, I think, something that sets them apart: they’re unusual, or they’re somehow of historic importance.

Now and then, along comes a film I decide I have to review because while I don’t find it dreadful, I wonder what it would have been like with a different cast. Even just one actor being replaced by another.

Jigri Dost begins in the palatial home of Chairman Neelkanth (KN Singh), who is a baddie of the first order. He summarily orders his henchmen to raze this bunch of poor people’s huts, extort money from that lot, and so on. He has no scruples, no mercy, no nothing… no inkling, either, that a maid (Aruna Irani) in his home eavesdrops on his every conversation.

END_OF_DOCUMENT_TOKEN_TO_BE_REPLACED

When I posted my ‘People with books’ list on World Book Day, I wrote that my favourite scene (in the context of the post) was the one from Izzat: Tanuja and Dharmendra, both holding books (he, Othello, she, The Tribal World of Verrier Elwin), standing in a fairly well-stocked library at her home, and discussing Othello. What more could a book lover like me want from a scene? Especially a scene starring two of my favourite actors.

To those readers who commented, saying that they should probably watch Izzat since it sounded tempting, I was quick to respond: it has been many, many years since I watched this film. My memories of it were very sketchy, with only a vague recollection of the basic plot.

So, for those who want to know what Izzat is all about, I put myself forward as the bali ka bakra. I have rewatched it, and I can safely assure you that despite presence of said library and said bibliophilic conversation (not to mention presence of dishy Dharmendra and gorgeous Tanuja), this is not—emphatically not—a film you want to watch. Unless you’re a Jayalalitha fan (this was her sole Hindi film). Or you love the Himalayas so much you will watch anything as long as there are plenty of snowcapped peaks and deodar woods and bubbling streams. 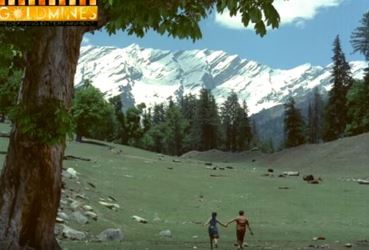 END_OF_DOCUMENT_TOKEN_TO_BE_REPLACED

Taqdeer—a remake of the Konkani film Nirmonn (1966, directed by A Salaam, who also directed Taqdeer)—wouldn’t have been a film I’d have watched had it not been for one particular song that I like a lot: Jab-jab bahaar aayi aur phool muskuraaye. I noticed the film was up on Youtube (incidentally, this is a surprisingly good print, and with seemingly no arbitrary snipping off of sections). So I settled down one night to watch. For the song. And discovered that the film wasn’t bad—and was somewhat different from the usual. 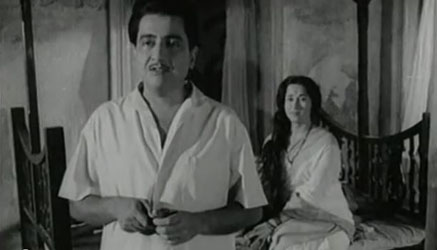 END_OF_DOCUMENT_TOKEN_TO_BE_REPLACED

When Anu listed her favourite Sadhna films, I remarked that another Sadhna film I like—though it’s from later in the actress’s career—is Intequam. Based on Vendetta, a Marie Corelli novel (the only film adaptation of a Corelli work that’s in colour), Intequam is a story of vengeance. Though it features a Sadhna whose gorgeousness had begun to suffer because of her medical problems, she’s still interesting—and the central character in this film. 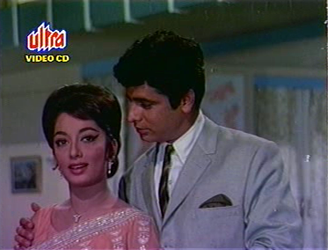 END_OF_DOCUMENT_TOKEN_TO_BE_REPLACED

The other day, a fellow blogger, mentioning her distaste for Manoj Kumar’s films said that while she has “nothing against the man himself”, she really hates his films. I know what she meant (at least I think I do): I hate that insufferably xenophobic “all that is Indian is good, all that is Western is bad” philosophy espoused by films like Upkaar or, even worse, Purab aur Pachhim.
But I tend to shove that lot of films to the boundaries of my recollection of Manoj Kumar’s films. For me, his best films are the outright entertainers, the romances and suspense thrillers he worked in. Especially the suspense thrillers: Woh Kaun Thi?, Anita, Gumnaam—and this one. 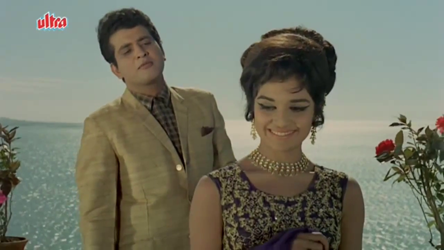 END_OF_DOCUMENT_TOKEN_TO_BE_REPLACED

I have been meaning to write this post for a long time now—I love qawwalis—but I’ve kept putting it off, because I’ve always thought that it would be impossible to create a list of just ten filmi qawwalis that are my favourites. (Barsaat ki Raat itself features at least three qawwalis that completely bowl me over).

But. I’ve finally decided to take up the challenge, and do it. These are ten fabulous qawwalis from pre-70s films that I’ve seen (though I must confess that I like the qawwalis of some 70s films—especially Rishi Kapoor ones). To make this post a little more challenging, I decided not to include more than one qawwali per film. 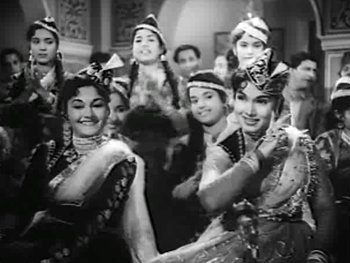 END_OF_DOCUMENT_TOKEN_TO_BE_REPLACED

I’d planned to watch (and review) something quite different this week, but when Beth announced Shashi Fest, I couldn’t resist the temptation to participate. That resolve was strengthened when I realised that in a year and a half of blogging about cinema, I’ve never once reviewed a Shashi Kapoor starrer. For shame! This, therefore: a farcical and fun film that never lets itself slip into seriousness. It features some of Hindi comedy’s greatest stalwarts, has superb music, and—of course—stars Shashi Kapoor, showing how good he is at comedy. 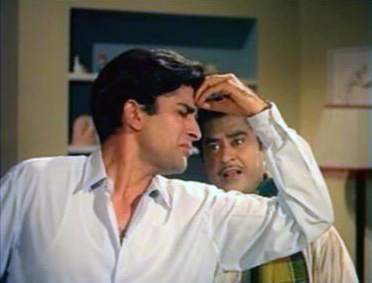 END_OF_DOCUMENT_TOKEN_TO_BE_REPLACED

I was initially undecided about whether I should expend any energy on writing a review for this film. It wasn’t great—not even good, really. On the other hand, it wasn’t a pain to sit through and offered no unintentional hilarity of the Leader brand. Instead, it was a meandering, sometimes pointless film with little development of characters and indifferent screenplay.
Why then this review? Simply because this was the first film of a charmingly gawkish youth who went on to become one of Hindi cinema’s biggest stars—and one of my favourite actors. 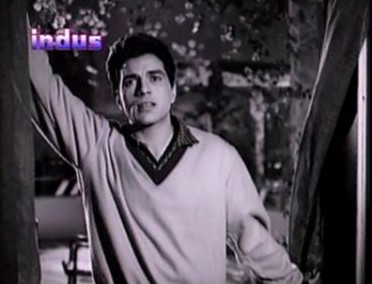