February 1920 was a very important month for Hindi cinema, though of course the fledgling cinema industry in India back then didn’t know it. But that month, a century ago, marked the births of three major actors (and one not so major, but by no means a non-entity). One was Pran, born on February 12th. Another was Iftekhar, born on February 22nd (a birthday shared with Kamal Kapoor). And between Pran and Iftekhar, born on February 16th, a man who was not just actor, but also writer, director and producer: IS Johar. 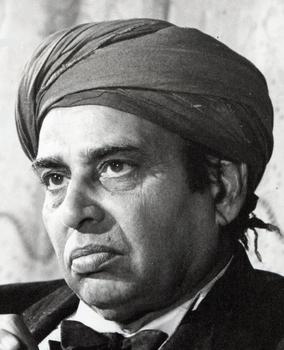 END_OF_DOCUMENT_TOKEN_TO_BE_REPLACED

This film has been on my to-watch list for years, one major reason being that it stars one of my favourite actors, the very attractive Stewart Granger. It also stars, opposite Granger, the beautiful Jean Simmons, whom he was to go on to marry the year after Adam and Evelyne was released. Plus, what I’d read of this film sounded enticing—romantic, somewhat Daddy Long-Legs style, just the sort of film that would appeal to me.

END_OF_DOCUMENT_TOKEN_TO_BE_REPLACED

I probably shouldn’t call it a genre, but one type of film that always appeals to me is the ‘journey film’: people, often strangers, setting off on a journey together. The motive or need for the journey can be varied, from the very dire necessity of staying alive (Lifeboat, Ice Cold in Alex) to making a new life for oneself (Westward the Women) to – well, what else – tourism (If It’s Tuesday, This Must be Belgium). And this, pure and simple adventure.
King Solomon’s Mines is based on the novel of the same name by Rider Haggard. I haven’t read the book yet, though from what I’ve heard, it’s quite different from the film. Not that I mind; this is an entertaining, visually very pleasing film, and a must-see for any fan of Stewart Granger’s, which I certainly am.

END_OF_DOCUMENT_TOKEN_TO_BE_REPLACED

Easter’s here once again, so a review of a film with a biblical theme seemed in order.

END_OF_DOCUMENT_TOKEN_TO_BE_REPLACED

A discussion on one of my recent posts culminated in a promise to do a series of `eye candy’ posts: one each for Hollywood and Bollywood men and women who were, way back in the 30’s, 40’s, 50’s and 60’s, awesome to look at. So here goes: the first of the posts, featuring some of the best looking men from English films (which includes Hollywood and British cinema) from the good old days. These are ten men who just need to be in a film for me to want to see the film; they may or may not be excellent actors (though most of them are Oscar winners or at least nominees). This list is more or less in order, starting with my favourites. 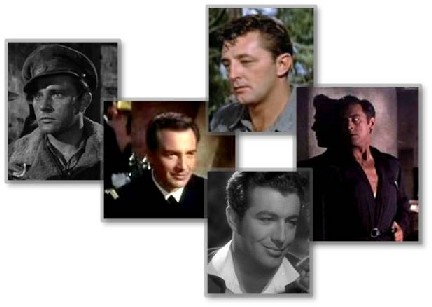 END_OF_DOCUMENT_TOKEN_TO_BE_REPLACED

Like Robert Mitchum, Stewart Granger is one of those actors who just needs to be in a film for me to want to see it. When the film in question boasts of Deborah Kerr opposite Granger, lots of swordplay and palace intrigue, a magnificently villainous villain, and some very fancy costumes: my day is made. And, best of all: not one Granger, but two: he’s in a double role here (well, one of the characters is hardly there, but still). Yippee!