When I posted my ‘Khwaab/Sapna’ songs list, Anu commented that, by reading the title of the post, she thought it was about dream sequences. It wasn’t, of course—it was a list of songs which literally contained the word ‘dream’ in the first couple of lines of its lyrics. And while I did write in that post about the different links between songs and dreams in Hindi cinema, I didn’t mention that I had another post lined up to follow the ‘Khwaab/Sapna’ songs list: the dream sequence songs list.

A ‘dream sequence’ is part of a cinematic production that is separated from the rest of the story—by devices such as graphics (think spiraling), fogging, music, etc—to depict an event that does not really happen but which a character may imagine. Dream sequences allow, in Hindi cinema, all sorts of interesting possibilities: grand spectacles, enormously enlarged sets, things that aren’t possible in real (or reel) life. Lovers who are forbidden, relationships that cannot be.

There are dream sequences aplenty all through Hindi cinema, ranging from the very opulent one in Aan, where Nadira’s character sees herself switching places with her rival, played by Nimmi—to the many songs that take the form of a dream sequence. 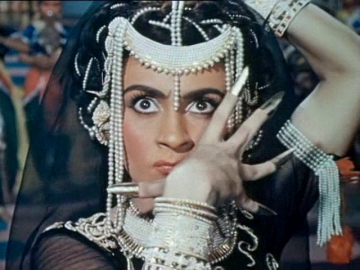 END_OF_DOCUMENT_TOKEN_TO_BE_REPLACED

I had recently been on a hiatus for a while because I shifted home. I’ve lived in Delhi for 32 years now, and for various reasons, my husband and I realized it would make more sense to move to Noida.

Shifting house is something I simply hate doing. I should’ve gotten used to it over the years: my father, after all, was in the IPS, and frequent transfers (once every year, when times were good) meant that we moved around a lot. Even after I grew up and got married, we’ve had to shift several times: because a relative offered us their flat at a nominal rent; because—one year down the line—they decided they wanted to sell it; because a landlady wanted to renovate a house; and so on. I have some idea of what to expect now when we hire packers and movers.

But there are always glitches, always another bunch of thoroughly unprofessional professionals. This time was no different. On top of that, I fell ill—first with a viral infection, and then with an infection of the eyes. Till a few days back, I was going around with two red eyes, a hacking cough, and a runny nose (I looked like something out of a Ramsay Brothers flick).

The silver lining, though, is that this made me think of just how important homes are to us. Not mere buildings, but places that we call our own. Places that shelter not just ourselves and our families, but which represent, too, our aspirations, our emotions, ourselves. Hindi cinema has done ample justice to the concept of ‘home’ and ‘house’, from songs like Ek bangla bane nyaara to films like Dastak, Biwi aur Makaan, Hamaara Ghar, Gharaunda and Tere Ghar ke Saamne. 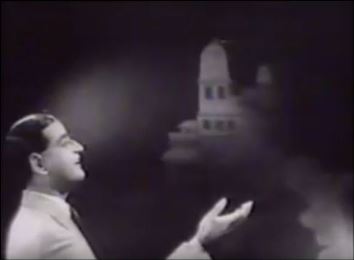 END_OF_DOCUMENT_TOKEN_TO_BE_REPLACED

The other day, I was thinking about some of those songs that end up featuring on every other list I make. Songs that are perennial favourites of mine, because they are those rare combinations of brilliant music and equally brilliant lyrics, singing, picturisation—everything. Songs like Aage bhi jaane na tu, Yeh duniya agar mil bhi jaaye toh kya hai, and Lag jaa gale ke phir yeh.

Lag jaa gale ke phir yeh made a thought pop into my mind: that a fair number of Hindi songs are an invitation to be hugged. That might seem fairly innocuous, but in the good old days of nodding flowers and birds putting their beaks together onscreen, an embrace was a daring enough statement: it meant you did love someone; you weren’t being frivolous. No heroine (or hero, even) worth their salt actually hugged anybody—in a romantic way—other than the love of their life. So telling someone to come on and give you a hug meant you were serious (even if the way it was said—as it is in some of the songs in this list—in a light-hearted way). 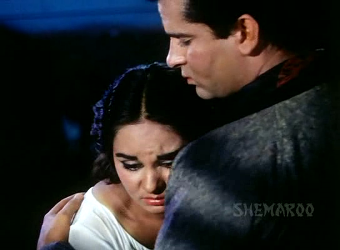 END_OF_DOCUMENT_TOKEN_TO_BE_REPLACED

Today, April 18th, is World Heritage Day. A day to thank God, our ancestors, civilisation—for the richness that surrounds us. Whether it’s in the form of a unique ecosystem, or a beautiful old building. Or a language, a cuisine, a medicinal system. It’s all heritage, and it’s all precious. All remarkably, frighteningly fragile.

The United Nations Educational, Scientific and Cultural Organisation (UNESCO) has, as one of its wings, the World Heritage Centre. This is responsible for selecting (based on very strict criteria), preserving and promoting the UNESCO World Heritage Sites: natural and cultural heritage believed to be of ‘outstanding value to humanity’. India has a total of 28 World Heritage Sites, with a further 32 nominated and therefore on the ‘Tentative List’.

So: to celebrate. Ten songs, from Hindi films of the 50s and 60s (the only exception being Johny Mera Naam, 1970), which are picturised, either in part or totally, against a backdrop of a UNESCO World Heritage Site—or at least a tentative one. These are all from films I’ve seen. Enjoy! 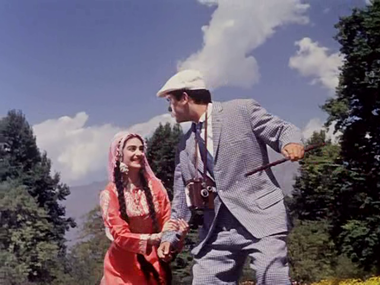