Some of you may know that besides being devoted to old cinema, I also watch a lot of modern Korean dramas. My love for K-dramas probably has something to do with the fact that the average Korean TV show has more than a passing resemblance to classic Hindi cinema, from star-crossed lovers (with one usually very wealthy, the other poor), to disapproving parents whom one cannot dishonour by rebelling, to hate-turned-to-love, and so on. They’re addictive, and though I don’t get the time to watch much Korean drama, I have enjoyed pretty much all I’ve seen so far.

The last K-drama I watched was the 2018 show, Are You Human? In this one, a brilliant robotics engineer is forced to leave the country after her husband (supposedly) commits suicide and their little son, Nam Shin, is taken away by her tyrannical father-in-law, who’s a very wealthy and powerful chaebol. The engineer, missing Nam Shin desperately, creates a marvel of AI, a robot designed to be exactly like her son. Twenty years pass, and Nam Shin, now grown up, is nearly killed in an attempted murder and goes into coma. To stop his company (he’s on the verge of inheriting his grandfather’s business empire) from sliding into the hands of baddies, his mother, along with a couple of friends, gets the robot to impersonate Nam Shin.

While the story was entertaining enough, what really struck me about Are You Human? was the acting of the male lead, Seo Kang Joon. The human Nam Shin is an abrasive, arrogant man who hides pain and trauma behind a façade of swagger and brusqueness. The robot Nam Shin is completely different: guileless, innocent, emotionless but with the rule to help humans hardwired into him. Two diametrically different personalities, and Seo Kang Joon played them brilliantly. It wasn’t as if these two characters looked different—they were identical—but Seo Kang Joon, just through body language and expressions (his eyes!), was able to show the difference between them even without dialogue. Brilliant.

END_OF_DOCUMENT_TOKEN_TO_BE_REPLACED

I wanted to watch a Dilip Kumar film to commemorate the life and career of this extraordinary actor. But which one? There are lots of iconic Dilip Kumar films that I have either seen long ago (Devdas, Footpath, Daag, Deedaar, Udan Khatola, Andaaz) and not reviewed on this blog, or which I’ve never seen (Tarana, Jugnu, Mela, Shaheed, Musaafir). I could watch a film I’d never seen before, but—knowing what a lot of Dilip Kumar’s early films are like—there was always a chance I’d run up against something depressing.

I finally decided to rewatch a film I’d seen years ago. A film that’s a good showcase of Dilip Kumar’s versatility, his ability to pull off comic roles as well as the tragic ones for which he was better known. Ram aur Shyam is an out-and-out entertainer, a film I’d watched and loved as a teenager, and which I knew for a fact would cheer me up.

END_OF_DOCUMENT_TOKEN_TO_BE_REPLACED

A living legend has gone. Yusuf Khan, aka Dilip Kumar, one of the greatest actors (many would say the greatest) of Hindi cinema, a man who could seemingly effortlessly enact any role. A man who could convincingly be the maudlin drunk, the happy-go-lucky joker, the broken-hearted lover, the cynic who looks on with contempt at a world gone awry. Unlike several of his most successful contemporaries, who let their stardom get to their heads until what you saw onscreen was always the star, never the character—Yusuf Sahib managed always, unerringly, to bring the character to life. He was Devdas, he was Noshu. Amar, Azaad, Saleem. And every other character he has played.

END_OF_DOCUMENT_TOKEN_TO_BE_REPLACED

Today marks the birthday of Jesus Christ, but also of a man who was pretty much regarded as little less than a god by thousands of music lovers in India between the 40s and the 60s. The one and only Naushad Ali, who was born on Christmas Day, 1919.

END_OF_DOCUMENT_TOKEN_TO_BE_REPLACED

Some time back, I received a request from a blog reader and long-ago professor of mine: would I do a post on songs sung at pianos? Hindi cinema, back in the good old days, invariably had a song at a piano per film, often more. I had to inform my ex-prof: I had already compiled, some time back, a post on piano songs: specifically, women pianists. But this gave me an idea: how about a post on male pianists? After all, there has been no shortage of songs picturised on men sitting at pianos.

END_OF_DOCUMENT_TOKEN_TO_BE_REPLACED 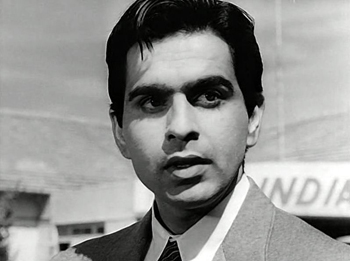