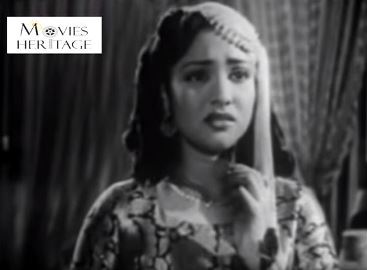 END_OF_DOCUMENT_TOKEN_TO_BE_REPLACED

This blog focuses almost exclusively on films from before the 1970s. Very occasionally, though, I make exceptions. For films that are pretty much on the cusp, and which evoke more a sense of 60s cinema than 70s, which were made mostly during the 60s (or even earlier, as in the case of Pakeezah) but were released only later, but basically for films that, when I watch them, seem as if they were made in the 60s. Because of the people who star in them, because of the costumes, the songs, the feel of them.

When Vinod Khanna passed away last week, I wanted very much to review one of his films as a way of paying tribute. There are a couple of 60s’ films of Vinod Khanna’s that I’ve seen—the forgettable Man ka Meet, for instance—but I settled on a rewatch of Mera Gaon Mera Desh, not just because it features Vinod Khanna in one of his most memorable outings as a villain, but also because it is an interesting example of a film that may have only been moderately successful, but is the very obvious inspiration for one of the biggest hits ever in the history of Hindi cinema: Sholay.

END_OF_DOCUMENT_TOKEN_TO_BE_REPLACED

The last Hindi film I reviewed was a Bimal Roy production – and it left me feeling very disappointed. To get over that (and to remind myself that Bimal Roy’s films can generally be counted upon to be good), I decided to rewatch this one, an old favourite that reinforces Bimal Roy’s style of film-making: everyday stories of life, real life, with all its joys and sorrows and mundane happenings. 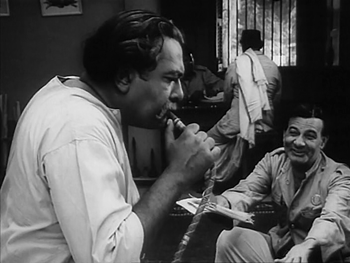 END_OF_DOCUMENT_TOKEN_TO_BE_REPLACED

A wealthy young man strikes out on his own to see how the rest of the world lives. He pretends to be poor, goes to live in a community of poor people, and falls in love with a poor girl who doesn’t realise he’s a wealthy man. Starring Dev Anand as the protagonist.
Asli-Naqli? No. Interestingly, not. This was Maya, made just a year before Asli-Naqli, but with a very similar storyline.

END_OF_DOCUMENT_TOKEN_TO_BE_REPLACED

A Johnny Walker film, but one that’s known for a lot else besides.

I always associate Bimal Roy with the Do Bigha Zameen or Parakh sort of film: deeply rooted in reality, both harshly real and heart-warmingly real. Stories about people like us, people with problems and joys like ours. His films are socially relevant ones that discuss issues like untouchability and corruption, poverty, alcoholism and the plight of those who aren’t economically or socially powerful enough to stand up for themselves.

Madhumati is the glaring exception, the extremely surprising entry in Bimal Roy’s filmography: a film that’s chockfull of everything one doesn’t expect of Bimal Roy. Reincarnation, spooks, multiple roles, atmospheric storms: one could almost think Ramsay Brothers. Thankfully, no; because Madhumati, though in a completely different genre than Bimal Roy classics like Sujata, Bandini, Do Bigha Zameen or Devdas, still bears the mark of a master craftsman. And it’s good entertainment value.

END_OF_DOCUMENT_TOKEN_TO_BE_REPLACED

I’m doing something I’ve never done on this blog before. I’m offering a free gift for anyone who cares for it: a VCD, once viewed, of Rail ka Dibba. I’ll ship it anywhere in India and you won’t need to pay a paisa for it.
Now, why I’m doing this. First, the preliminaries: it’s a Friends VCD, and we all know what that means. Their logo takes up much of the screen. The print is bad, the sound quality even worse. And their evil villain editor seems to have chewed up frames, scenes, dialogues—everything—in an attempt to fit the film onto two CDs. And though it’s not a really bad film, Rail ka Dibba left me feeling pretty certain that I won’t be watching it again. Anybody who wants it is welcome to it. 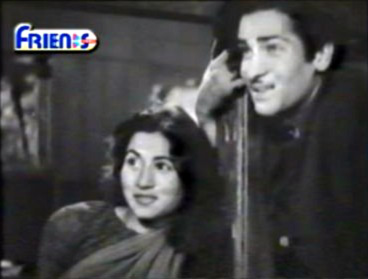 END_OF_DOCUMENT_TOKEN_TO_BE_REPLACED

With most films, by the time I see The End come up on the screen, I’ve more or less decided what I’m going to write about it, till which point I’m going to reveal the plot, and so on. With Haqeeqat, I’m still a little dazed. This is one of Bollywood’s earliest—and most realistic—war films, set against a backdrop of what was then the almost inaccessible region of Ladakh. It’s a blend of war and melodrama, propaganda and patriotism… and I’m not sure exactly what can be considered the main story of the film, since it actually consists of a number of stories woven into each other. 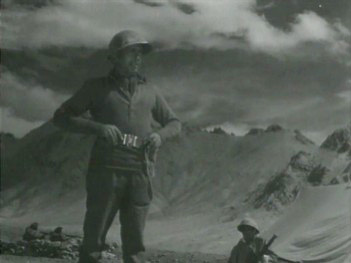 END_OF_DOCUMENT_TOKEN_TO_BE_REPLACED

Having spent most of my life avidly watching Hindi films—especially pre-80’s—I’m inclined to be indulgent. I don’t bat an eyelid when a heroine’s hairdo goes from stylish bob to flowing tresses from one scene to the next. I don’t wonder how an arch villain can defy the cops of an entire nation (occasionally, most of the world) and still fall before the combined efforts of the hero, his comic sidekick, and a faithful pooch. I forgive completely illogical turns and plot elements, ascribing them to artistic license. I mumble a puzzled “What the—!” or “How the—!” or even a “Why the—!” and move on.
Leader is one of those (thankfully rare) films that’s a “What/Why/How the—!” moment from beginning to end.

END_OF_DOCUMENT_TOKEN_TO_BE_REPLACED

Mehboob Khan, who directed Aan, Andaz and Mother India, also made this unusual film. It explores themes that were avant garde for the 50’s: a man’s sudden succumbing to sheer lust, while being in love with another woman; a woman’s sympathy for `the other woman’; a villain who’s shades of grey rather than totally black-hearted. Not exactly standard Bollywood fare. There are clichés of course, but on the whole, this is worth a watch.